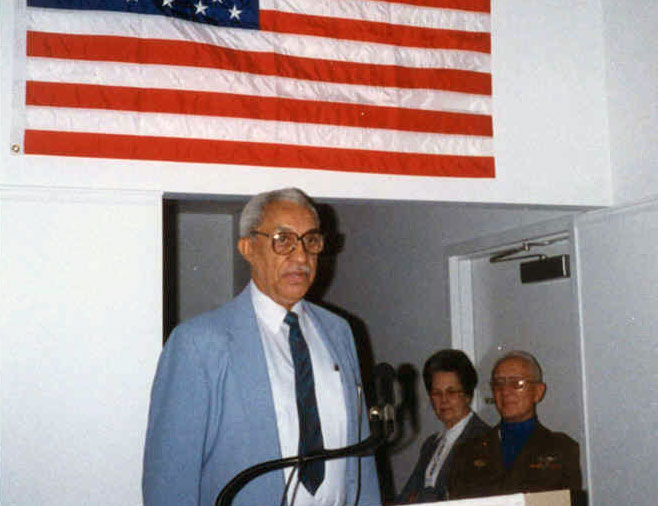 Louis at the museum for the dedication of his B-25 Bomber display. 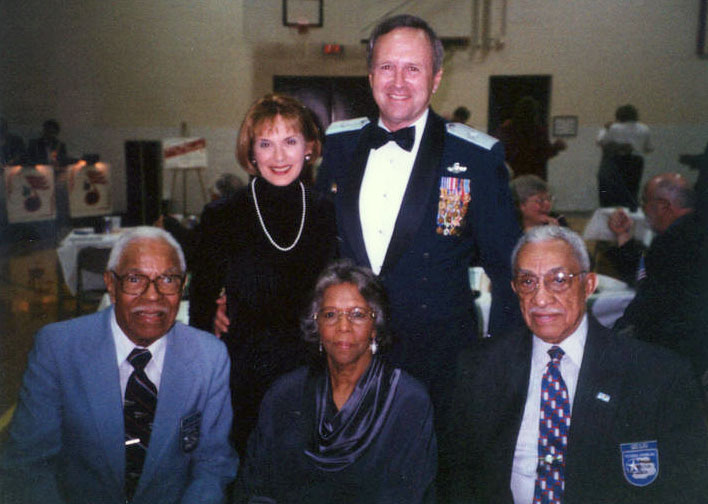 Major General Mark Pillar with Walter and Louis at the Honoring Veterans Banquet in Columbus, Indiana.

Louis and his fellow Tuskegee Airman, Walter Palmer, Class 43-F, were long-time friends and supporters of the Atterbury-Bakalar Air Museum. The Indiana Aviation Hall of Fame display at the museum honors the Tuskegee Airman

We are honored to have known you, Louis.

Louis Hill's B-25 in 1/8 scale, on display at the Atterbury-Bakalar Air Museum 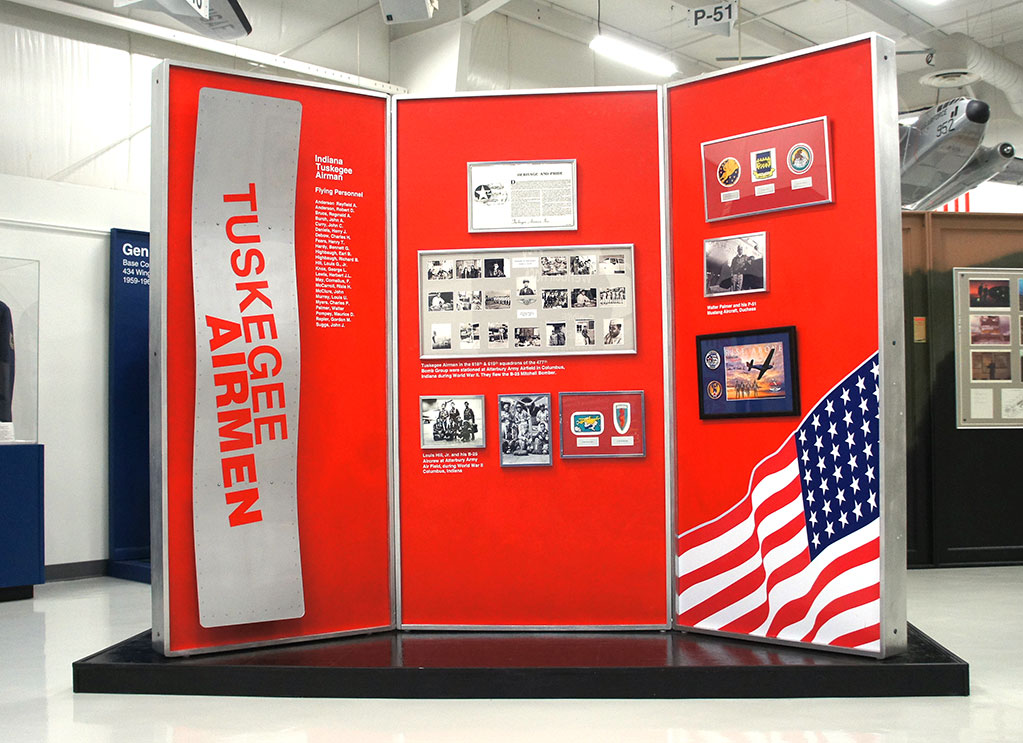 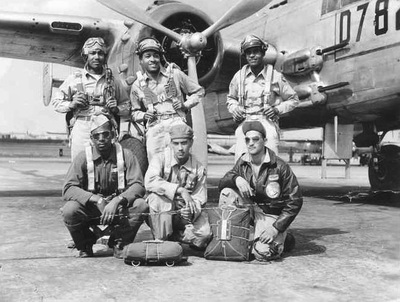 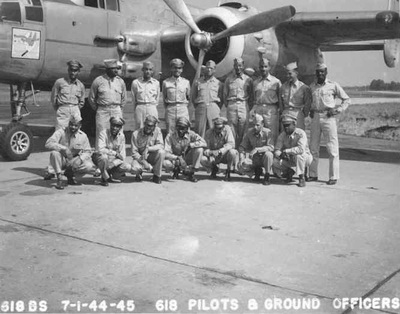 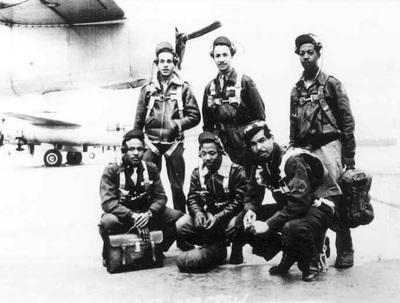 Tuskegee Airman of the 618th and 619th Bomb Squadrons (M) of the 477th Bomb Group (M) in training at Atterbury Army Air Field in Columbus Indiana during World War II. They flew the B-25 Mitchell Bomber like the ones in the photographs. Louis Hill and his crew pictured on the right. (Click on photos to enlarge) 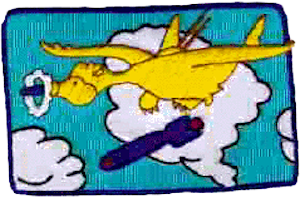 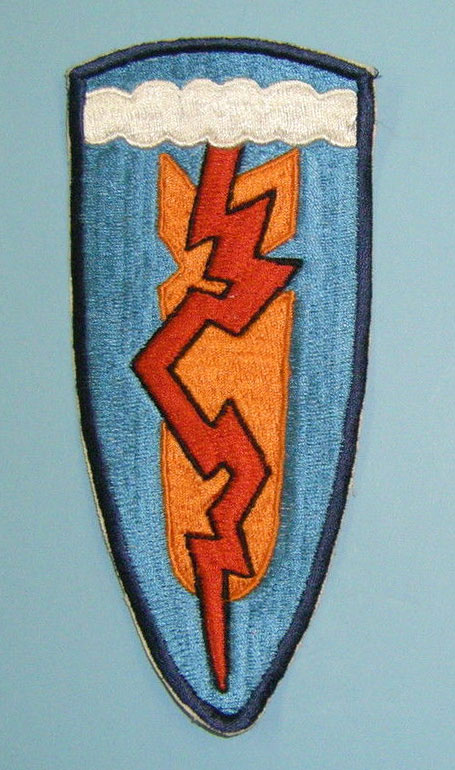 There is a monument dedicated to the Tuskegee Airmen located on Bakalar Green between the Control Tower and Rotating beacon a short walk from the Atterbury-Bakalar Air Museum front door. 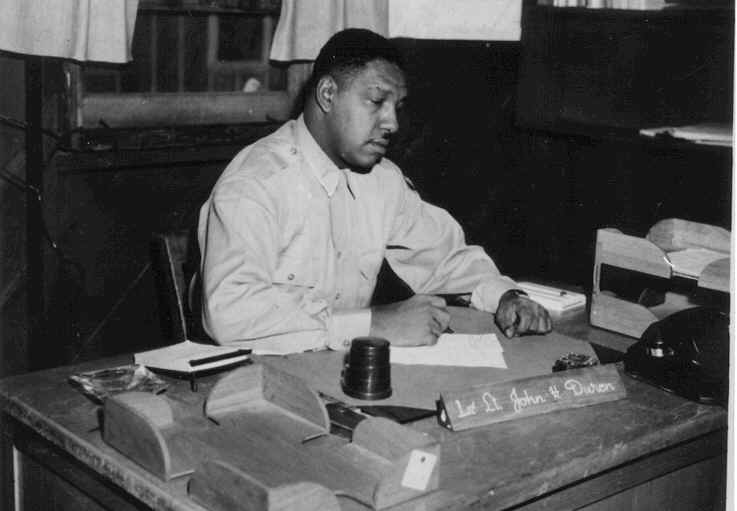 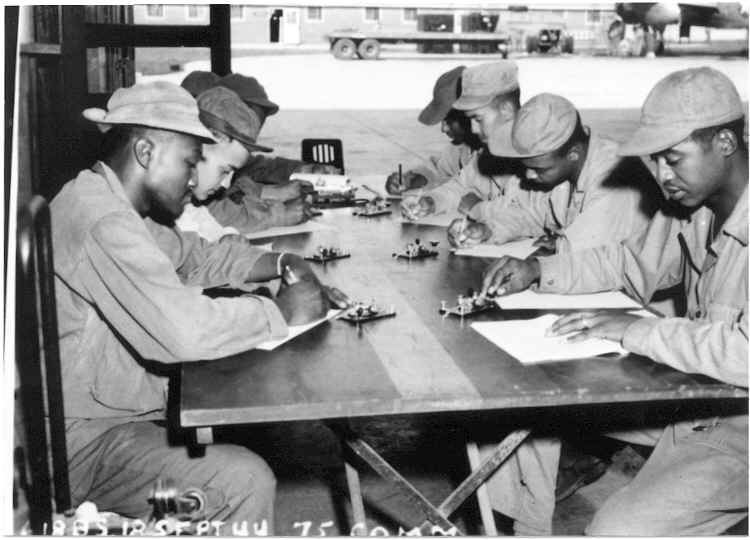 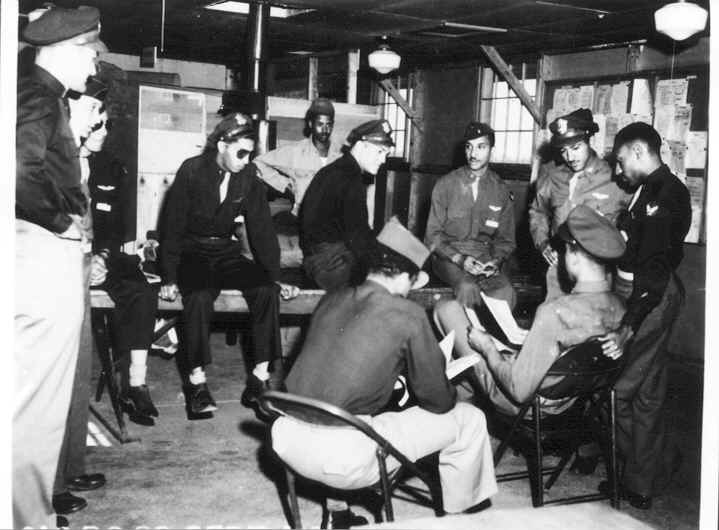 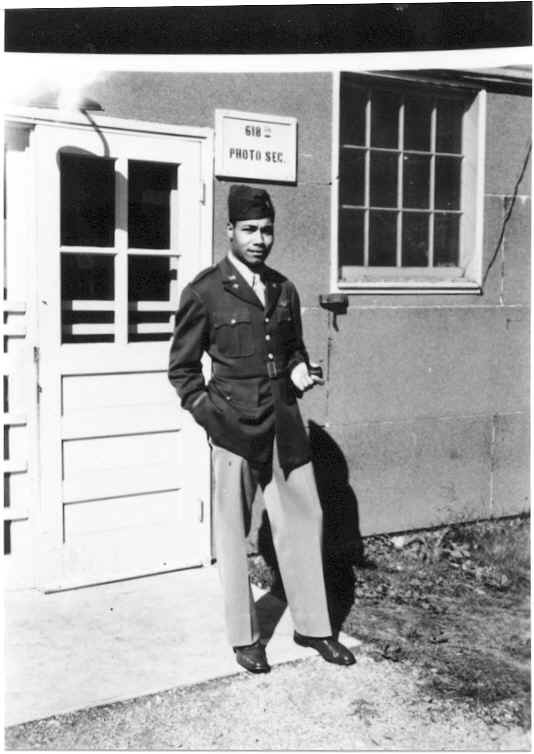 The climate for race relations was extremely negative during WWII. Not only did we as Negro soldiers feel the hate of our global enemies, but we were forced, both by Army regulations and local policies, to endure severe racial segregation all over America as well. It was in this atmosphere that the Tuskegee's Pilot Program, better known as the Tuskegee experiment, began. We, as young men were determined to prove ourselves capable of the challenge and we succeeded. We first of all wanted to fly.

While in the States, we often heard of the successes of the 332nd Fighter Group, of which my friend Walter Palmer was a member. We knew through the press of Brazil, Indiana's Charlie Hall's shooting down of the FW190. The first Negro Airman to score a victory. We heard of the losses too - Harry Daniels and Burton Highbaugh, young men friends of mine from Indianapolis I'd known all my life. Burton's brother, Richard was in our group, the 477th Bomb Group (M).

It was a violent war, fueled by passion and fear. It was a tragic time when hate and prejudice forced nations to bicker and fight. It was a time when our enemies (the Axis) Japan, Italy, and Germany committed many atrocities against their own citizenry, as well as against citizens of other countries in what later became known as the Holocaust ,served by the horrors of the concentration camp. It was a time scarred by these hates. President Roosevelt spoke so eloquently of Pearl Harbor, as Japan's Day of Infamy. This stirred us. It was a season in the World's time when young men and young women inspired by words like patriotism and loyalty came together all over the nation and volunteered their services. We served too. President Roosevelt told us we had "nothing to fear but fear itself." We believed that. Such was the climate. I volunteered and was sent to Tuskegee to learn to fly. After completing flight training and transition training in B-25s, I remember our coming to this place. We had been to Selfridge Field outside of Detroit, Michigan and Godman Field near Louisville, Kentucky, and here at Atterbury Army Air Field, where we learned skip bombing and perfected instrument flying. I remember Bill "Shack" Heyward, my Navigator, and his cool, quiet personality, a steadying influence upon us all. We called him "Shack" because of his accuracy with the Norden Bomb sight. He never missed a target.

I remember the basketball games at Columbus High School, where Haldane King, from New York, played on our team, his brother "Dally" King, an alumnus of Long Island University, had been voted as an All-American that year. Halbert L. "Hooks" Jones was a forward, later one of the Chapters was named for him. He and I were Flight Leaders in the 618th Bomb Squadron (M). There were others too I remember, Ahmed Rayner, his parents owned one of the largest Funeral Homes in Chicago. Greg Harrison, a good friend and many more of my colleagues, I remember them too.

I remember playing against the teams from Cummins: one man, I don't remember his name, but he had played professional basketball with the Oshkosh, Wisconsin team. I see it so clearly now. The gym was packed with people. The cheers! I remember the townspeople and the welcome of the merchants. We often bought snacks, meats, crackers, sardines, and chips to fuel our bodies during our poker games. There was a great difference here than at Seymour. Although at Seymour, we had living quarters for our families, we disliked leaving Columbus. The people of Columbus were so much kinder and friendlier.

Rumors played a great part in our lives. Wars are uncertain. Gossip and rumors played a part, we call them latrine rumors. We were concerned about where we would go next. You, the fine people of Columbus, did so much to form a place for us. I remember the last time we were in Columbus, the taxi driver told us he hated to see us go. It was a mutual feeling.

Through the activities of many men ruled our destinies some prepared seeds of distrust in our futures and, despite this neglect within the War Department by not providing us with crews, we were prepared as pilots, navigator-bombardiers, engineers, radio operators, and armorers. We did not go to war. We were prepared though.

You, at this place, did so much to form a place for us. I thank you for that. I'm grateful for that.

Such was WWII that Winter of 1944. I shall never forget you.

GOD BLESS YOU ALL.