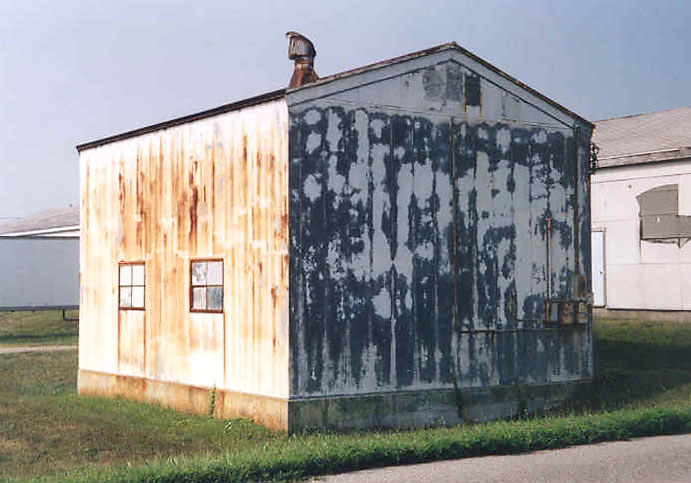 This building  is T-117 today, it was used for the storage of a "Mule" type switching engine for the Bakalar Air Force Base railroad system. 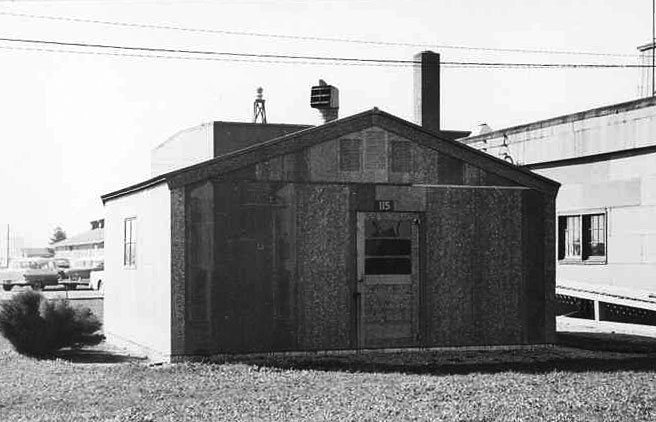 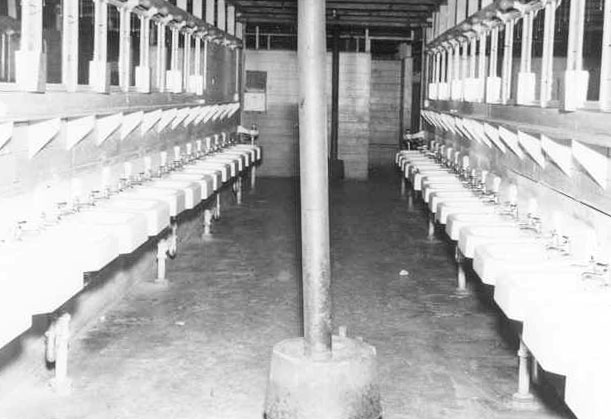 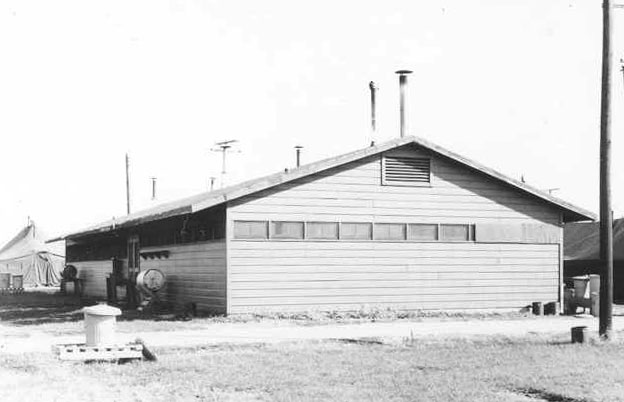 This building is T-40 Sanitary Latrine as seen in 1955, interior and exterior views. 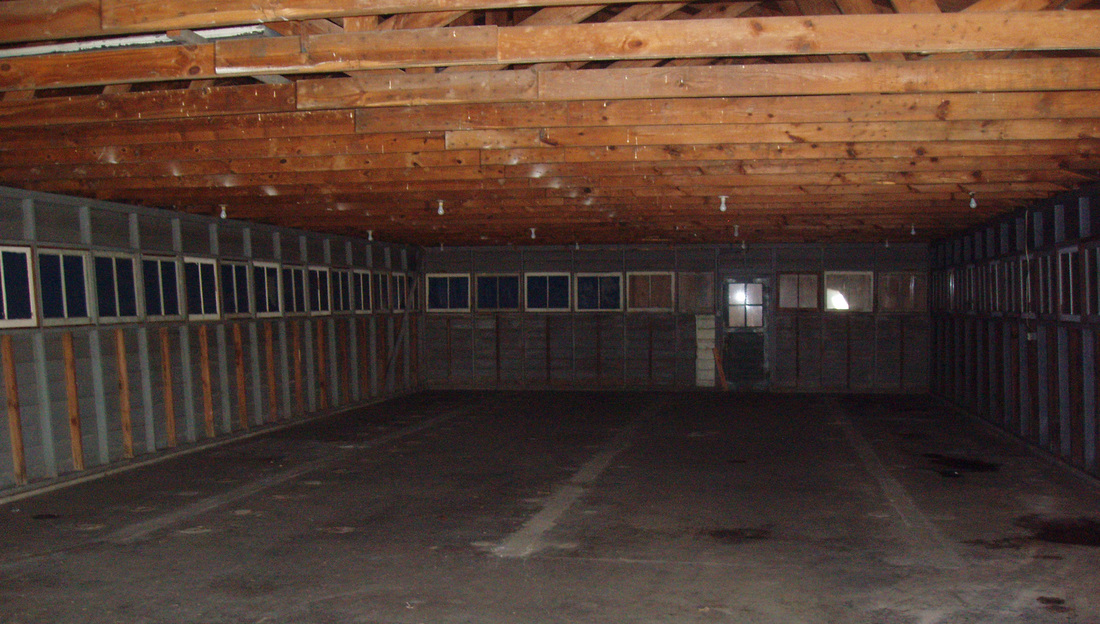 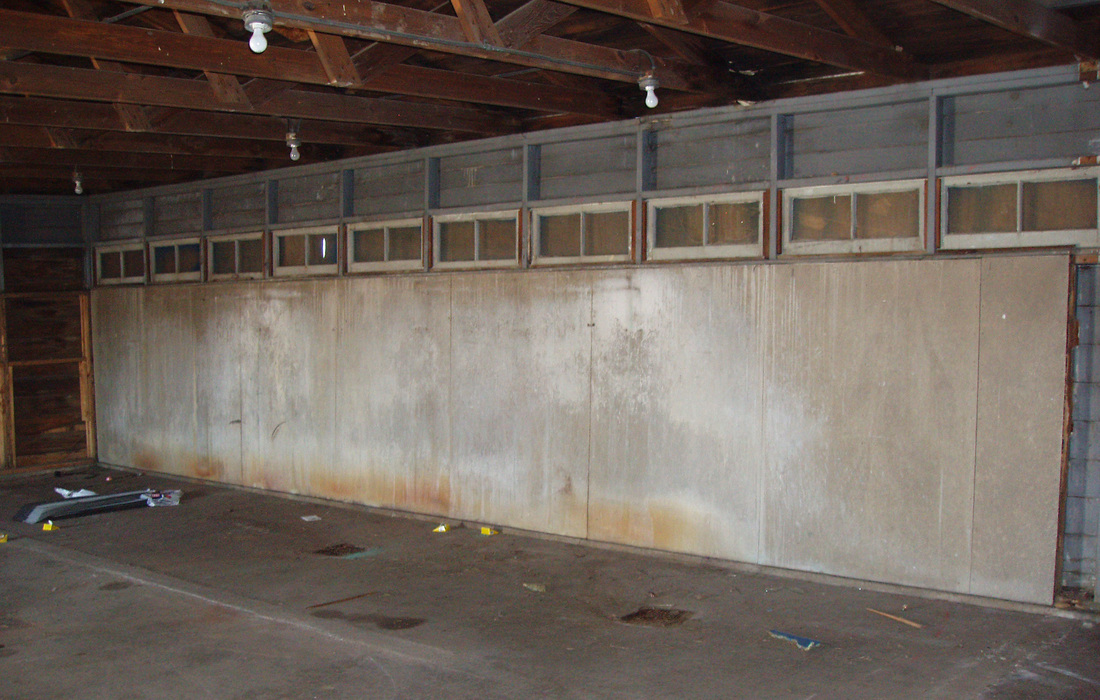 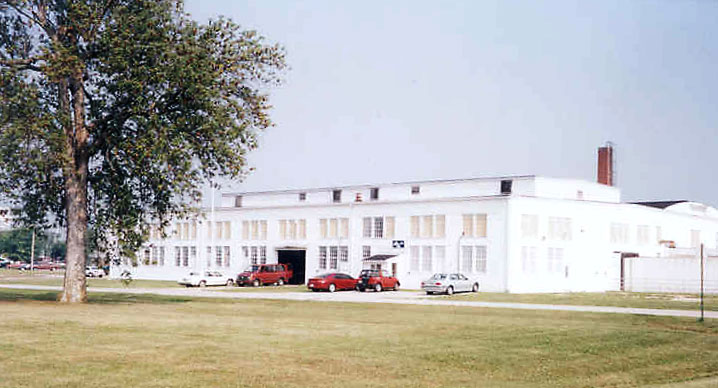 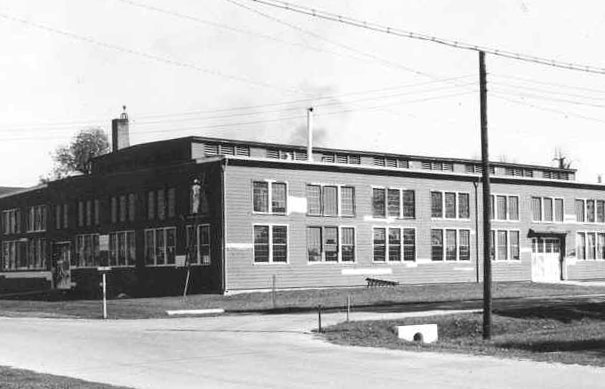 This building, T-110 Shop, FM, General Purpose, was the base maintenance shop as seen in the 2004 photo  it was demolished, and in 1955. This building was near the current airport terminal building. This was a large building with overall original dimensions of 160' X 120' and 49' X 40'

the demolition of Building T-110

This series of photos was taken in May 2004 during the demolition of Building T-110. The hanger building T111 can be seen next to T-110. The photo on the right is of the concrete foundation after the debris was cleaned up. 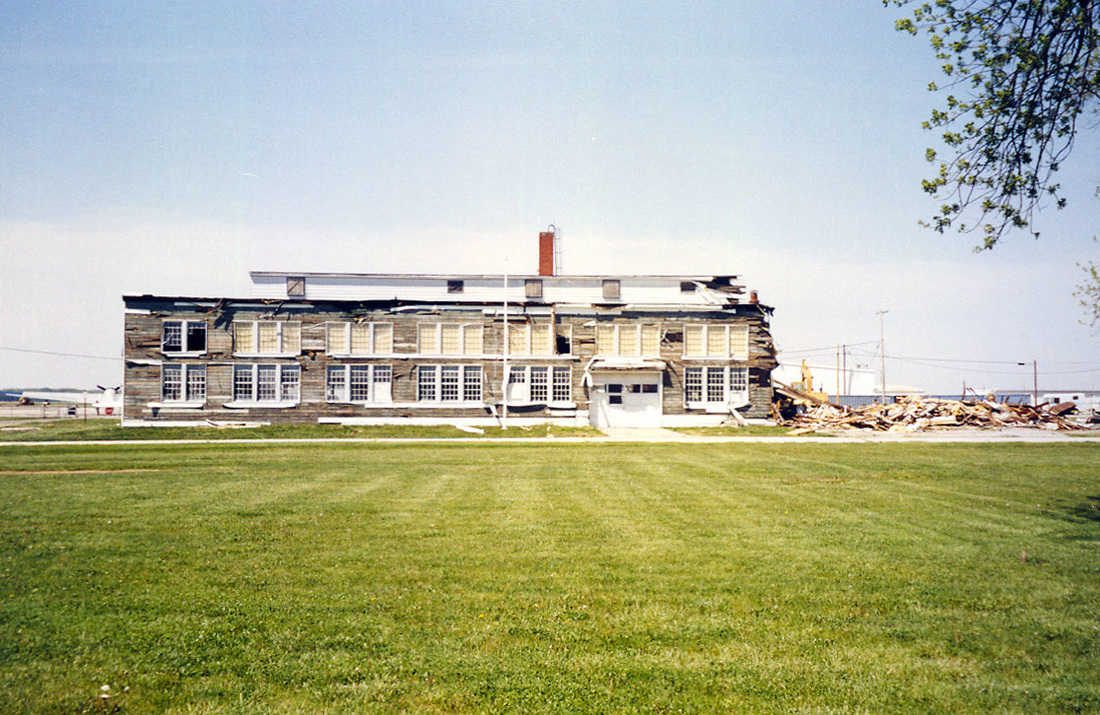 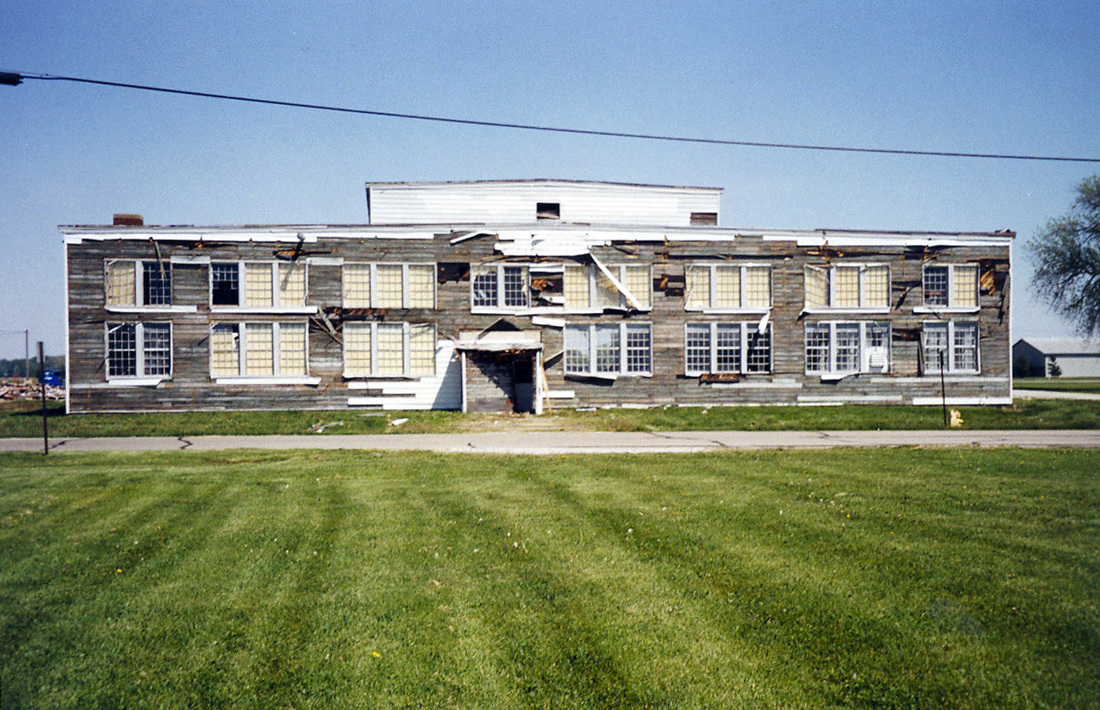 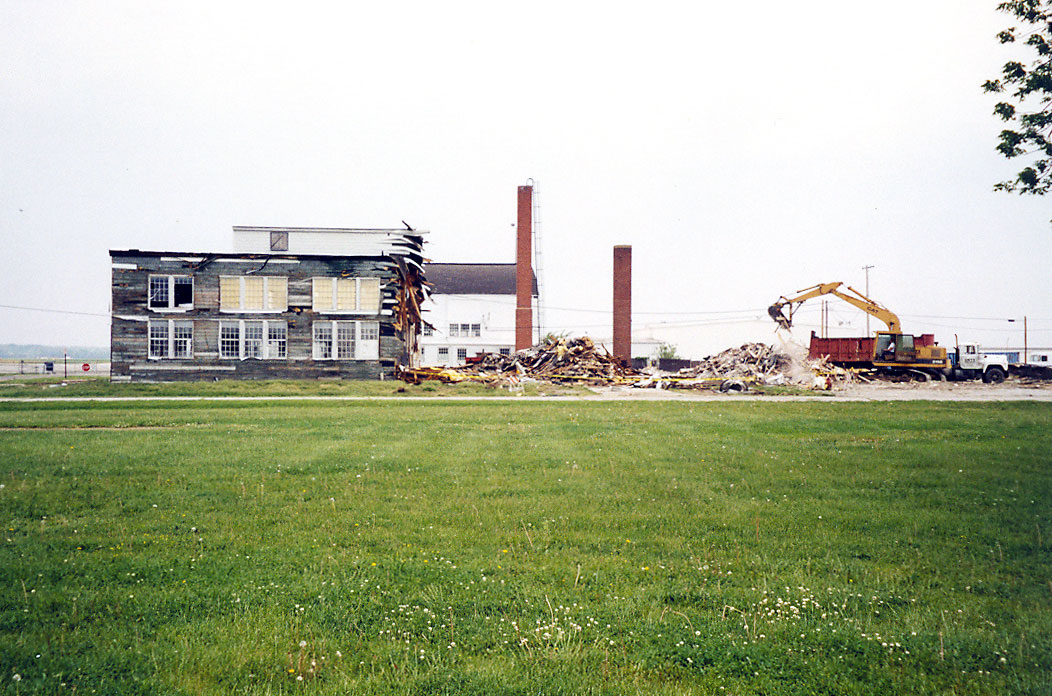 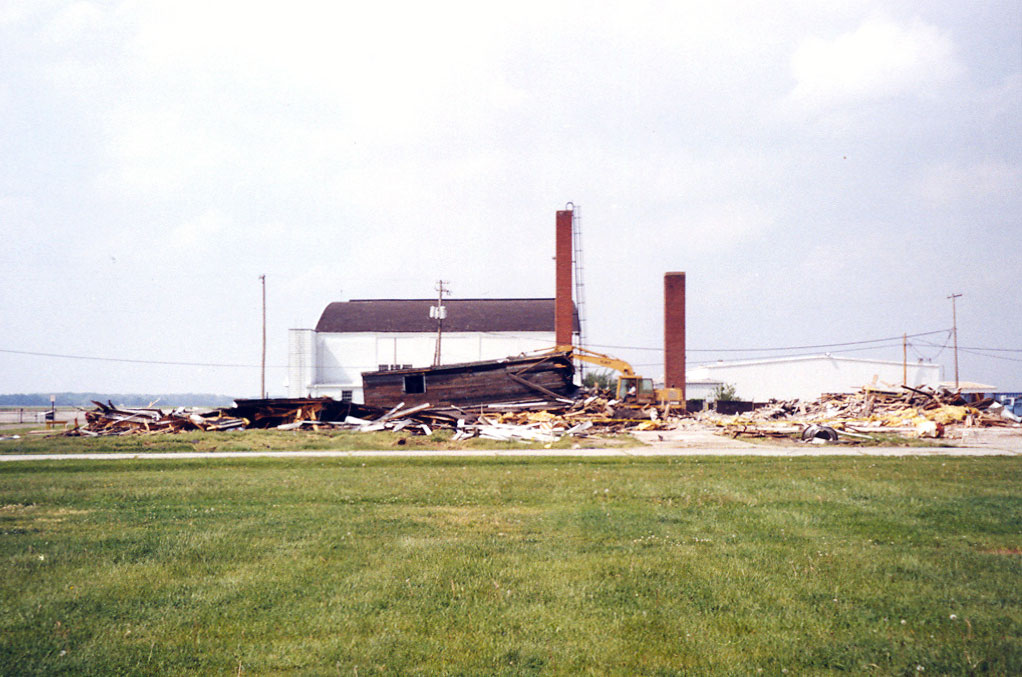 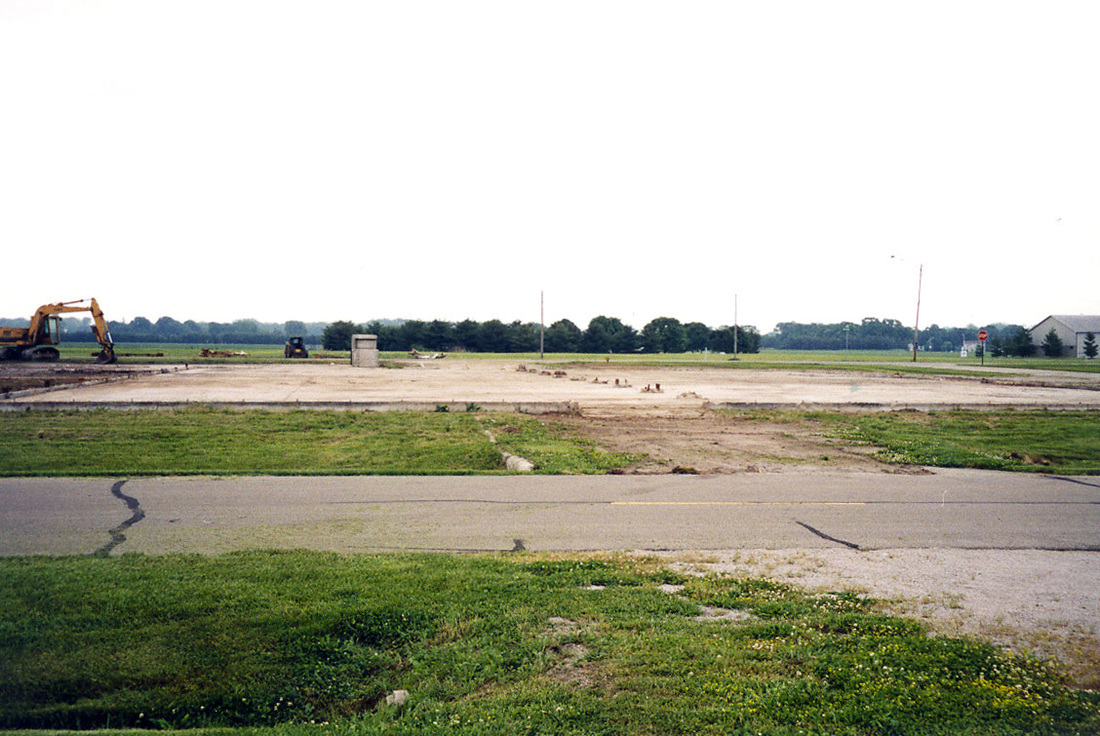 Current photo T-111 Reserve Hanger front view and view from over the old foundation of Building T-110 demolished in May 2004 with T-111 side view in the background. 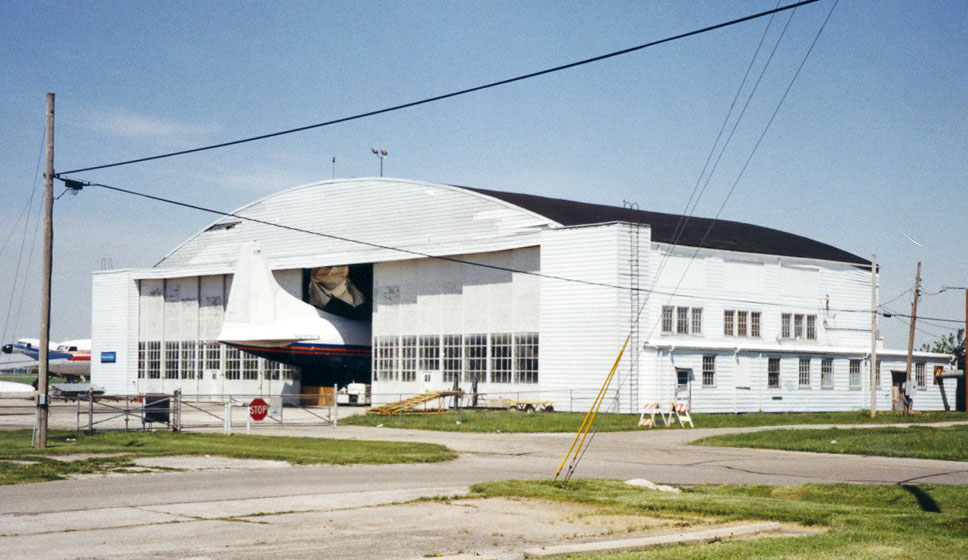 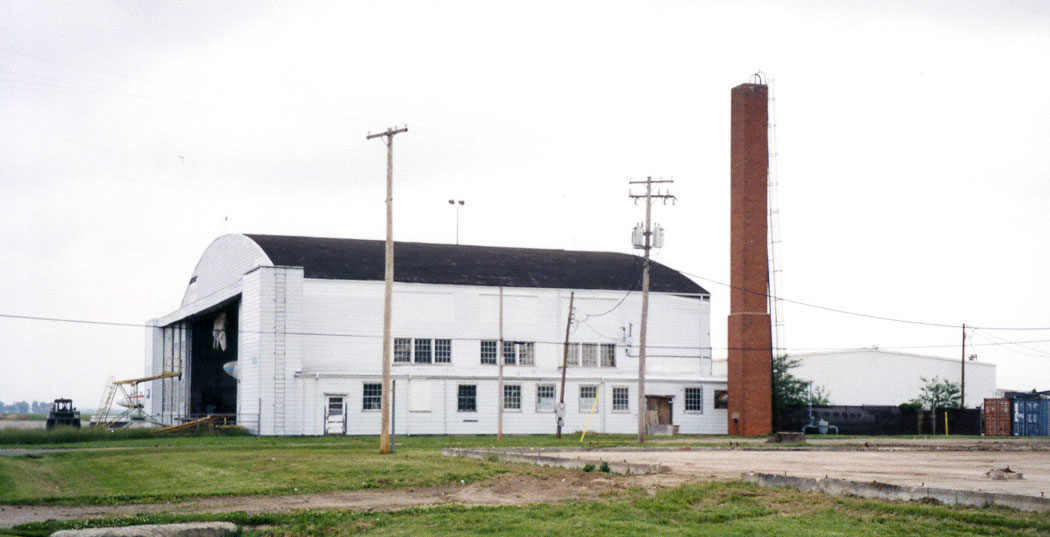 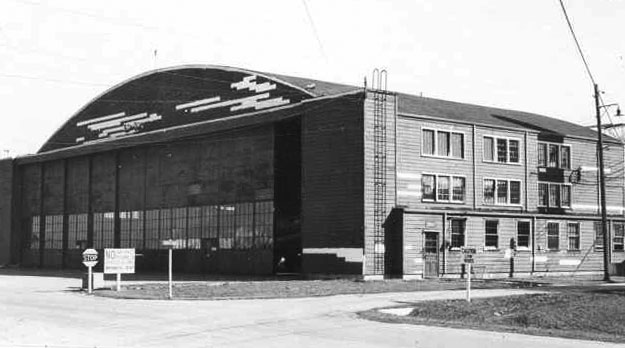 T-111 Reserve Hanger as seen today in the first two photos and as it was in 1955 on the last photo. This is now the "Rhoades Aviation" hanger and is located next to the current airport terminal building.

Special Note: Building T-111 Reserve Hanger is scheduled for demolition in the near future. 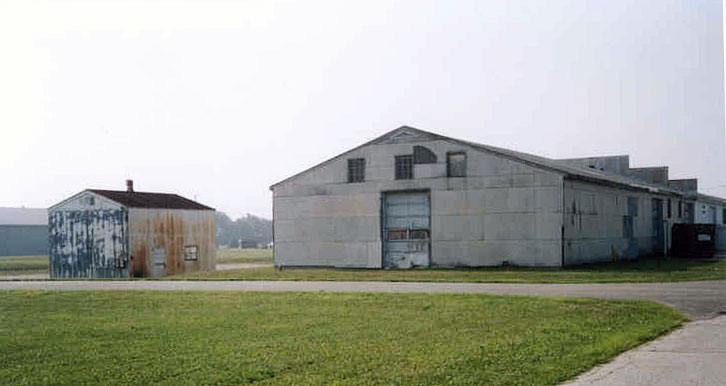 This building is T-104 Warehouse, Bulk as seen today with building T-117 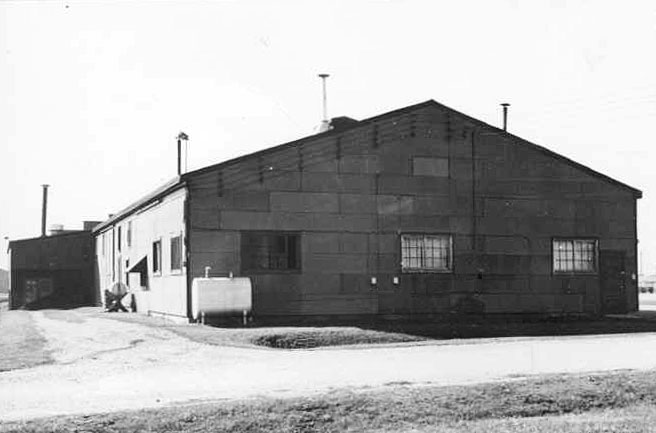 Many of the buildings constructed during WWII had tarpaper siding and were upgraded to a more permanent siding in the 1950s. Building T-101 is to the South of T-104 and has been updated with modern siding and has a more current look. Buildings T-85 and T-86 still remain and are to the south of T-104-101. 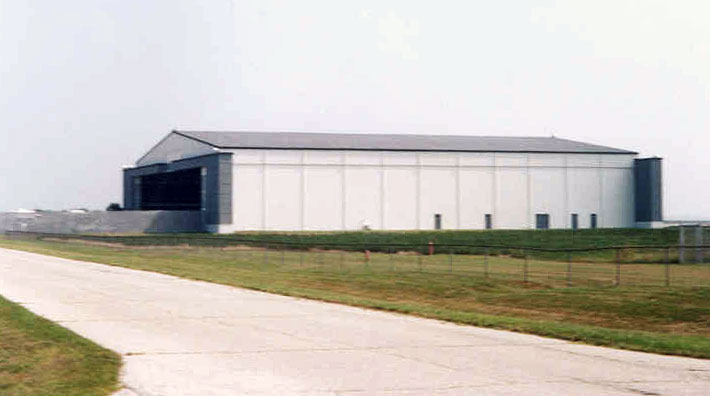 This is a current day photograph of building T-856 Maintenance Hanger, built for the C-119G aircraft stationed at Bakalar Air Force Base. This hanger was built in the late 1950s along, with the hanger's Deluge Building T-870, and water tank. Today this is known as the "Cummins Hanger." 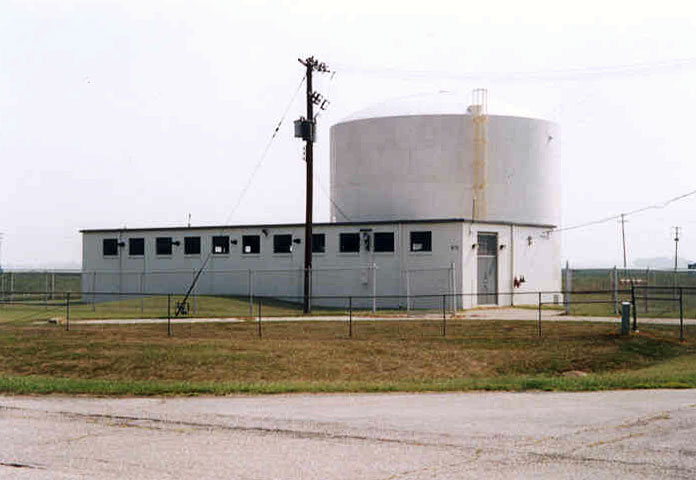 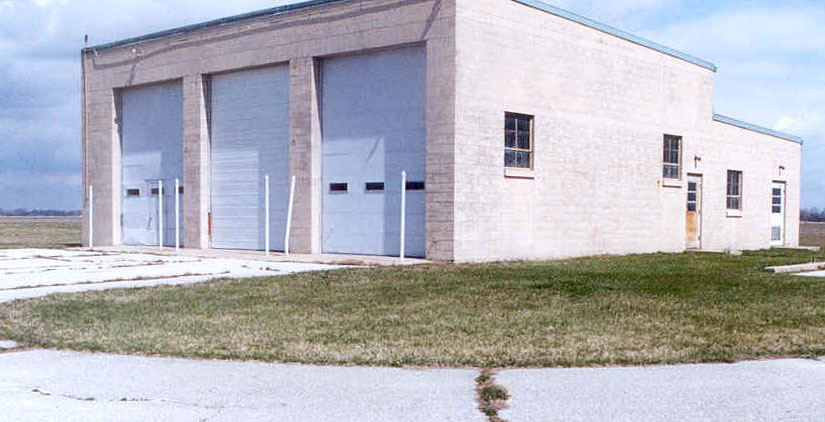 The former Fire/Crash Station, built in the late 1950s, which is now used to house airport equipment. In the bottom photo, you can see the control tower and former reserve hanger.

The building as it looked before civilian renovation started in August 1984. 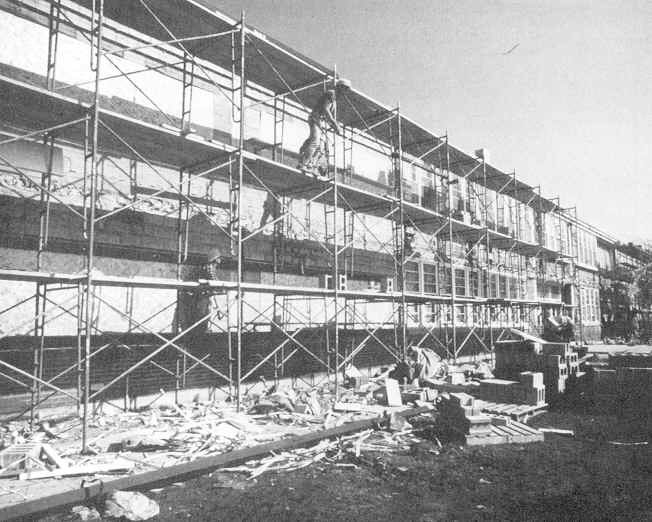 A photo of T-200 being renovated for Indiana University Purdue University Columbus. The building is still in use today by IUPUC.
Thanks to Lynne Sullivan of IUPUC for the T-200 historical photographs. 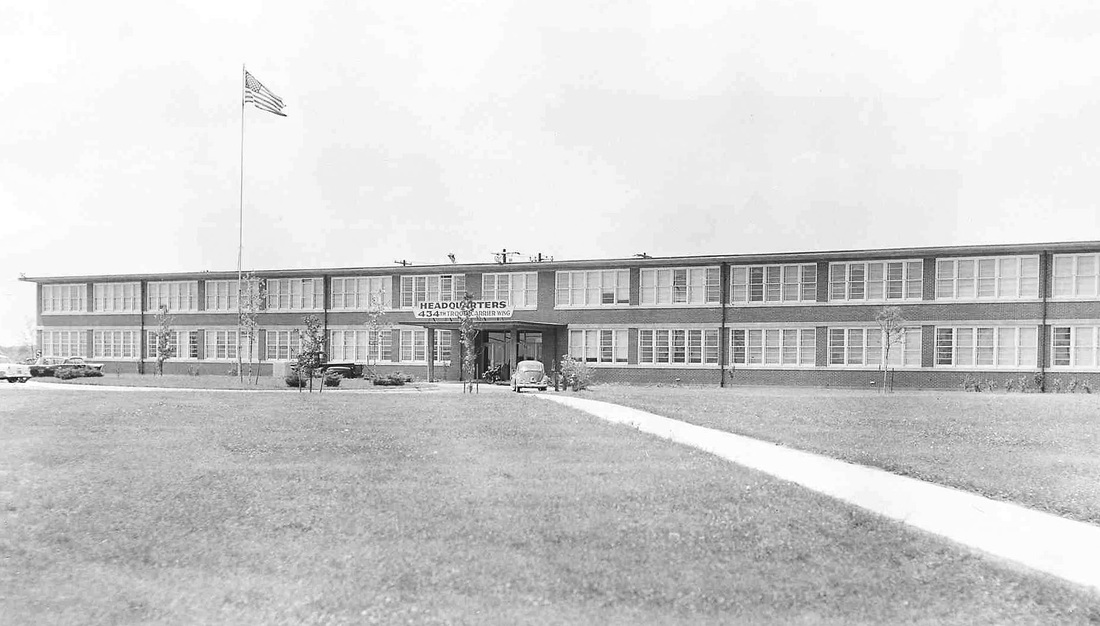 Building 200  when it was the base headquarters.
If you have any information, photos or documents indicating any tower reconstruction, please share it with the museum. At one time an Air Force mobile tower was on base during some tower updates.
- - - -