The museum has one of the best large scale model aircraft displays around and gallery visitors are understandably amazed at the quality and detail of the aircraft.

Below are photos of the construction of the B-24 Bomber scale aircraft, which is on display in the museum gallery. Glen Grube, Charles Abbott, and Joe Grube worked on the project.

The Grube Brothers' "Possum Works" was always a gathering place for museum volunteers to watch as they worked their magic, transforming pieces of wood and bits of metal into one-of-a-kind scale classic aircraft.

The skilled craftsmen designed and built these one-of-a-kind models at their shop in Columbus, Indiana called "The Possum Works," sort of a take off of the famous Clarence L. "Kelly" Johnson, Lockheed "Skunk Works."

The scale model aircraft were masterfully painted by Charles Abbott, a Cummins retiree. 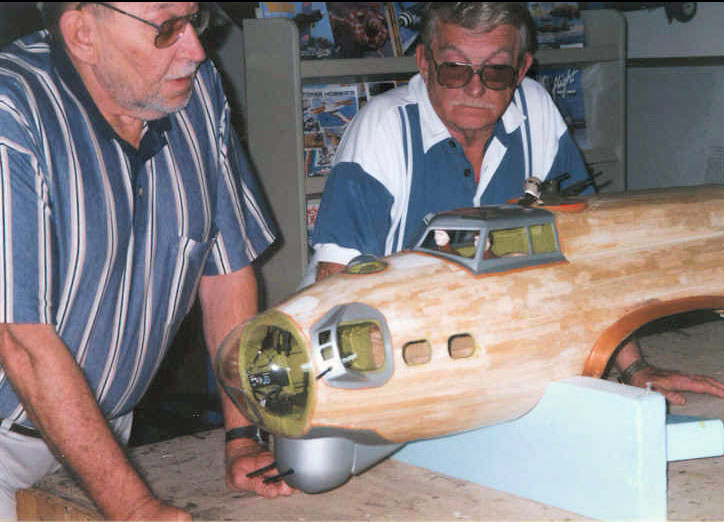 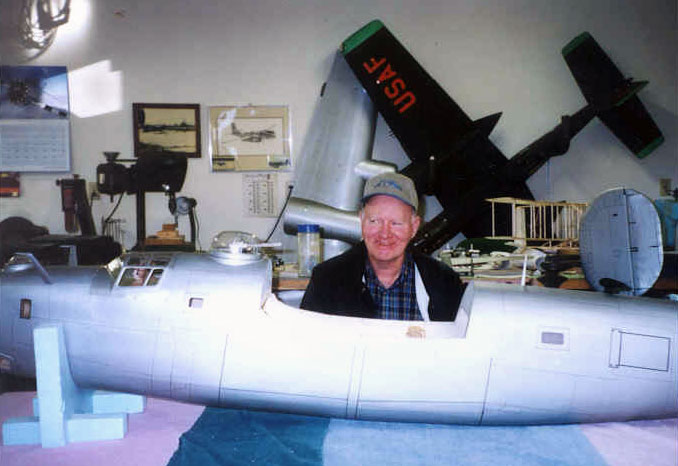 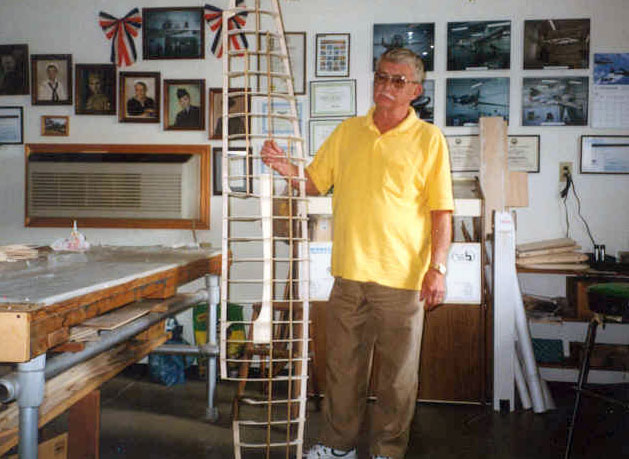 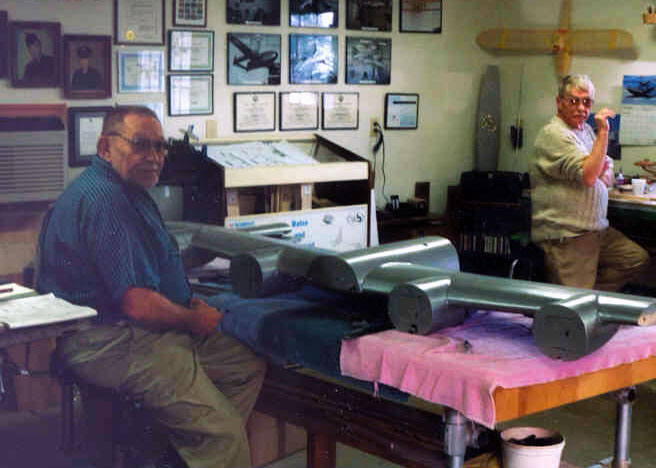 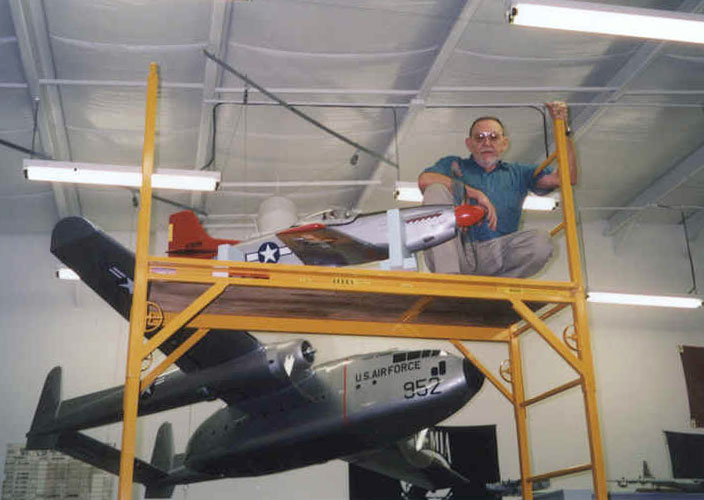 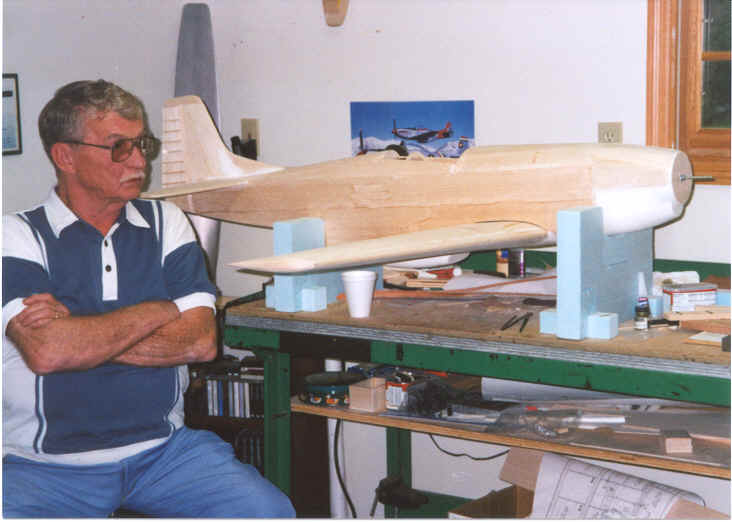 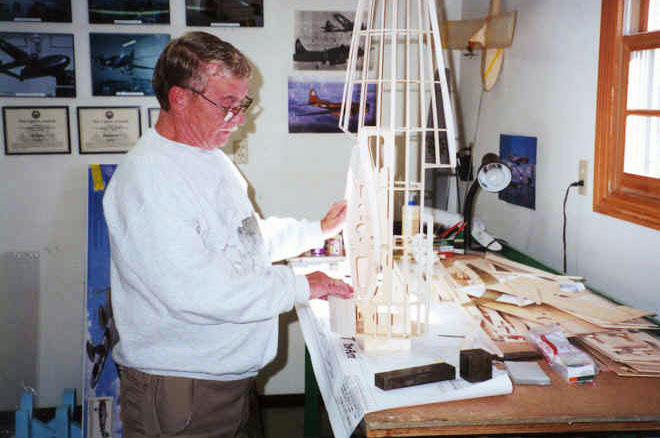 Glenn Grube working on the P-47 and P-51 projects at the Possum Works. 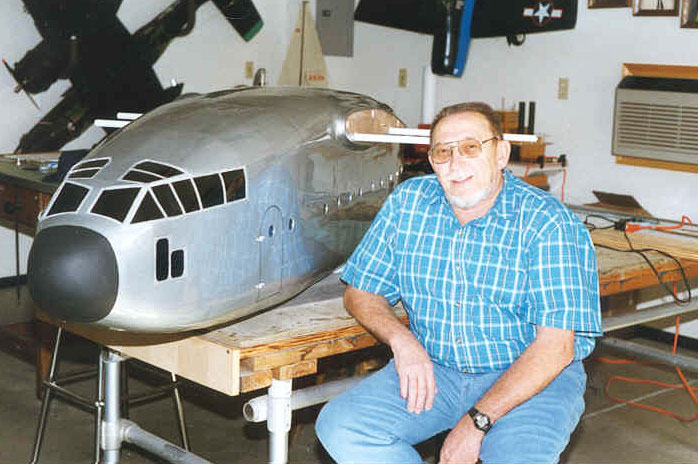 The Grube Brothers worked on scale model aircraft for display at the Atterbury-Bakalar Air Museum at their "Possum Works."

Bob Kirk, museum volunteer and former B-24 pilot, snapped these photos of the one-eighth scale B-24 construction project in progress at the "Possum Works." 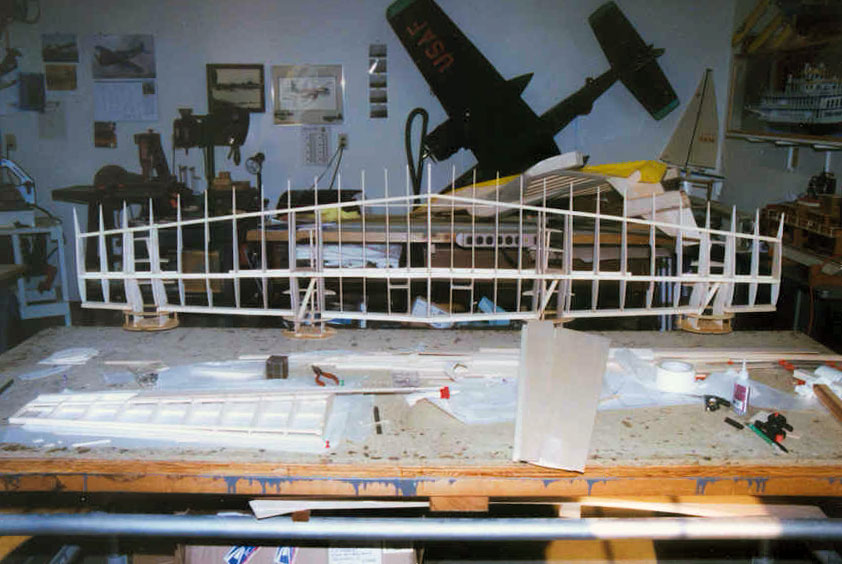 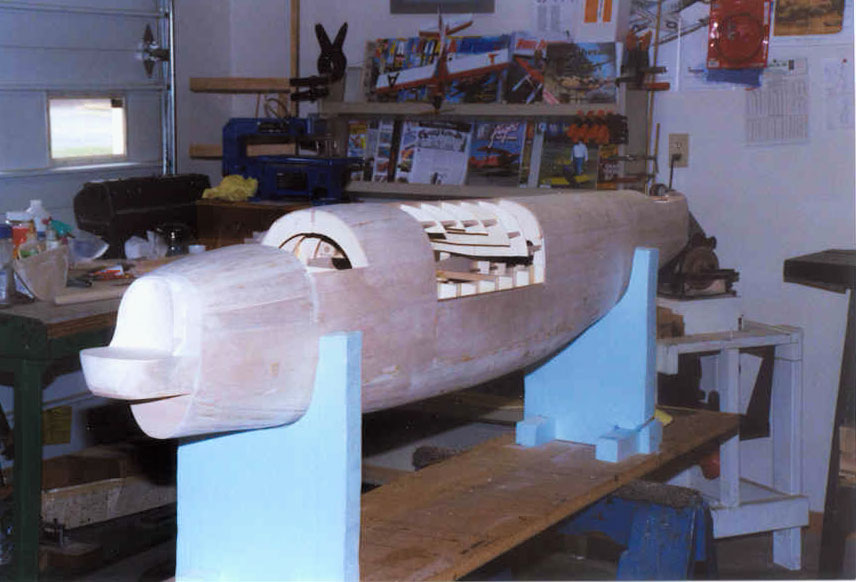 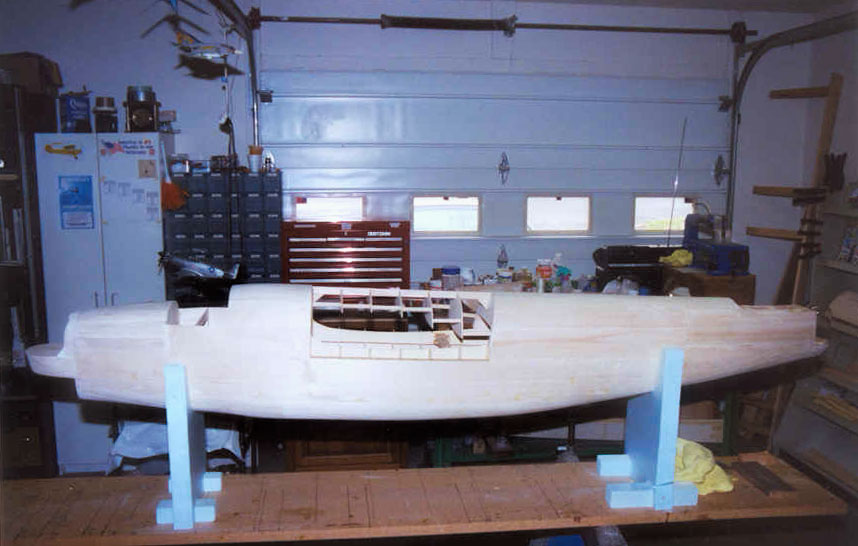 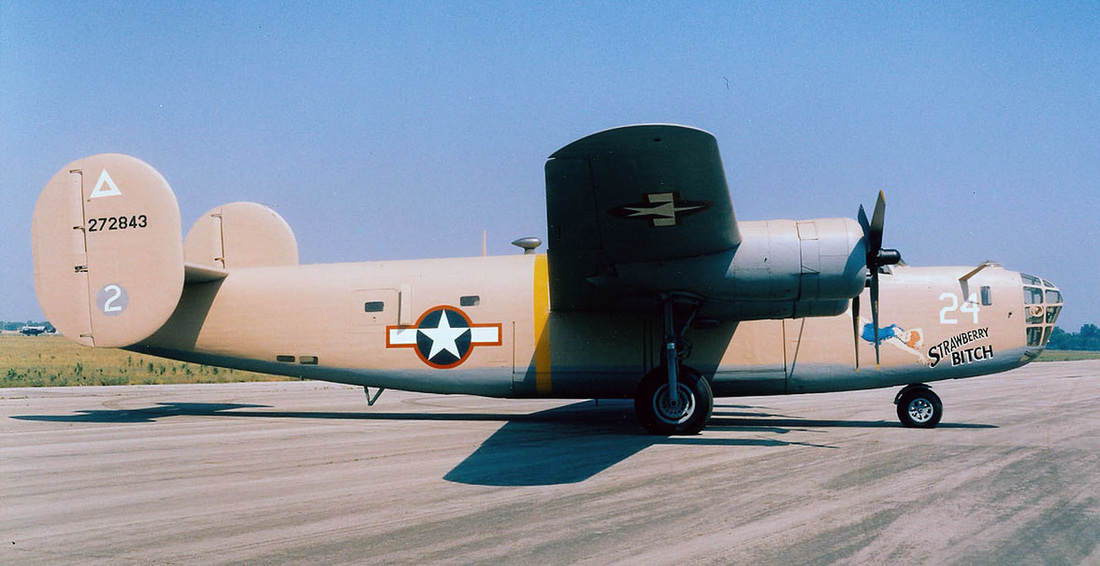 Consolidated B-24D-160-CO Liberator 42-72815 on display
at the National Museum of the United States Air Force.
Photo from Wikipedia.
The B-24 was employed in operations in every combat theater during World War II. Because of its great range, it was particularly suited for such missions as the famous raid from North Africa against the oil industry at Ploesti, Rumania on August 1, 1943. This feature also made the airplane suitable for long over-water missions in the Pacific Theatre. More than 18,000 B-24 Liberators were produced. 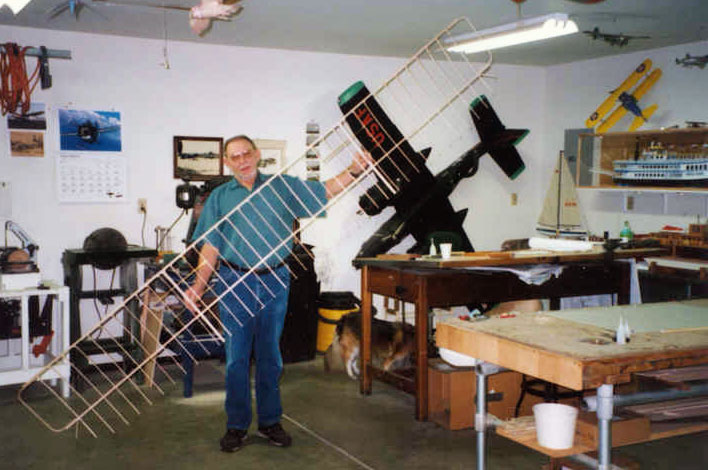 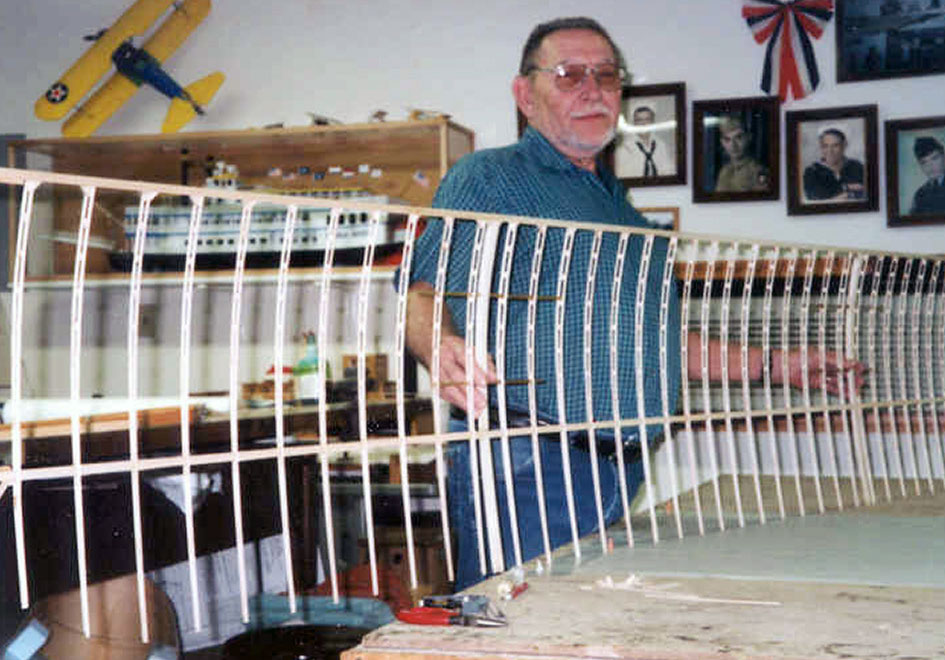 To fly the airplane, the pilot lay prone with his head forward, his left hand operating the elevator control. Lateral control was achieved by warping the wing tips in opposite directions via wires attached to a hip cradle mounted on the lower wing. The pilot shifted his hips from side to side to operate the mechanism, which also moved the rudder. 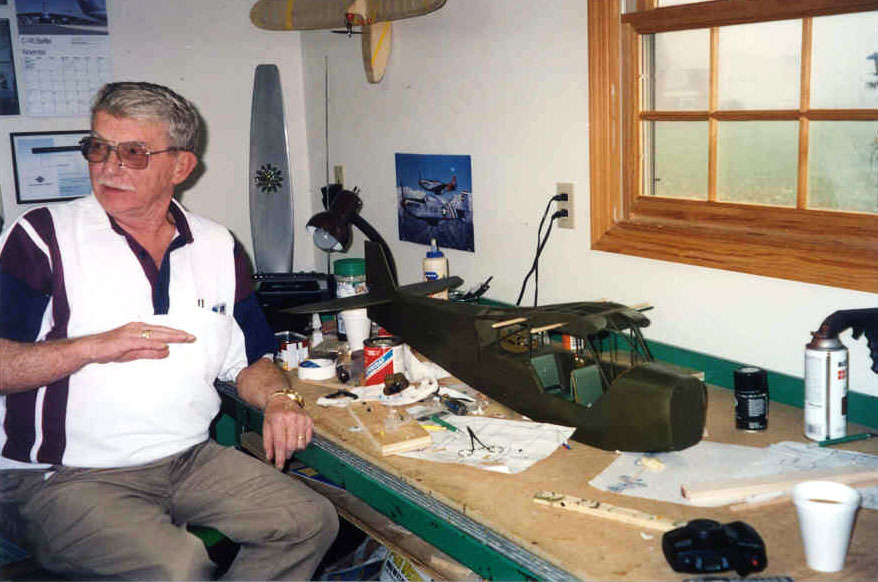 Glenn Grube working on the 1/8 scale L4 at the "Possum Works." 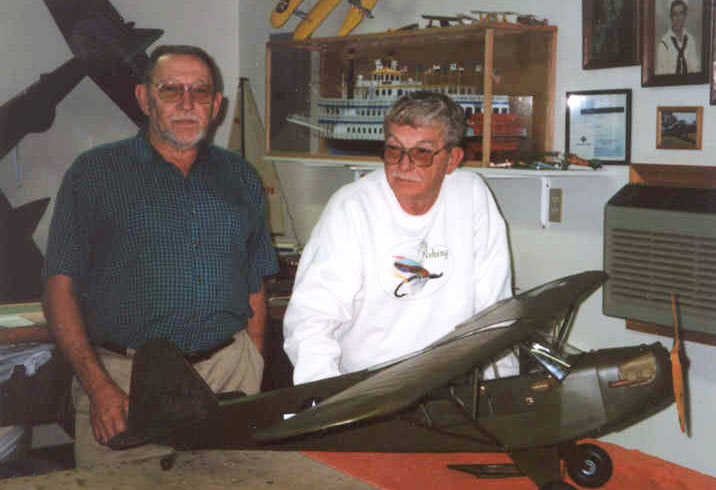 Joe and Glenn Grube putting the final touches on the L-4 at the "Possum Works."  L-4 aircraft were used at the Atterbury Army Air Field as part of the Glider training.