The air base went through many name changes from its start as the Columbus Air Support Command Base to Atterbury Army Air Field in 1943, until the base closing in 1946. The base reopened as Atterbury Air Force Base, then renamed Bakalar Air Force Base in October 1954.

Bakalar Air Force Base, 1950s
T89 Base Control Tower. The original 1942 tower was believed to be of wood construction and replaced around 1954 with the metal style construction. (tower still used today, second photo) 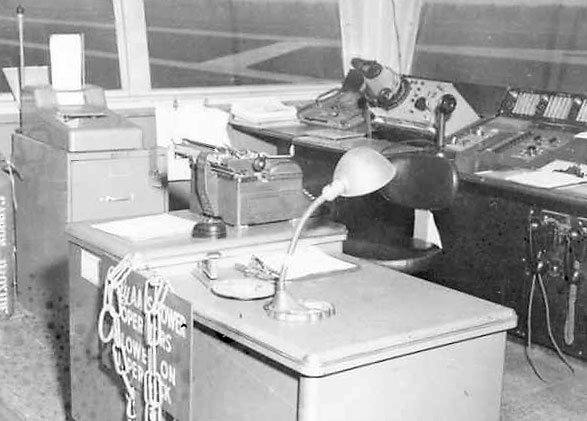 Interior view of the tower, circa 1955 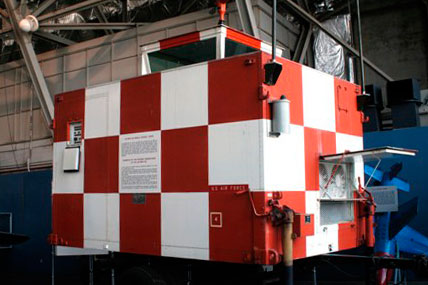 Mobile Control Tower
During winter, 1963, a mobile control tower was used while the regular control tower underwent repair and renovation. The control tower was refloored and rewired. The mobile unit was a scarce item in the Air Force stockpiles and was obtained from the11th Mobile Group's Detachment 7 at Edwards Air Force Base in California. It was flown to Bakalar Air Force Base by the 434th Troop Carrier Wing on a C-119G Flying Boxcar. Local members of Detachment 1, 1951st Air Force Communications Squadron found out was not equipped with a heater. The tower rewiring work was done by Air Force personnel of the Major Depot Assistance team at Bunker Hill Air Force Base (now Grissom Air Reserve Base) near Peru, Indiana. The photo  was taken in 1981 and the tower is still in its red and white checkerboard paint design. 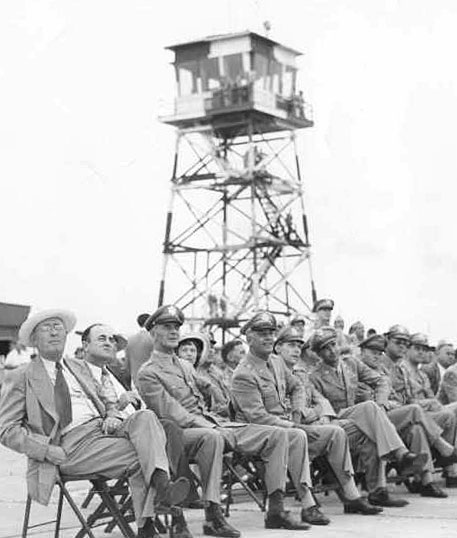 The wooden control tower photo in a 1940s photo and one in a late 40s or early 50s photo, actual date unknown. 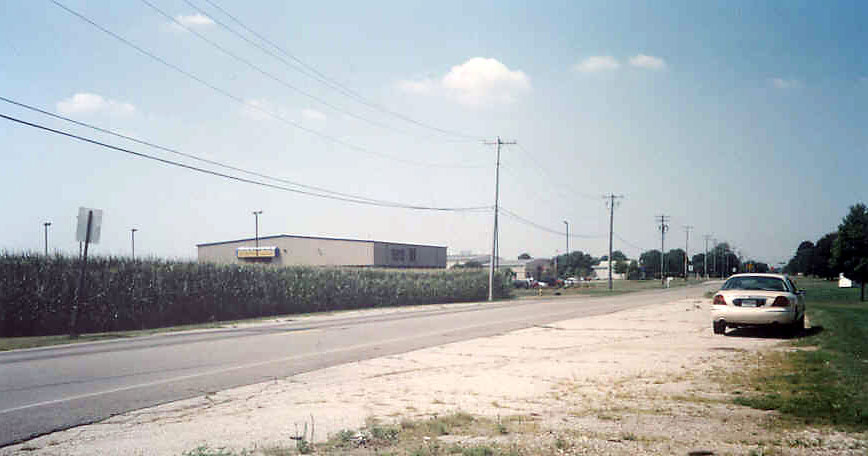 A current day view of where the Base Security Gate used to sit. 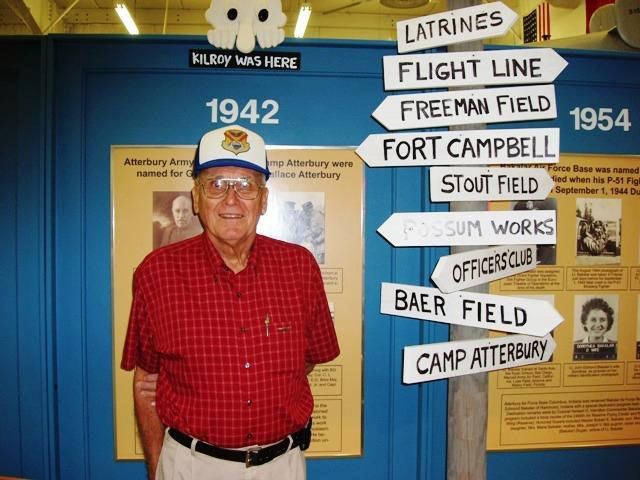 Ed Kuehling was the owner of this 1948 Crosley automobile being waved through the base gate above, during the Annual Training of 1958. Pictured  is Ed at the museum attending the August 22, 2009 434th Troop Carrier Wing reunion at the former Bakalar Air Force Base.

NCO Club Zebra Room, featuring cocktail furniture, indirect lighting, a 27" TV set, wall-to-wall carpeting, and a large fireplace, was a popular place with the non-commissioned officers according to the Bakalar Air Force Base Directory and Guide, circa 1957. The NCO Club was located near the BX. The BX was in building #97 along with the snack bar. The Service Club was in building #77, which had free coffee and doughnuts served every Sunday morning between 0900 and 1000 at a special "Coffee Call."
T89B Control Shed RW Lighting and interior view. Building T94 Synthetic Training building and interior view. 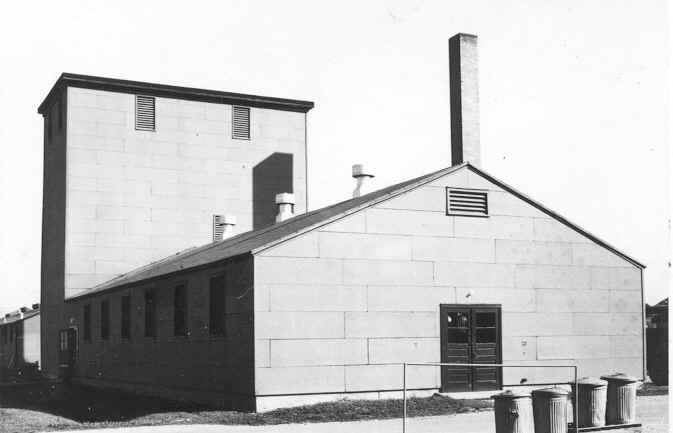 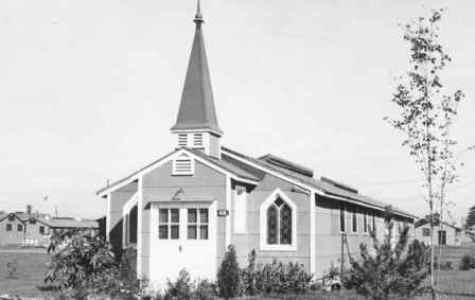 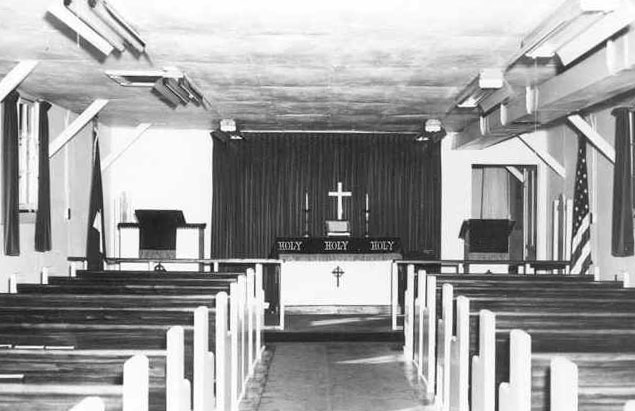 Building T48 Base Chapel and interior view. The Jeanne Lewellen Norbeck Memorial Chapel is now part of the Atterbury-Bakalar Air Museum-Bakalar Green complex.
Building T132 Family Housing
Building T-132 was the Base Commander's home, which was located in the middle of the airfield between the runways as seen in the April 11, 1960 photo on the right. Note the C-119G doing a run up on the runway. The Base Commander had to call the tower to get clearance to drive on the runways to his house. The Base Commander's call sign was Blue One, according to former base commander Major General John Hoff. The last base commander to live in the house was Lt. Colonel Kenneth Powers. When Colonel Hoff assumed command of the base in July 1959, he did not move into the house. It was used for storage after that date. 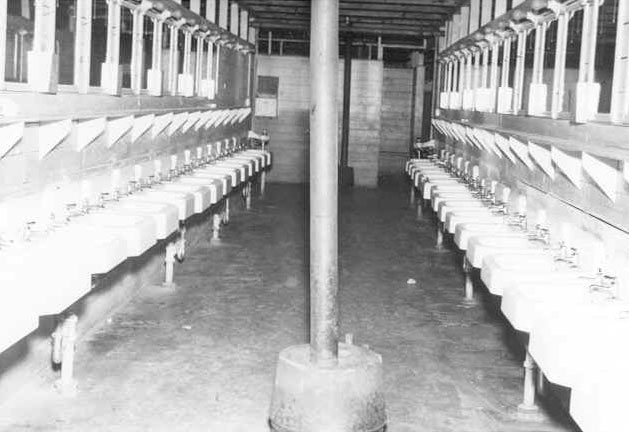 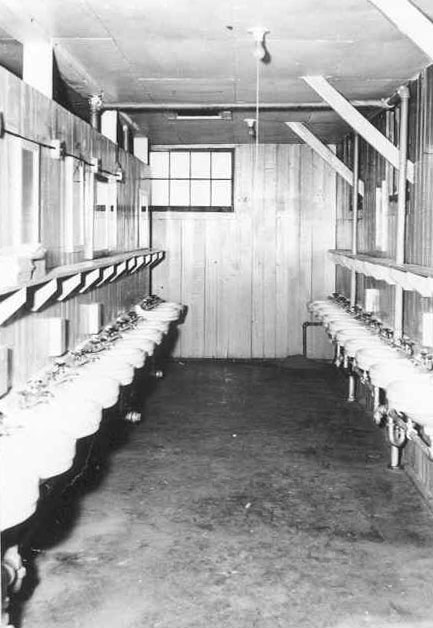 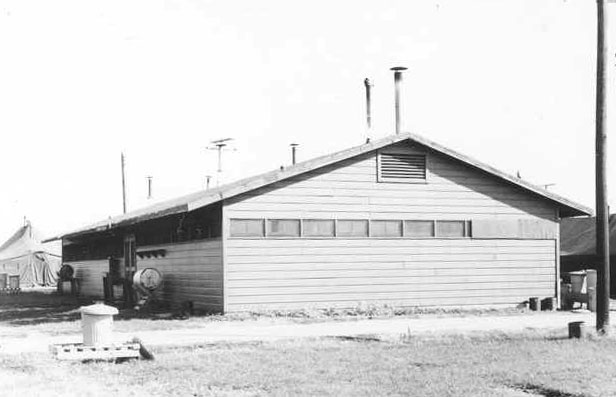 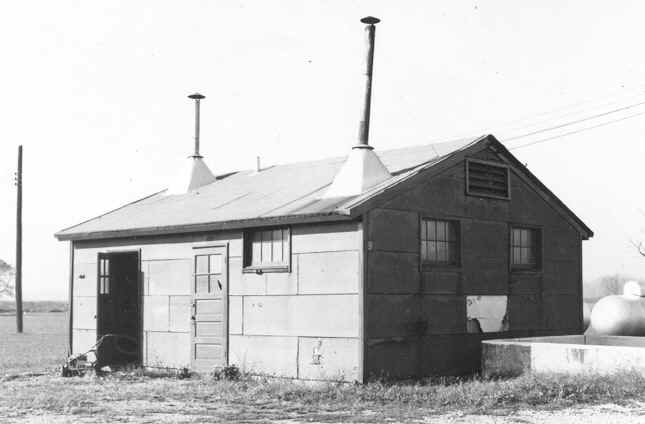 Building T40 Sanitary Latrine. Note the troop tents on either side to the rear of the latrine. Building T-40 was one of the few remaining buildings which was located next to the Atterbury-Bakalar Air Museum. Building T-40 was torn down March 28, 2007.
Were you stationed at Atterbury Army Air Field or Bakalar Air Force Base? Do you have photos, personal stories, or memorabilia that you would share with the Atterbury-Bakalar Air Museum archives and displays?