Bakalar Air Force Base (now Columbus Municipal Airport) was named in honor of 1st Lt. John Edmond Bakalar, who was killed when his P-51D crashed on September 1, 1944 in France during WWII. His photograph and military awards can be seen in the entrance to the Atterbury-Bakalar Air Museum. The 1st Lt. John Bakalar stone with plaque is in place at the entrance of the museum. This stone was by the former air base headquarters building when the base was active and then moved  near the base of the control tower later.

Bakalar Green at the Columbus Indiana Municipal Airport, the area between the airport's control tower and rotating beacon. is also named in honor of John Bakalar.

Born August 29, 1920 at Hammond, Indiana, Bakalar enlisted in the United States Army Air Corps at Fort Harrison, Indiana on January 26, 1942. He departed the United States on May 3, 1944 for the 353rd Fighter Squadron, 354th Fighter Group in Europe. 1st Lt. Bakalar flew P-51s in the 9th Air Force. He was killed on a combat mission just two days after his 24th birthday. 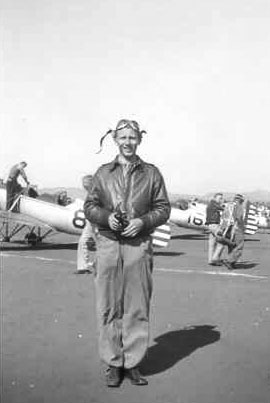 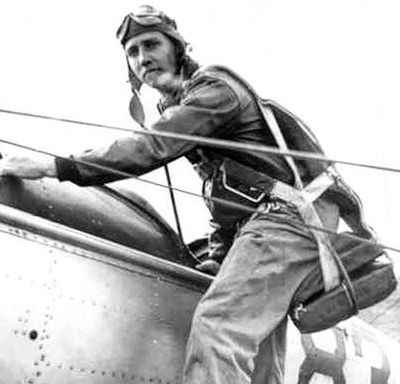 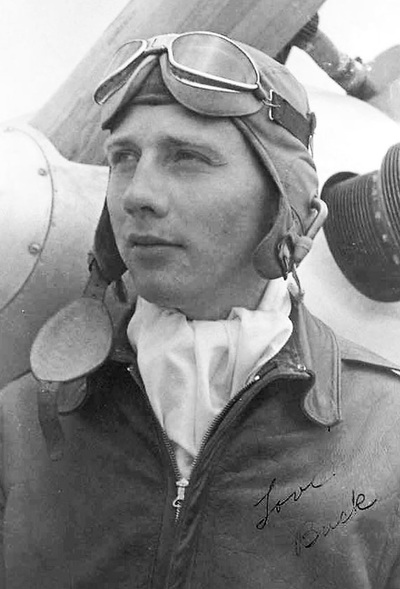 A snapshot of Cadet Bakalar at attention, with another airman by a P47 Thunderbolt Fighter, a 1942 photo of typical Air Corps Cadet training activities. 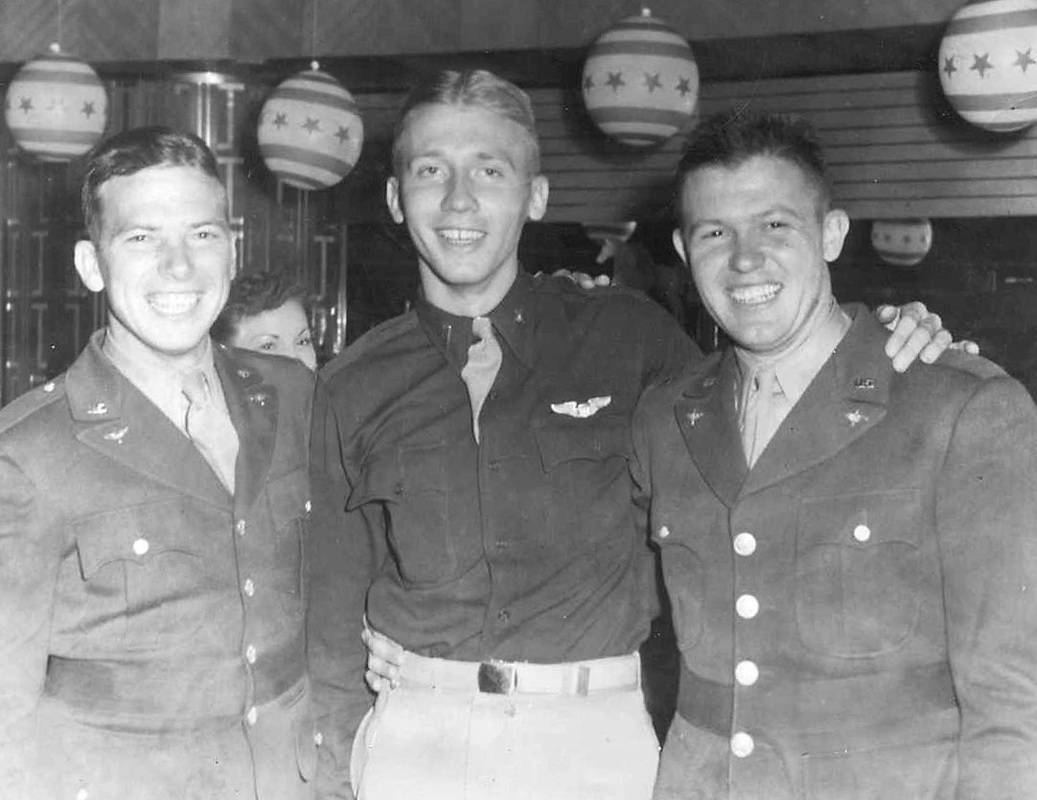 Lt. Bakalar, center, with a couple of friends. 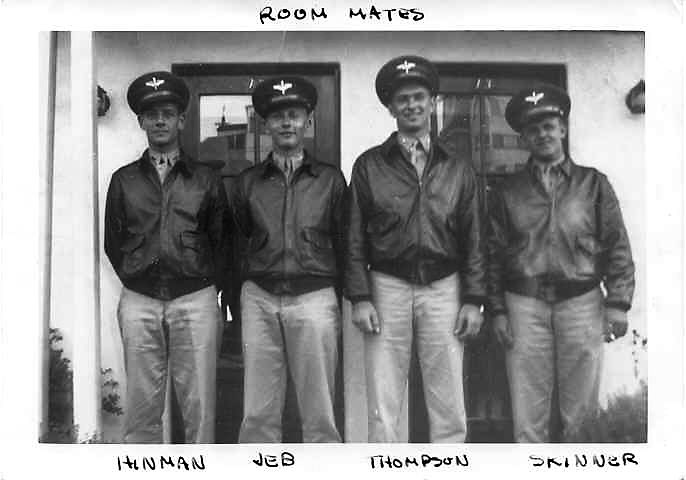 Lindbergh Field San Diego, 1942 - Bakalar is second from the left pictured with his roommates

This interesting artifact from the Bakalar collection is a receipt for a P-40F that Lt Bakalar picked up in Albuquerque and flew to Luke Field.

Photos from the November 13, 1954 dedication ceremonies renaming the Atterbury Air Force Base to Bakalar Air Force Base, hosted by the 2466th Air Reserve Flying Center. 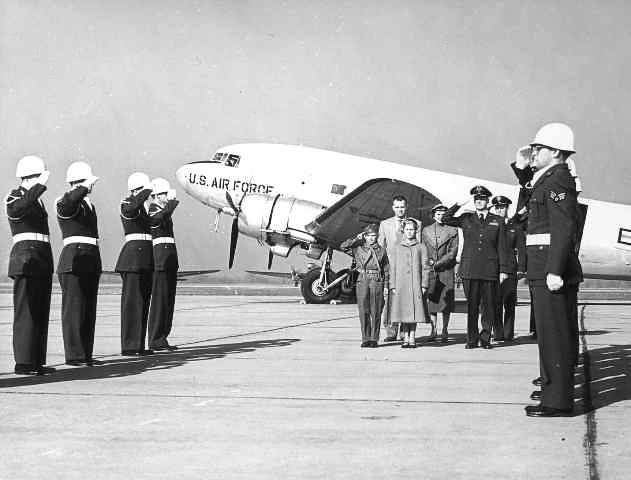 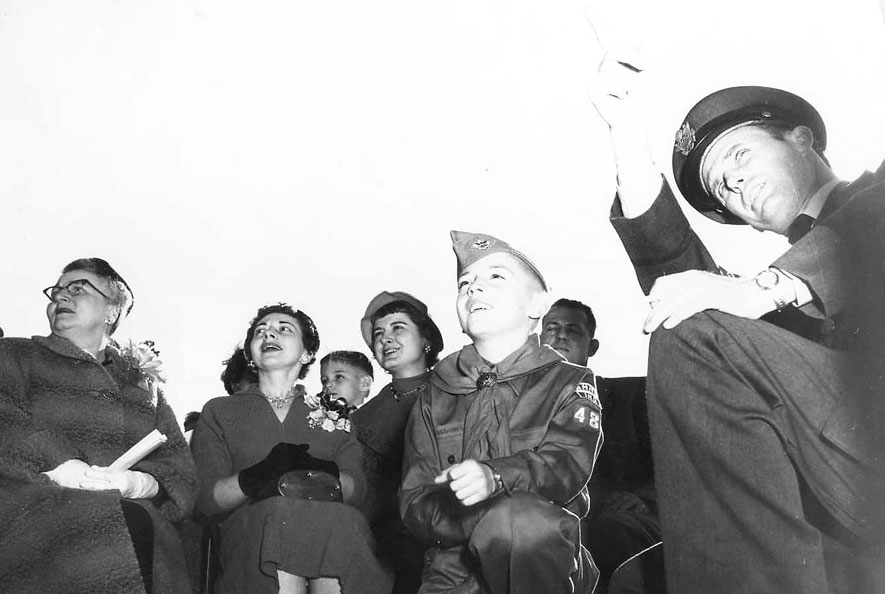 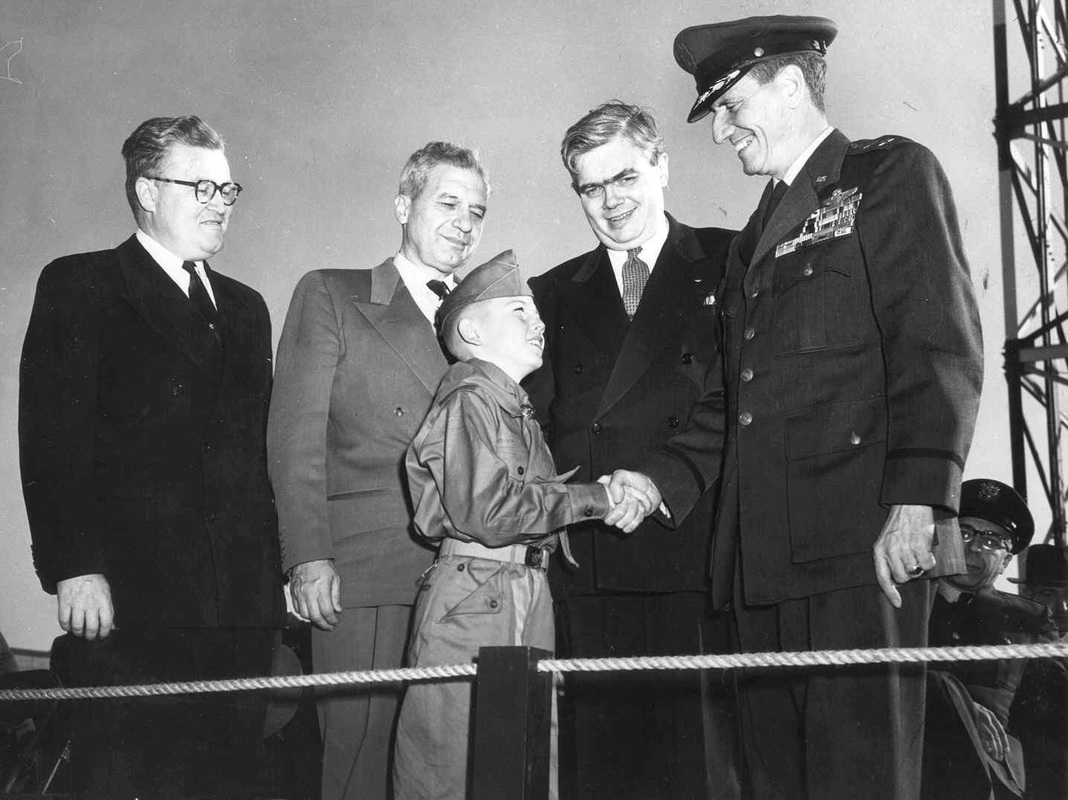 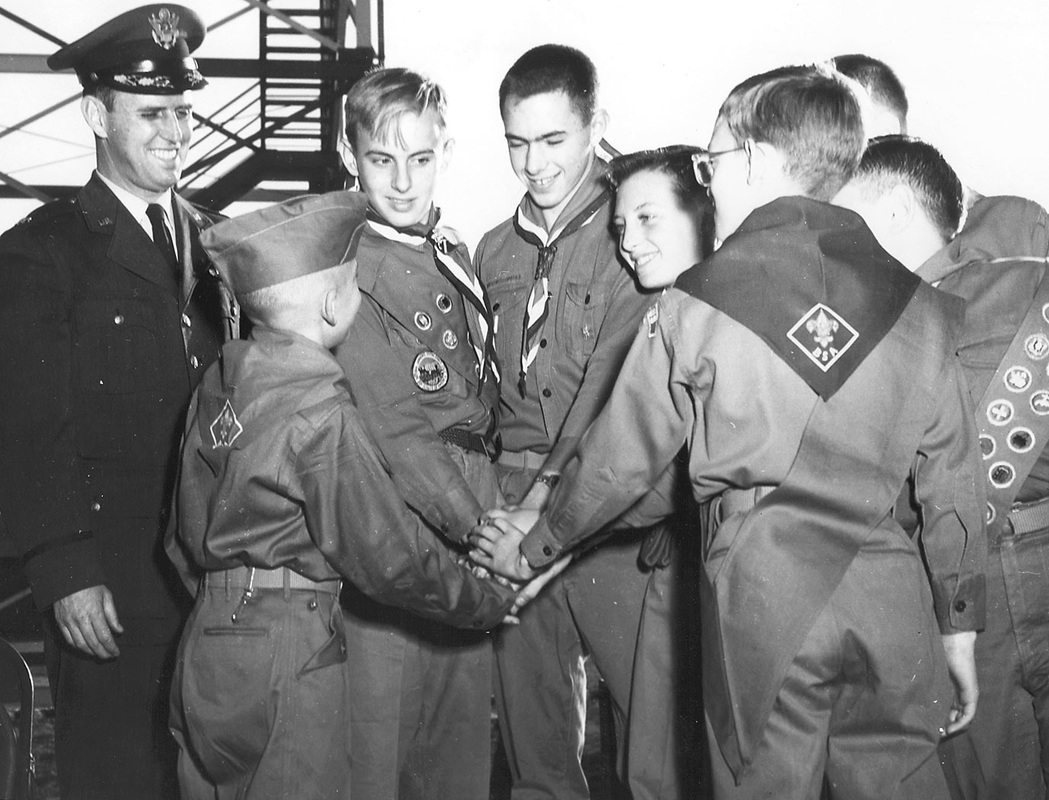 Robert Bakalar with Boy Scouts of the Bartholomew County Council and Colonel Hamilton.

dedication of the Atterbury-Bakalar Air Museum 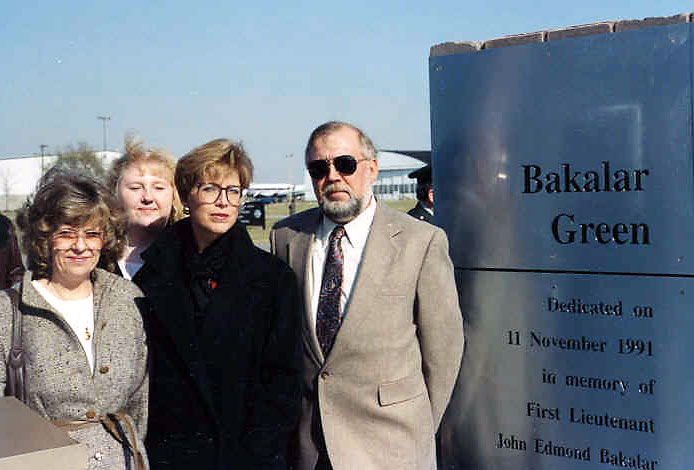 "I want to thank the Mayor for inviting me to Bakalar for this dedication ceremony. The Bakalar Family all share in the memories of this base being named for my father in 1954, and the monument ceremony held here last November 11th. And so today, I am participating in another ceremony where my father's name is again honored.

It is my pleasure to officially dedicate this building as: The Atterbury-Bakalar Air Museum, in memory of General Atterbury, and my father Lieutenant John Edmond Bakalar and all personnel who served at this base from 1942 to 1970."

Brief narrative of accident. Includes state of responsibility and recommendations for action to prevent repetition. 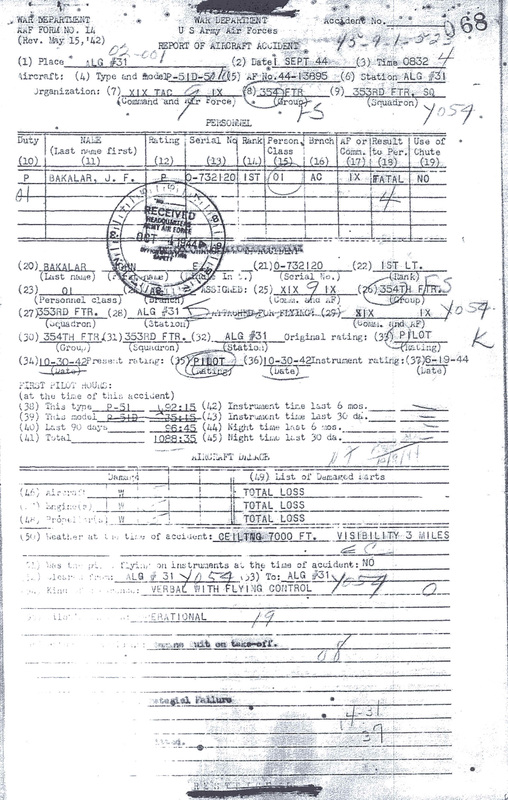 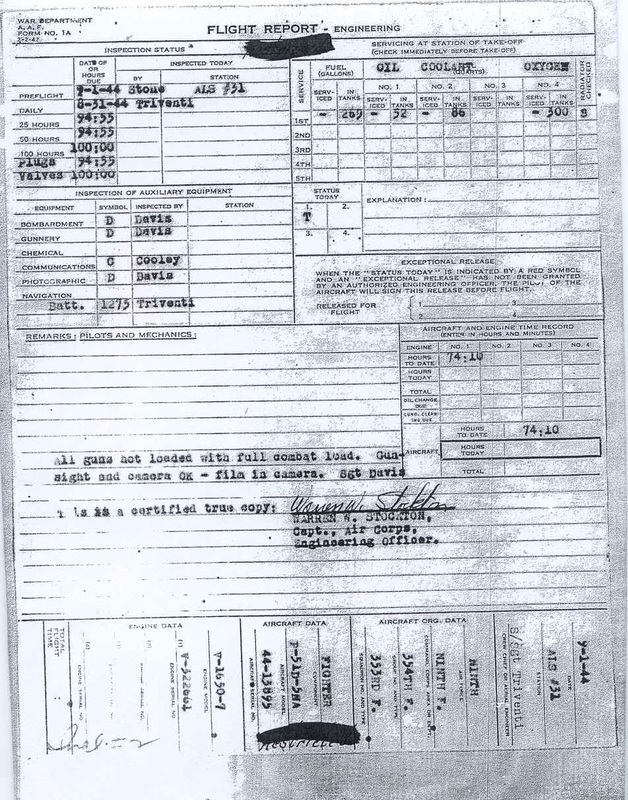 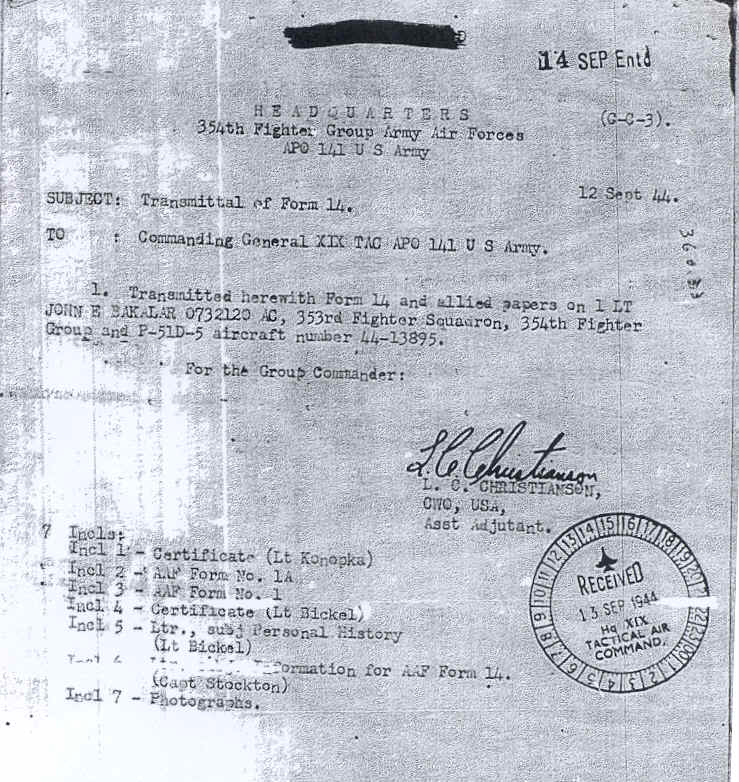 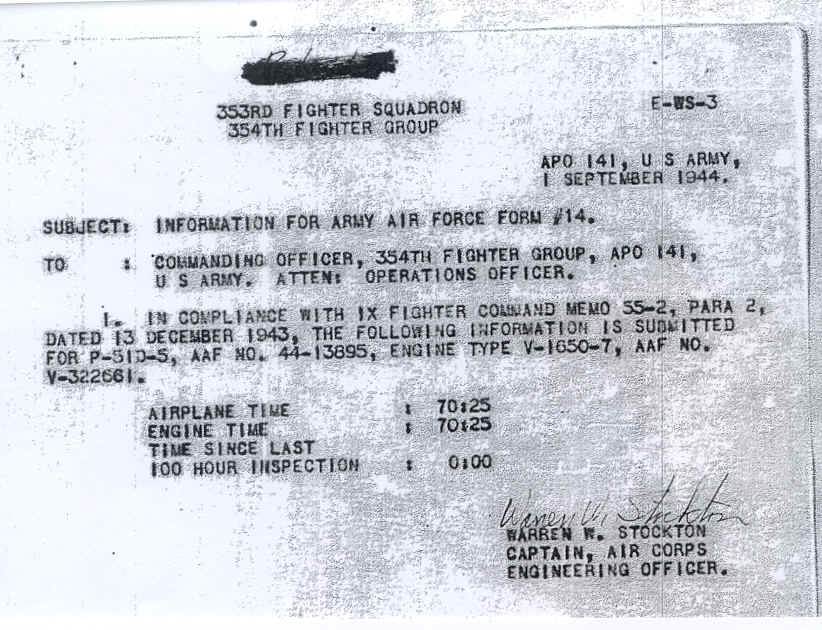 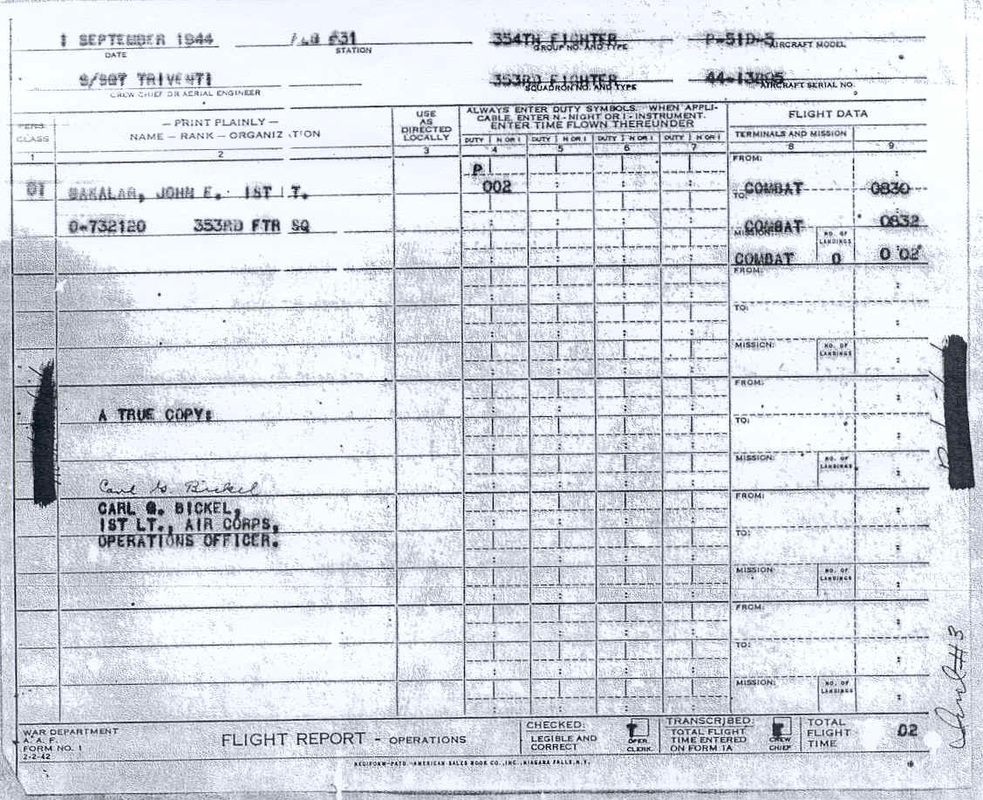 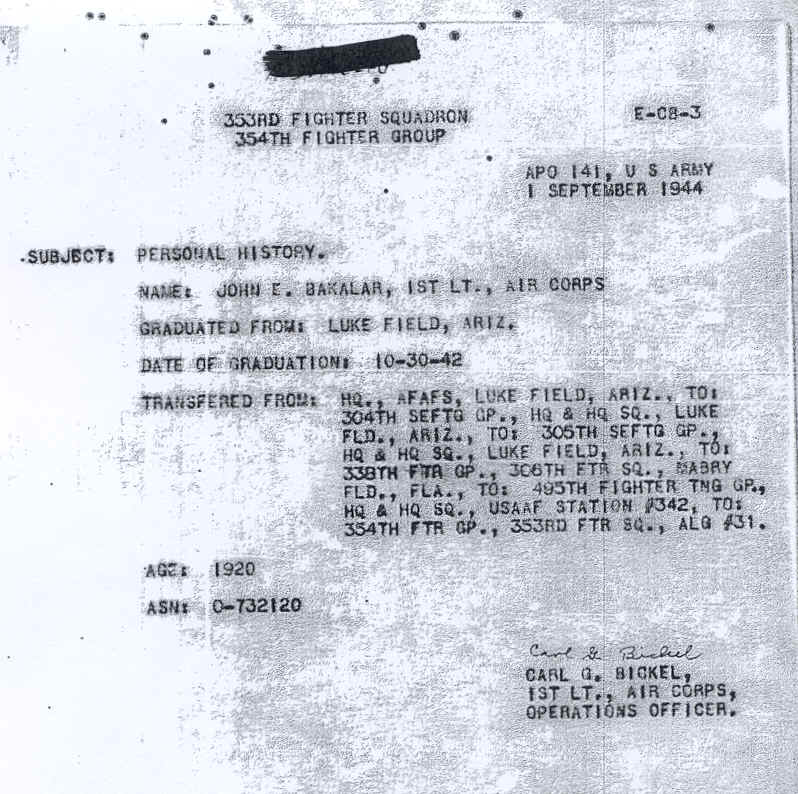 Bakalar Personal History Document
Did you train or serve with 1st Lt. John E. Bakalar?
If you did, please share your story with the Atterbury-Bakalar Air Museum.