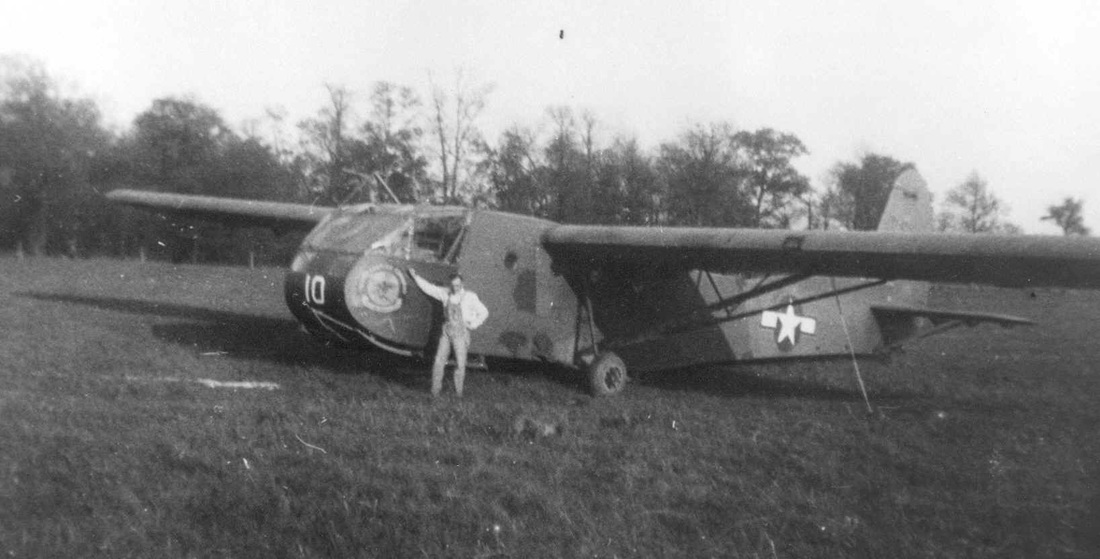 This CG4A Glider from Atterbury Army Air Field didn't quite make it back and landed in Perry Doup's farm field at the corner of the base in 1945. It was "snatched" out of the field by a C-47 tow plane.

Thanks to J. Bernard Craves of Bay City Michigan, a W.W.II Glider pilot, for these very rare photographs and information about the Glider training at the Atterbury Army Air Field during World War II. 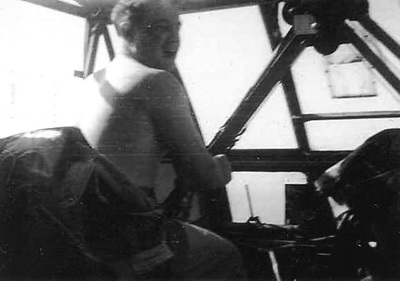 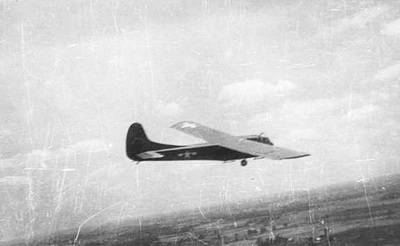 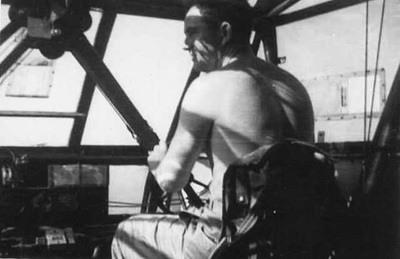 The first photo is of J. Bernard Craves at the controls of a CG4A Glider. The second photo is of a CG4A Glider above Columbus, Indiana in 1945. The third photo is of 1st Lt. Paul Gilliatt in the right seat. Craves and Gilliatt flew together most of the time at Atterbury Army Air Field. It must have been a very warm day in Columbus as both pilots were not exactly in uniform!

According to J. Bernard Craves, there were about 100 pilots and 100 enlisted men stationed at Atterbury Army Air Field for the CG4A Glider program. They had some free time while at Atterbury Army Air Field. If the weather was bad or if the specific group of power pilots has their flight time in, they had time off. However, they had P.T. (that's physical training for civilians) a few days a week and had to report to the Air Base every day. The glider pilots and ground crew played softball for relaxation. If they did not get their required landing or hours in the air, they had an L-5 aircraft (similar to a Piper Cub) to fly so they could get the flight time and earn their flight pay. 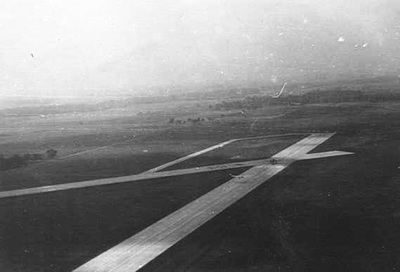 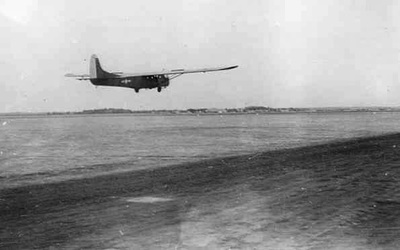 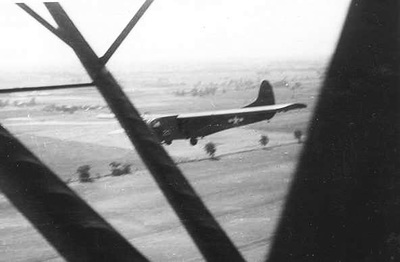 The first photograph was taken by J. Bernard Craves from the back of the glider, showing what Atterbury Army Air Field looked like the summer of 1945. When you click on and enlarge the photograph and look closely, you will see the CG4A Glider is airborne and the C-47 tow plane is still on its take-off run. The next photo shows a CG4A Glider coming in to land with spoilers on and the next photo of a CG4A Glider on long tow was taken from another glider. The officer's barracks was at the very top right of the photograph. 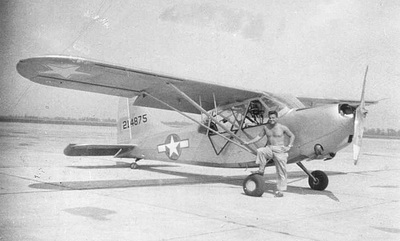 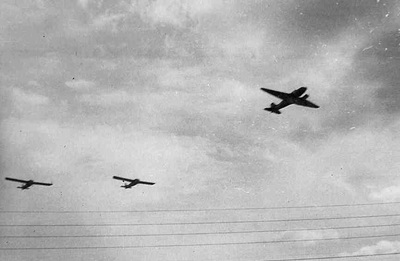 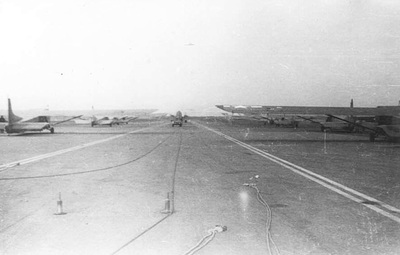 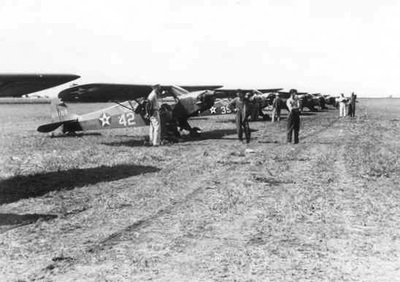 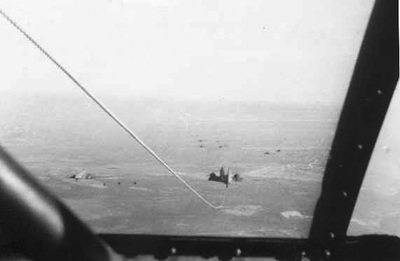 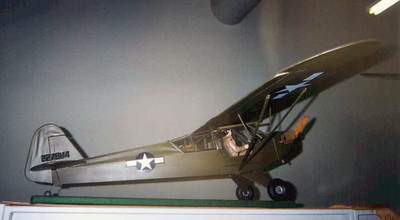 A good photo of some L-4s being used for "Dead Stick" landing training by the CG-4A Glider Pilots, during 1942-3 at Grand Forks, North Dakota. This is the same type of aircraft used at Atterbury Army Air Field. This is a great view out of the the cockpit view from a CG-4A under tow by a C-47 in this 1943 photo. The scale L-4 is on display at the museum.

J. Bernard Craves remembers going to Zaharako's in Columbus, Indiana for ice cream. There was a grocer in Columbus who helped out once in a while, selling butter and other items without asking for food ration stamps. That was the grocer's contribution to the "War Effort."

The CG4A Glider Pilots flew behind tow planes as they practiced their part. They flew either morning, afternoon, or nights. The night flying was scheduled from 8 PM to 11 PM or Midnight, sometimes to 3 or 4 AM, according to the pilot's schedules. Their night landing area was on one of the Atterbury Army Air Field runways. The glider pilots guided on a set of two smudge pots for night landings. They landed at the first set of two smudge pots and had to stop by the time they reached the third set of two smudge pots. The glider pilots said the night flying was quite simple and a lot of fun. 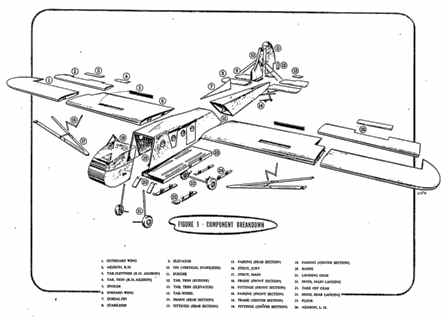 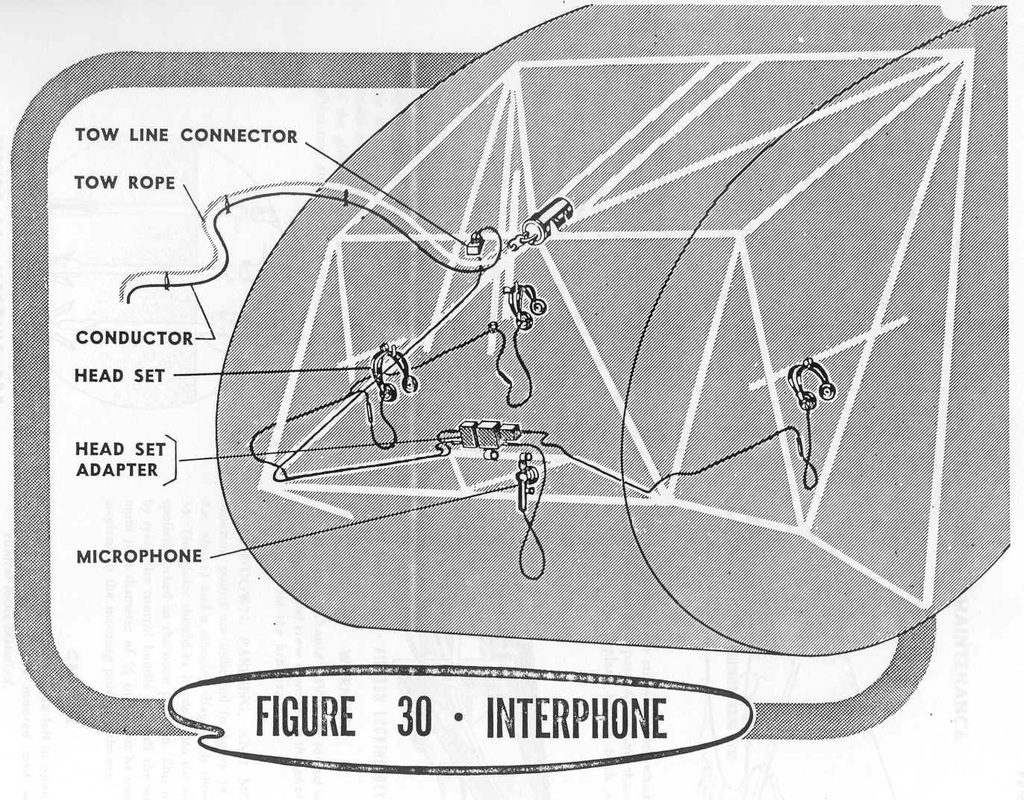 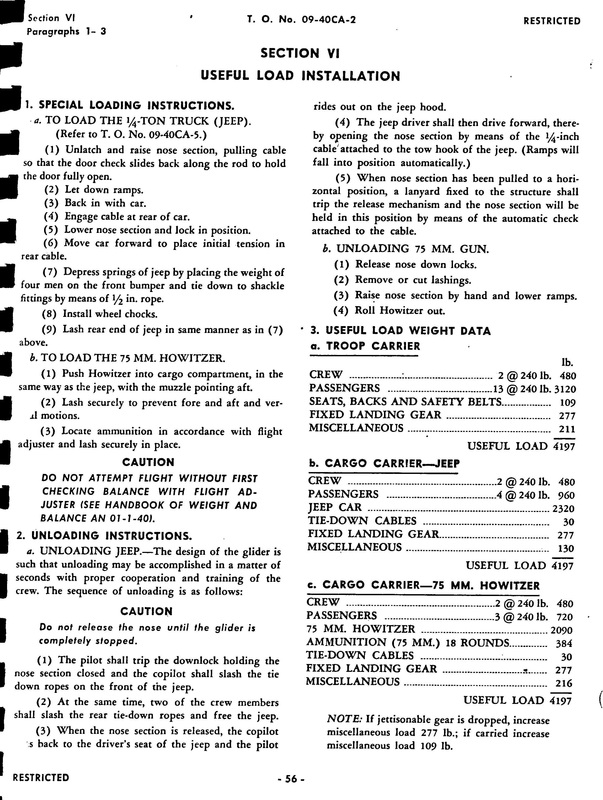 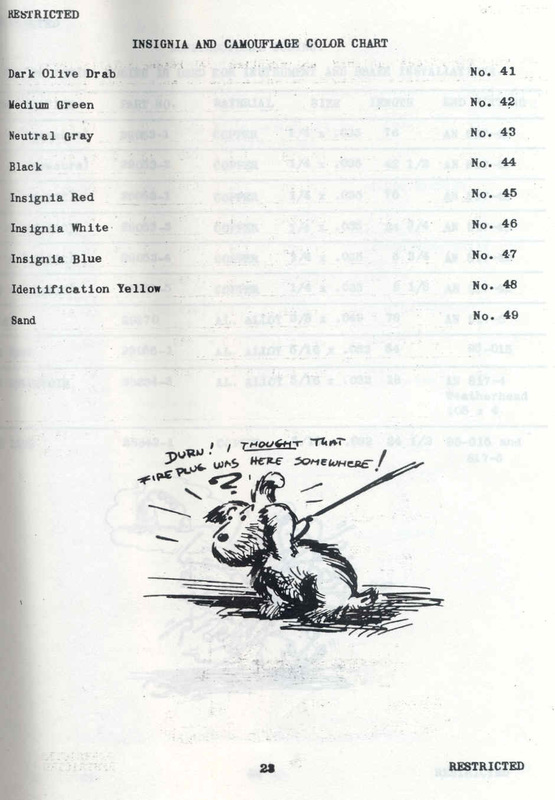 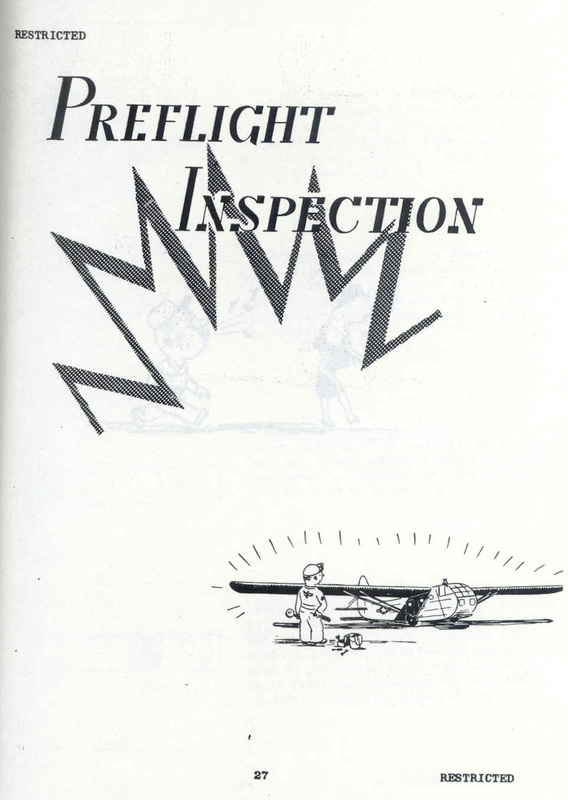 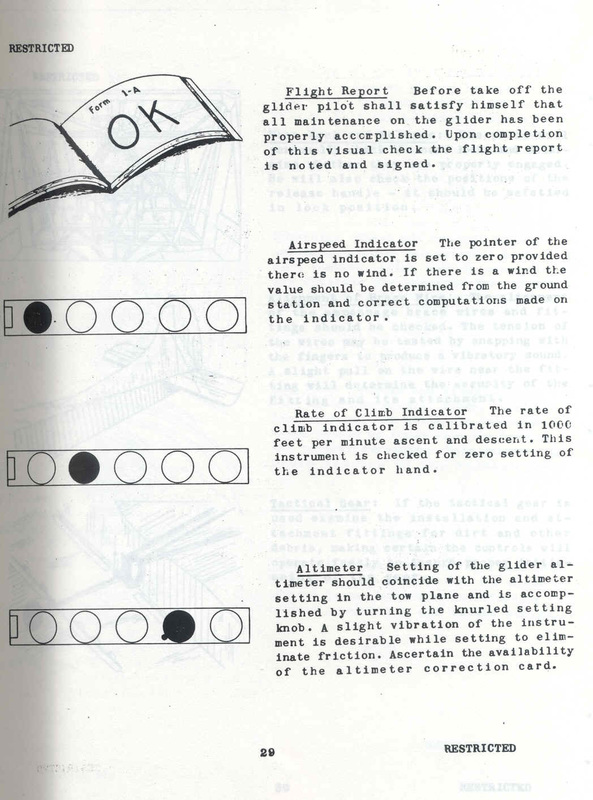 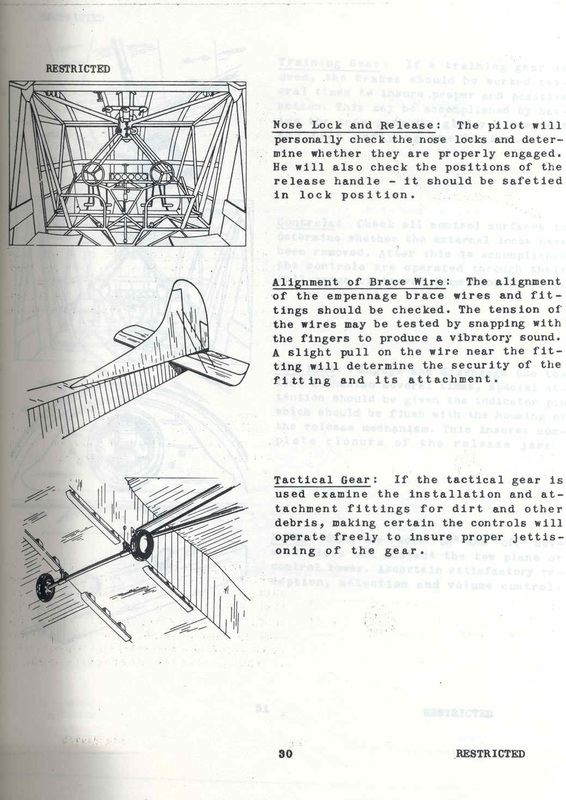 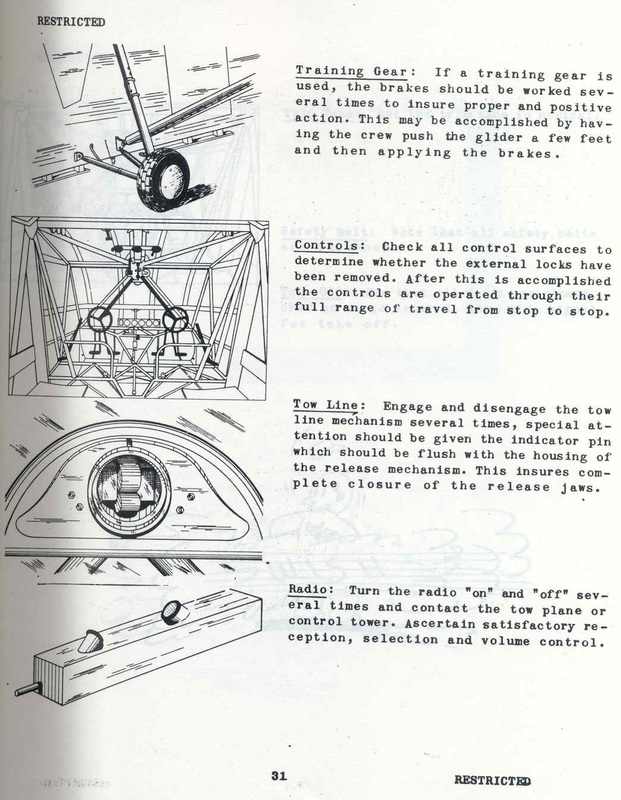 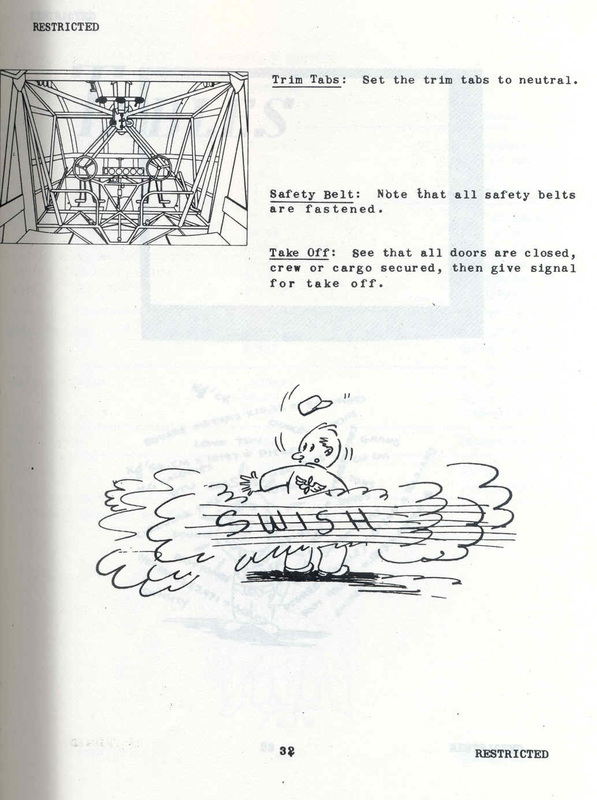 The Atterbury-Bakalar Air Museum is accepting CG-4A parts, manuals, equipment, photographs of glider training at the former base and personal stories of those who were stationed at Atterbury Army Air Field. Without the help and donations from the W.W.II Glider Pilots our museum displays would not be possible.

To learn about CG4-A Gliders in England and France, and preparing for the Holland invasion during World War II, go HERE >