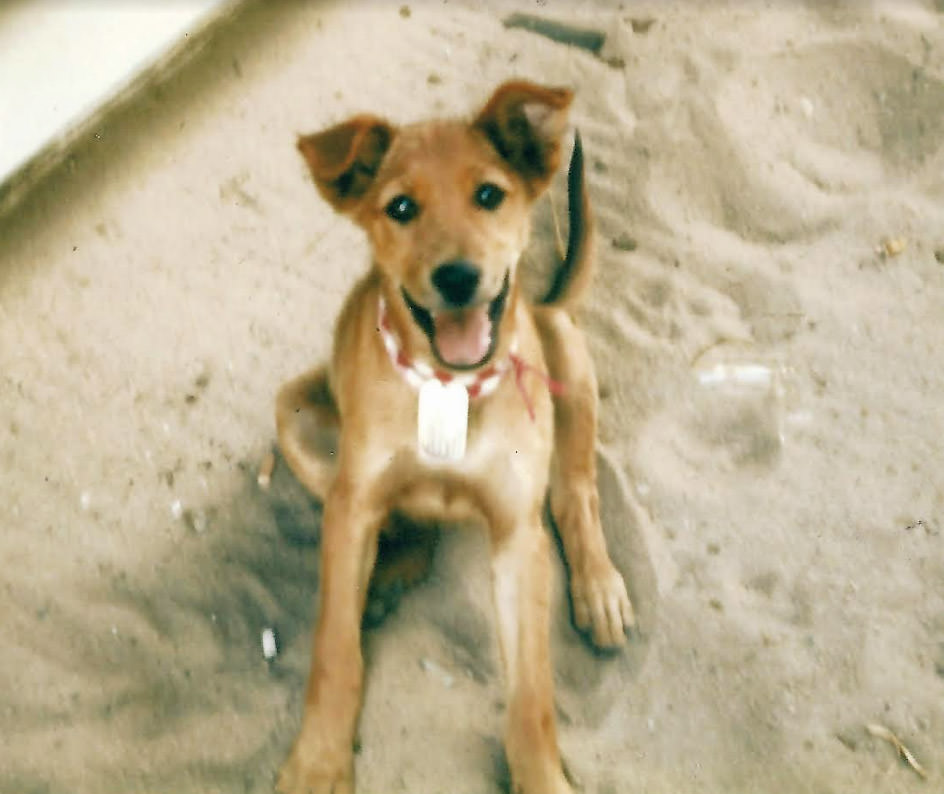 Shadow was obtained as a puppy in January 1969 at Nha Trang Air Base Vietnam.

Shadow had no fear of the planes and flew a few times.  When it came time to leave Vietnam, I (Chuck Callahan) decided not to leave him, so I flew with one of our planes to Saigon.  I needed to get papers releasing him from Vietnam.  Since he had all his shots from the base veterinarian who cared for the military K9 dogs, Shadow was cleared to come to America as a legal alien.  It cost me $75.00 including the cage to fly him to Indianapolis. I told them he wanted a window seat. I got back to Nha Trang on another one of our airplanes and left Vietnam on a USAF C-141 Starlifter on June 6 1969 to return to Bakalar AFB Columbus, Indiana.

Once we were back in Indiana I got a call the next day from Indianapolis International Airport that I had a dog to pick up.  Shadow lived 16 years and by living in the country he had a great time chasing cats.  Since he was from a tropical climate, Shadow didn't grow a winter coat so in the winter we had a dog sweater for him to stay warm.  Shadow was a good dog.
Chuck Callahan 71st Special Operation Squadron AC-119G Gunships
Bakalar Air Force Base Columbus, Indiana deployed to South Vietnam 1968-1969 tour of duty 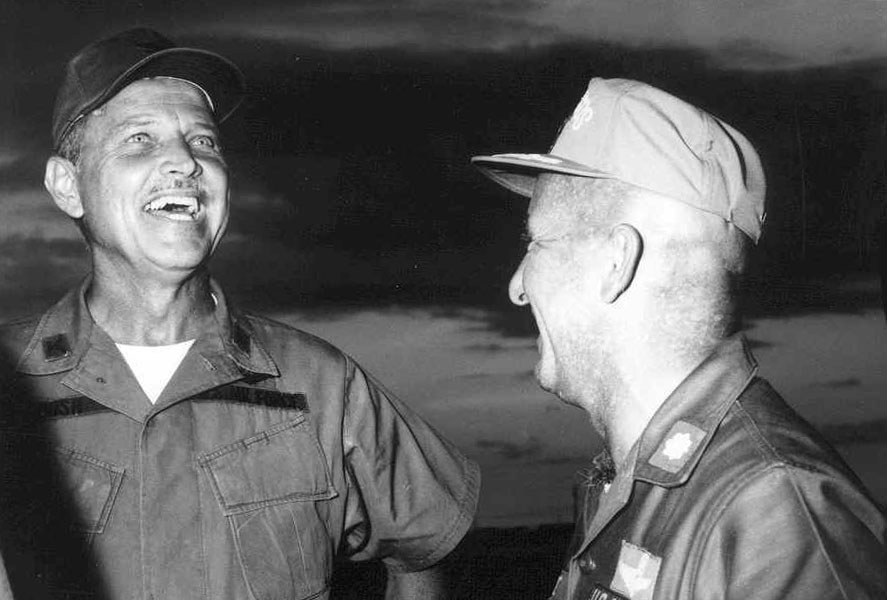 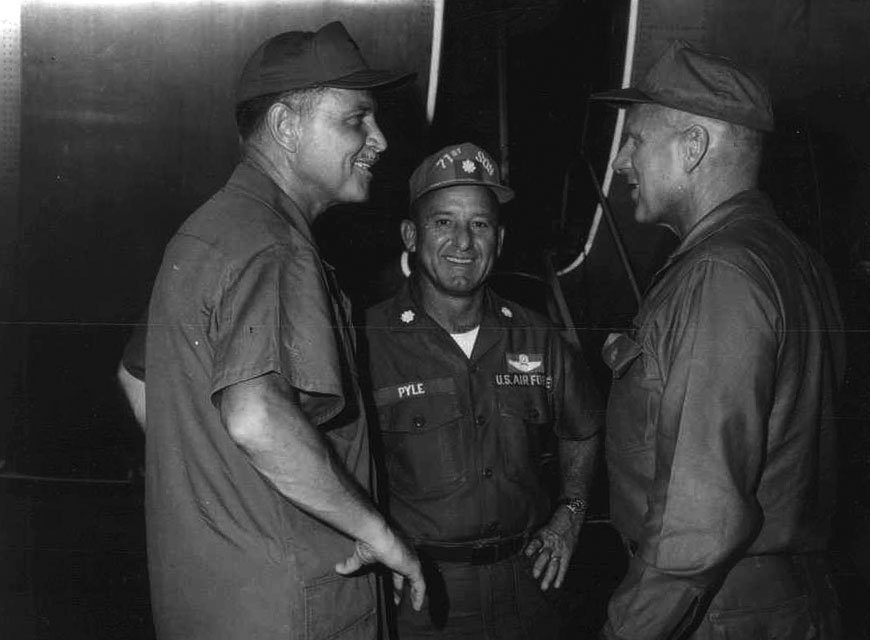 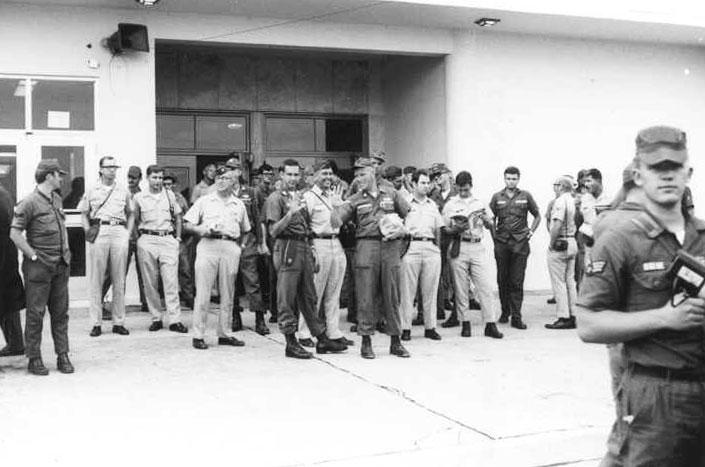 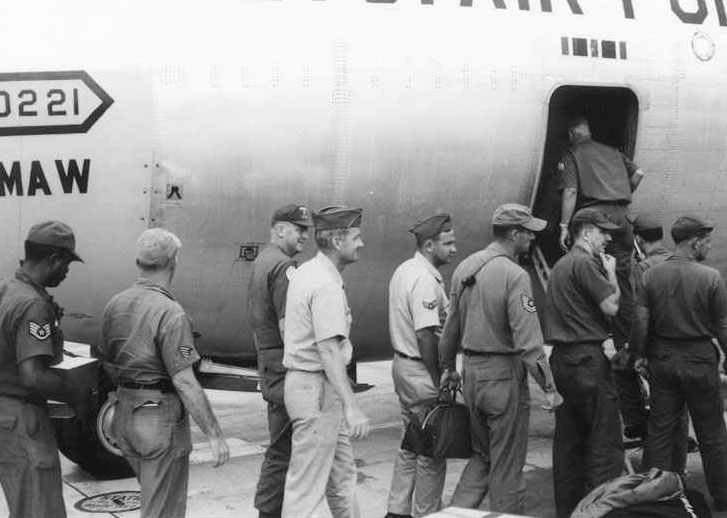 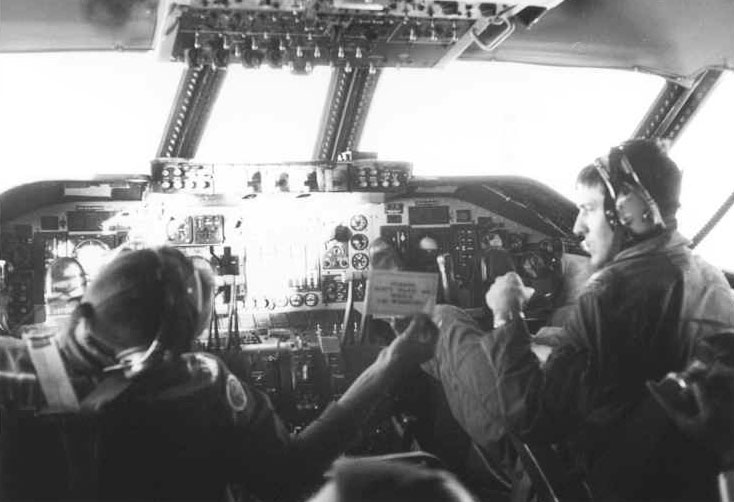 C-141 Crew getting a little rest at Kadena Air Force Base. The C-141 was being refueled for a non-stop trip to Bakalar Air Force Base Columbus on the 71st SOS return from Nah Trang, Vietnam on 6 June 1969. According to Al Heuss, there were whoops and shouts as they cleared the beach on takeoff from Nha Trang on their way home to Columbus, Indiana

The 71st SOS lost no personnel in combat and all returned home. This was an amazing feat considering their dangerous gunship missions in Vietnam. 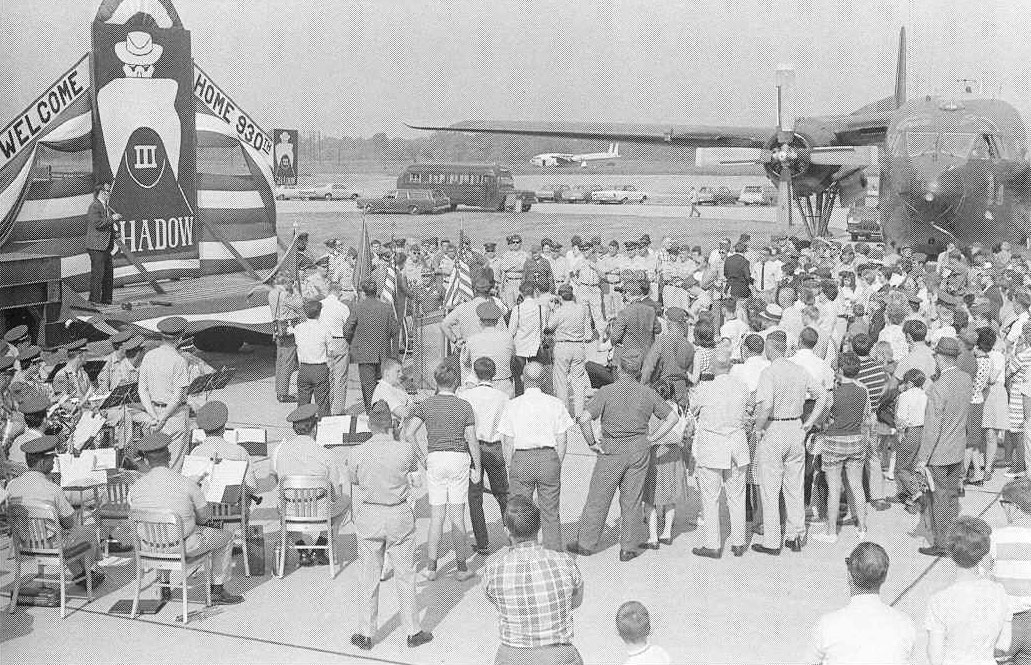 The 930th Tactical Airlift Group welcome home from Vietnam at Bakalar Air Force Base in June 1969.  Welcome home photograph from The Republic Newspaper. 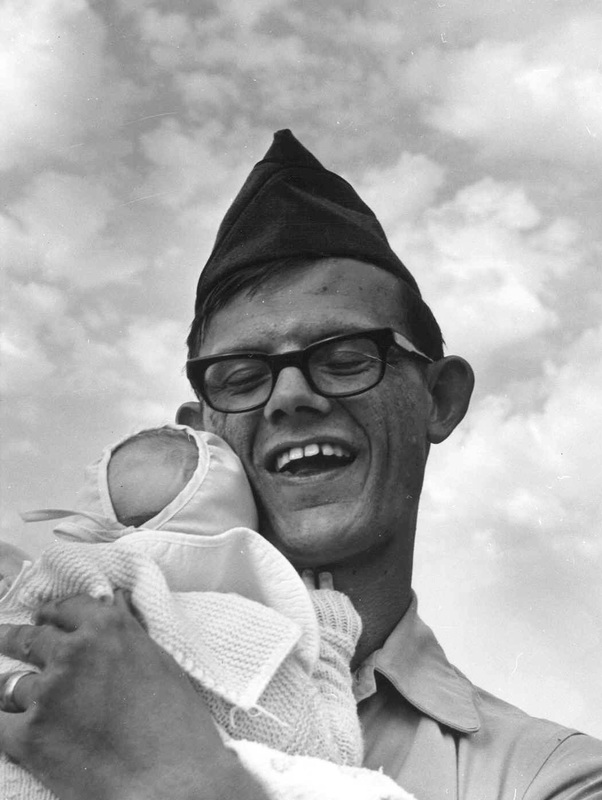 Airman First Class Charles Johnson holds the five-month-old daughter, Melissa, he had never seen before. Airman Johnson just stepped from the C-141 Starlifter after the long flight from South Vietnam. 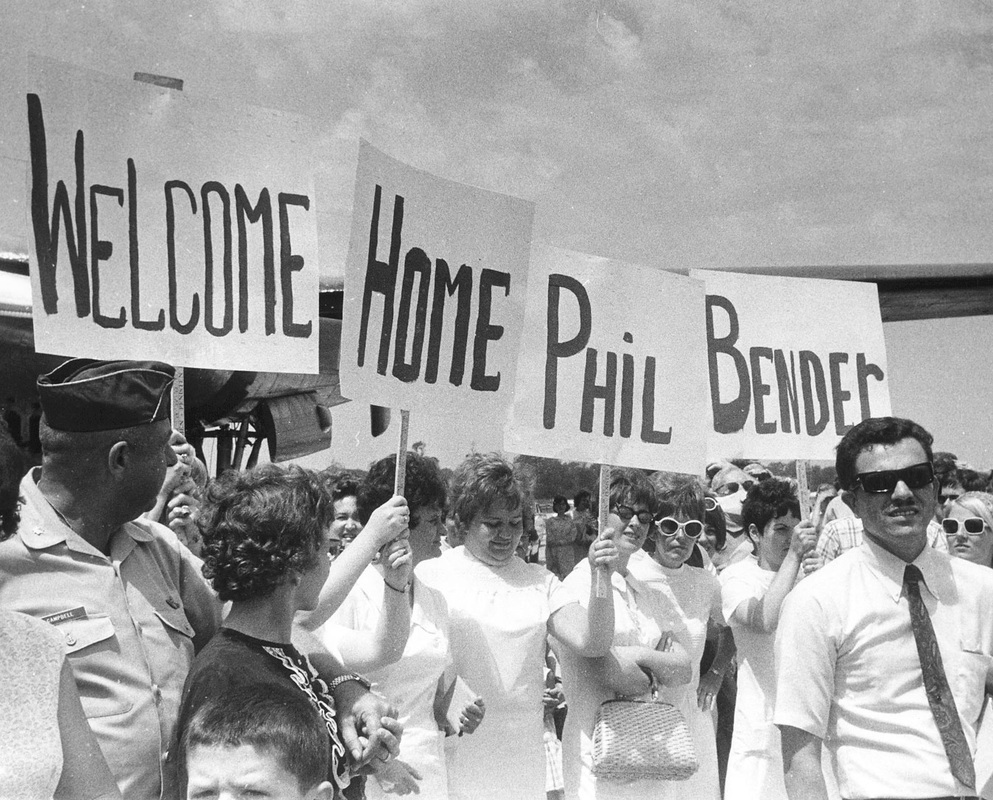 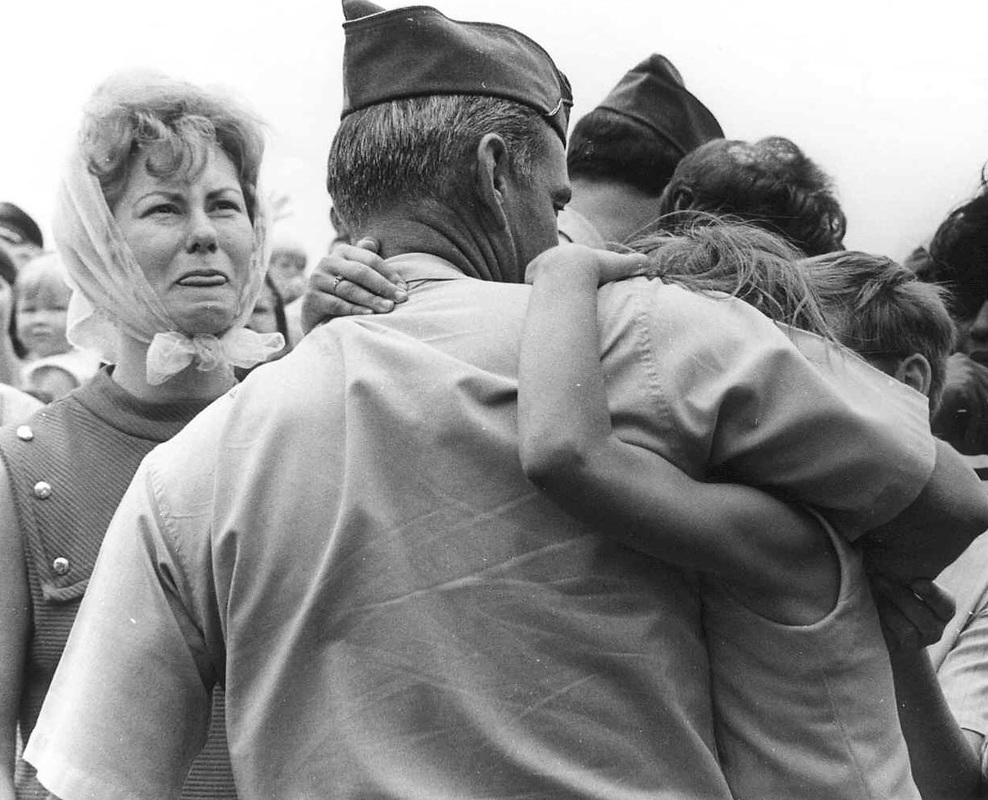 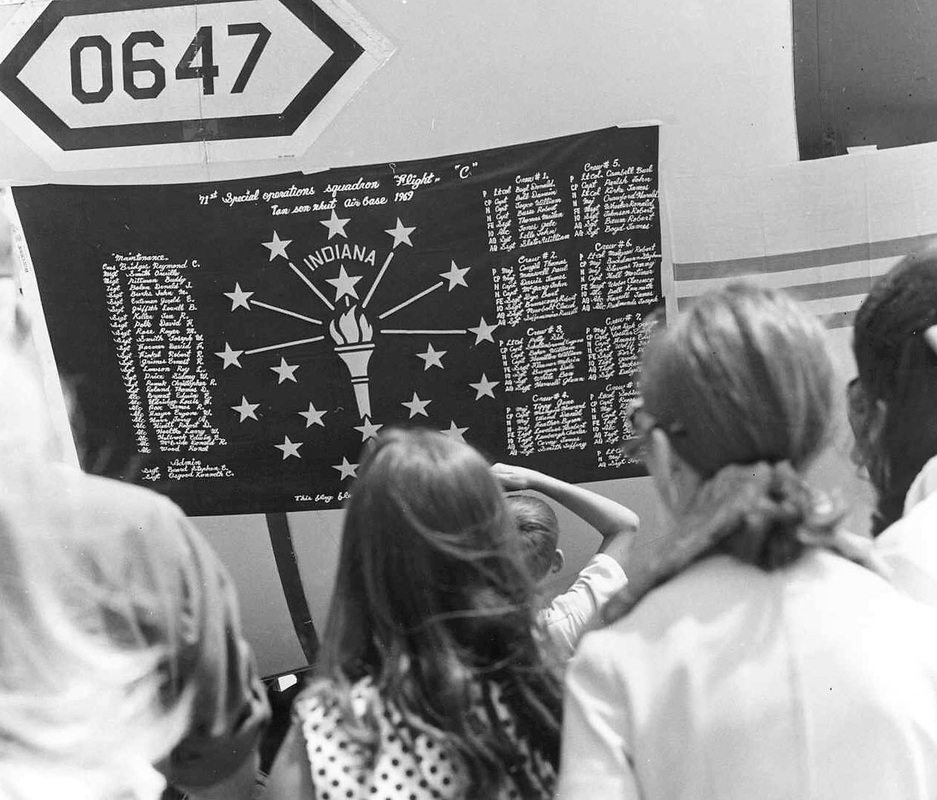 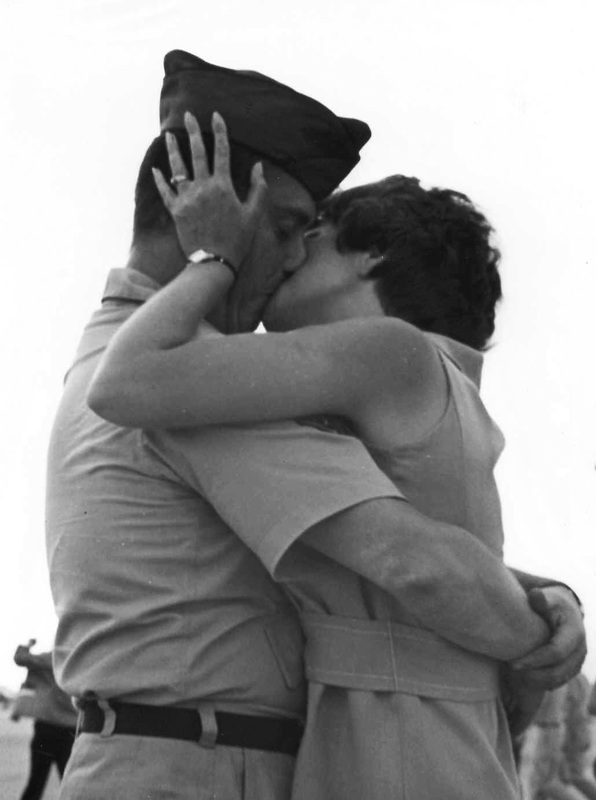 No words needed here to tell the 71st SOS welcome home story with this first photo. 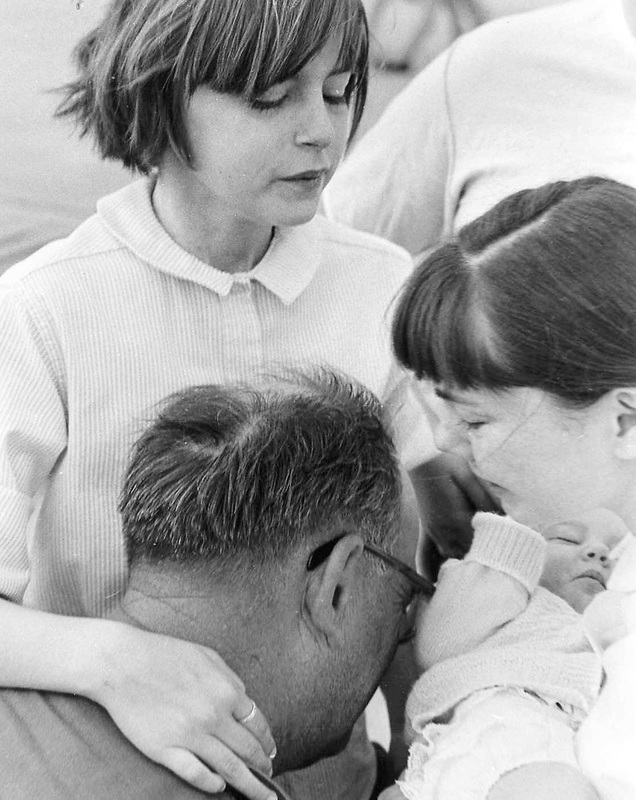 T-Sgt. Herbert Loveless, seeing his granddaughter for the first time. 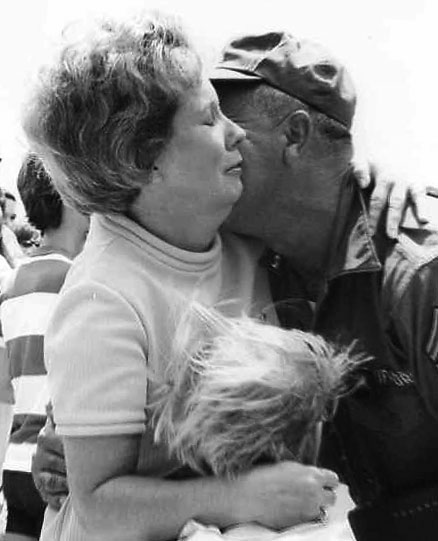 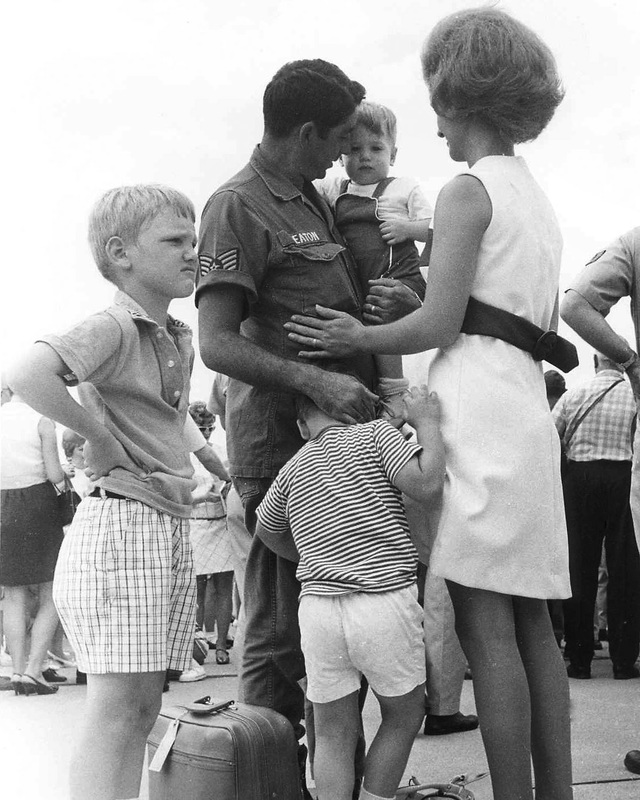 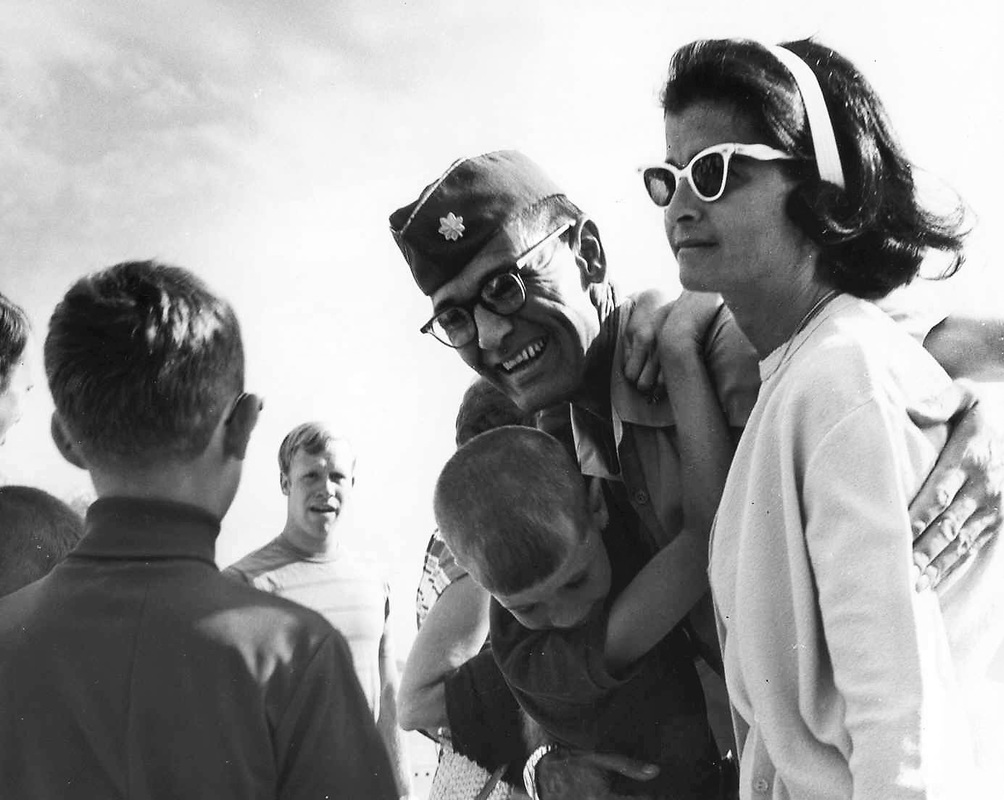 Major Wally Minnette and Sue
The  June-July "The Wing Script," a Bakalar Air Force Base publication, helped identify the people in the photos.

Official presentation of the Outstanding Unit Award was made at the base parade by Brig. Gen. Alfred Verhulst, vice commander of the Air Force Reserve, headquartered at Robins AFB, GA. General Verhulst was commander of Bakalar AFB, and the 434th TAW during the Reserve unit's mobilization.

The 434th Reservists were mobilized in May 1968 as the 930th Tactical Airlift Group, later moved to Lockbourne AFB, Ohio, began training in the AC-119 gunship and were reorganized as an augmented squadron. They were deployed to Viet Nam as the 71st SOS in December 1968 and returned to Bakalar for demobilization in June 1969.

The Air Force citation commends the Reservists for "firing a new and relative sophisticated weapons system being battle tested for the first time, working often under intense ground fire, in period of inclement weather, and almost totally during hours of darkness." They were also commended for "over 1,000 highly effective combat sorties against hostile troop concentrations, fortifications, bunkers, and weapons emplacements." Most notable achievement of the unit was their return to the United States without a single casualty, concluding six months of combat during which time they flew 1,586 combat missions over South Viet Nam.

Quote from Colonel Pyle: "We were called, we trained, we did the job and did it well." May 1969 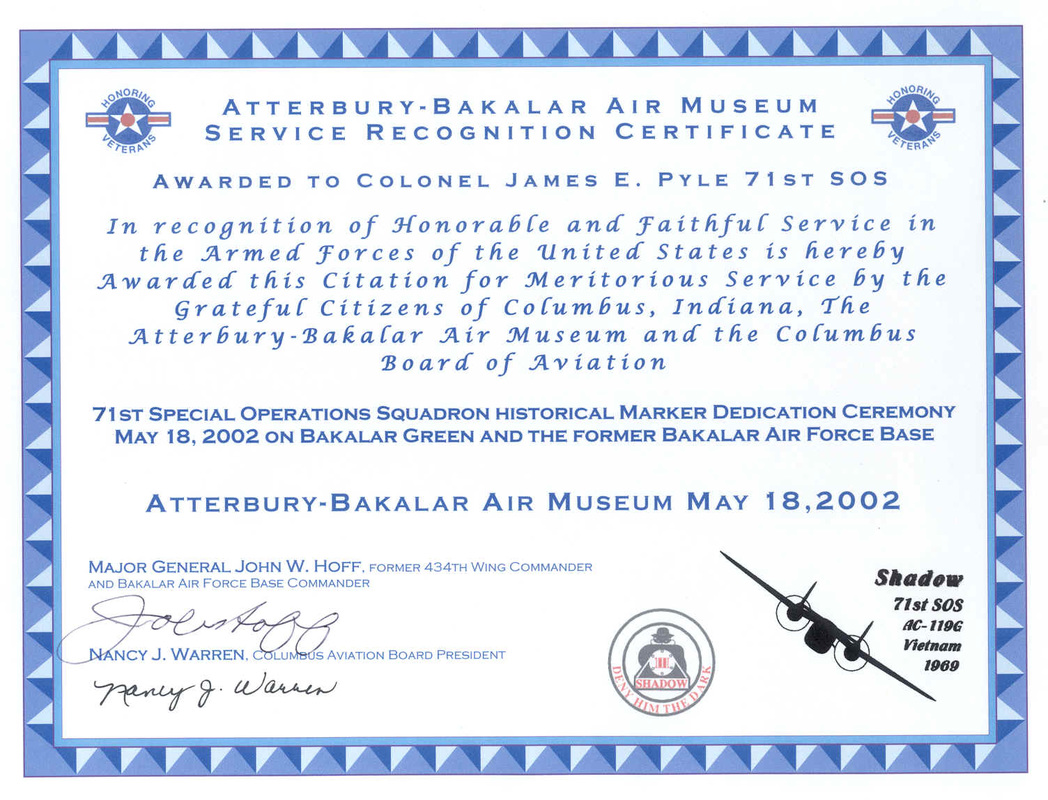 A Service Recognition Certificate was presented to each 71st SOS member during the 71SOS Historical Marker dedication program on Bakalar Green at the former Bakalar Air Force Base on May 18, 2002, during their reunion. 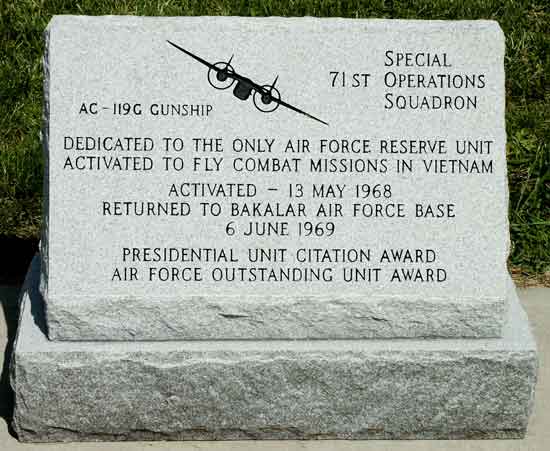