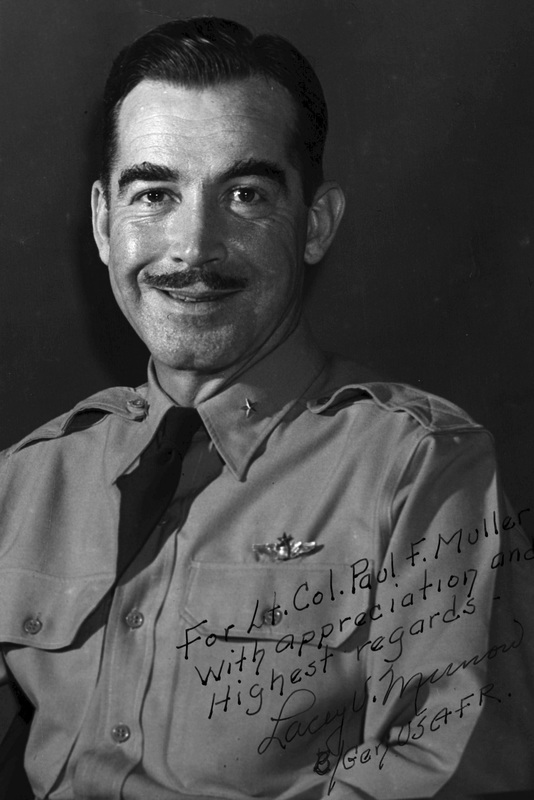 The Base and Wing Commander at the time was Lacey V. Murrow, brother of the famous newsman Edward R. Murrow,  with an inscription to Dr. Muller. 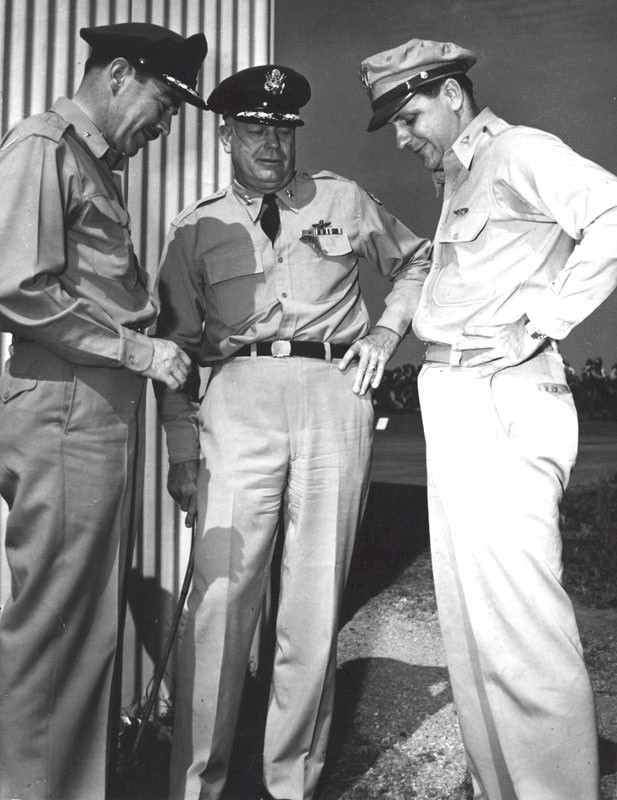 Additional photos donated are from the Frank Sutter collection. Frank was assigned as a Stenographic Specialist to the Personnel Section in Wing Headquarters. He also became the Headquarters Squadron reporter and wrote several articles for the base newspaper. 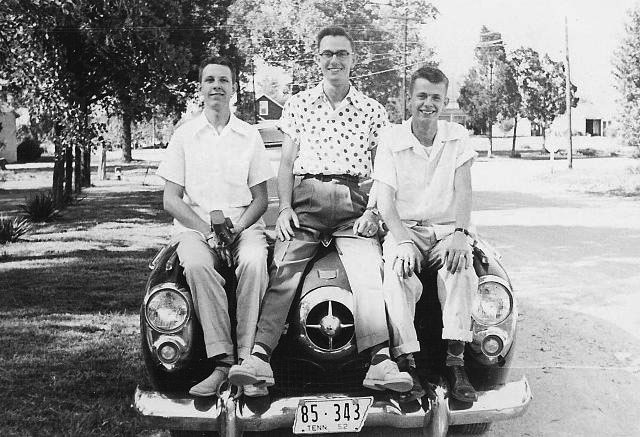 Atterbury Air Base airmen on leave during 1952 in Tennessee: Frank Sutter, Eddie Duncan, and Phil Peabody. Note the now vintage Studebaker they are sitting on. 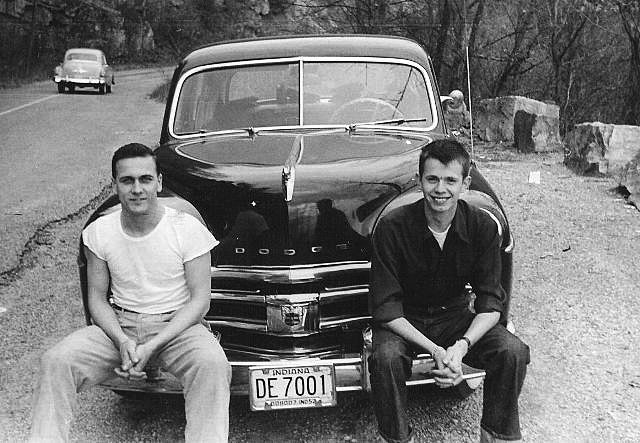 Atterbury Air Base airmen Jerry Pauli and Phil Peabody on leave during 1952. 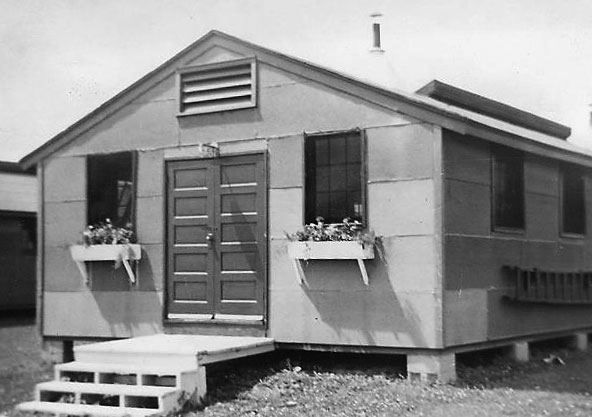 The photo on the far right is of the Headquarters Squadron barracks during 1951. Note the flower boxes on the windows. 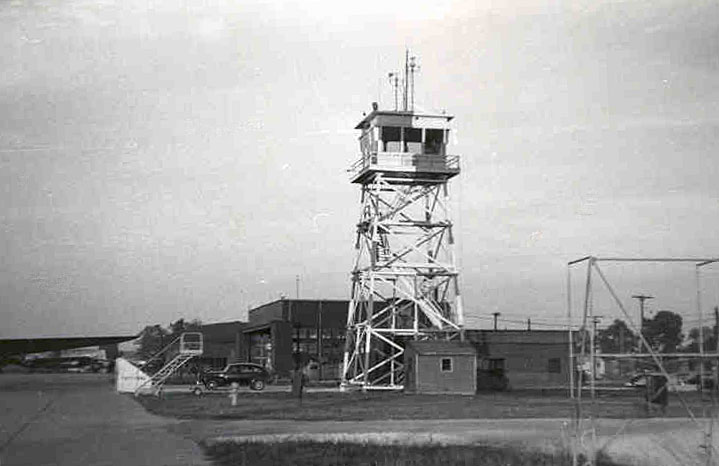 The Atterbury Air Base wooden Control Tower in 1951 that was replaced with a steel structure around 1954, which still stands today and is in active use. 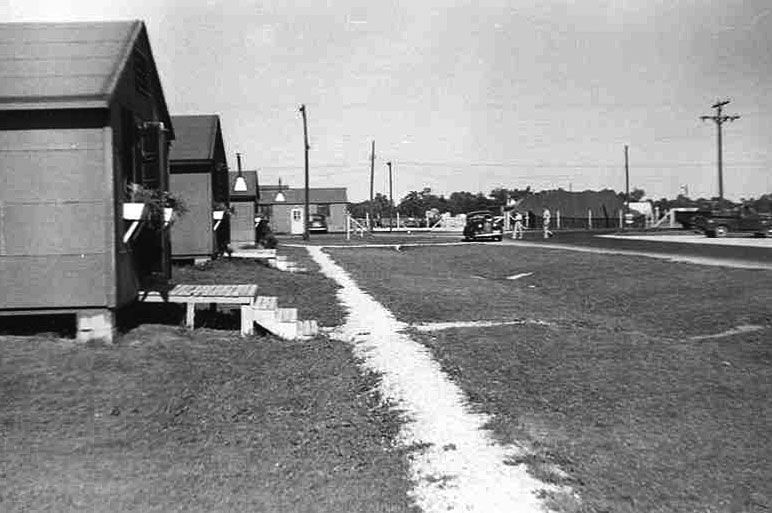 Some of the air base barracks looking toward a tent area.

The airmen in barracks #52 are L-R Jerry Pauli, unknown airman, Frank Sutter, and Airman James W. Riley. (Thanks to James Riley Jr. for identifying his father in the photo.) 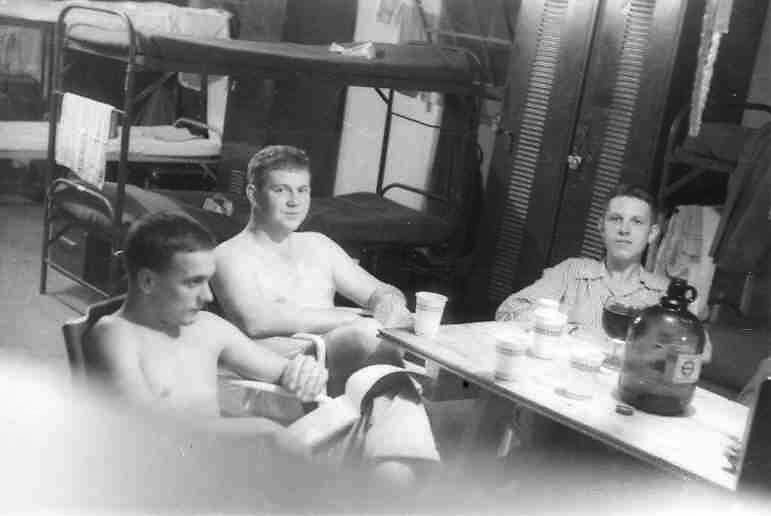 Another photo of Jerry Pauli, unknown airman, and Frank Sutter. 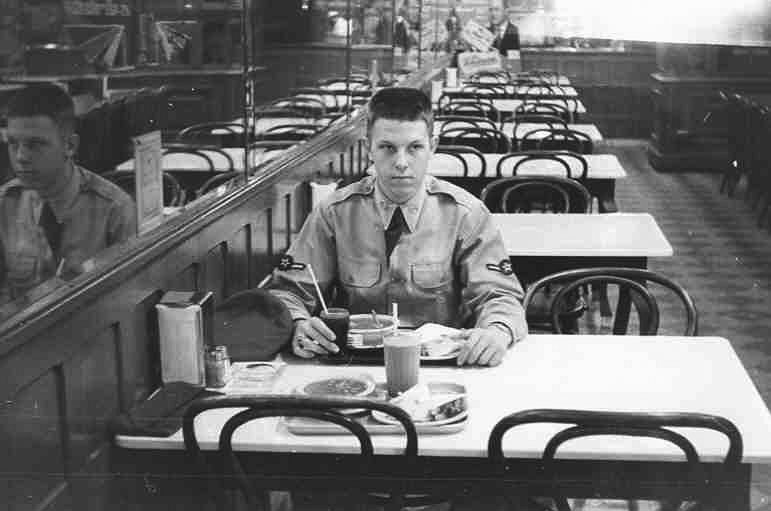 Frank Sutter in Zaharakos, a well-known place for food, candy, and ice cream in Columbus, Indiana. 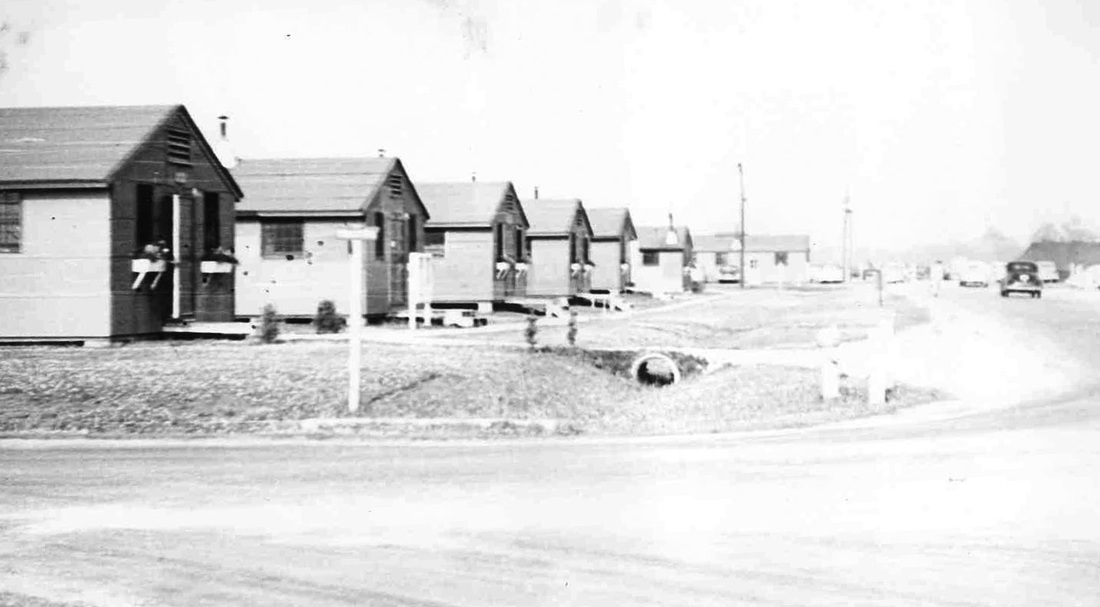 A row of Atterbury Air Base buildings in 1951. 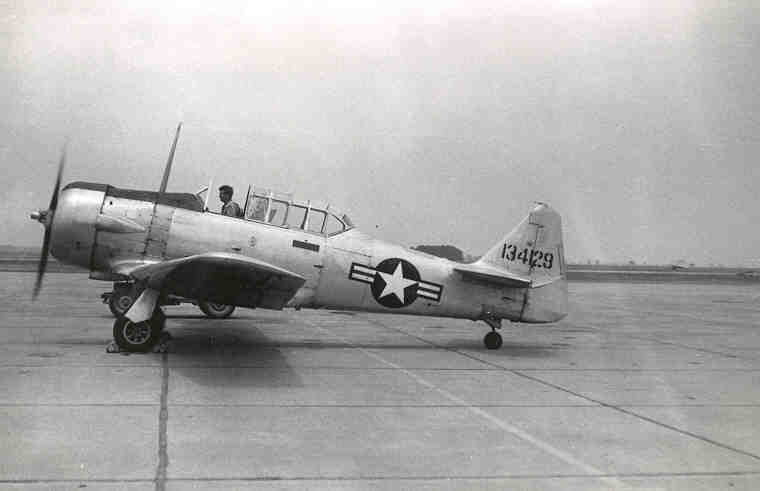 An Air Force AT-6 on the flight line. 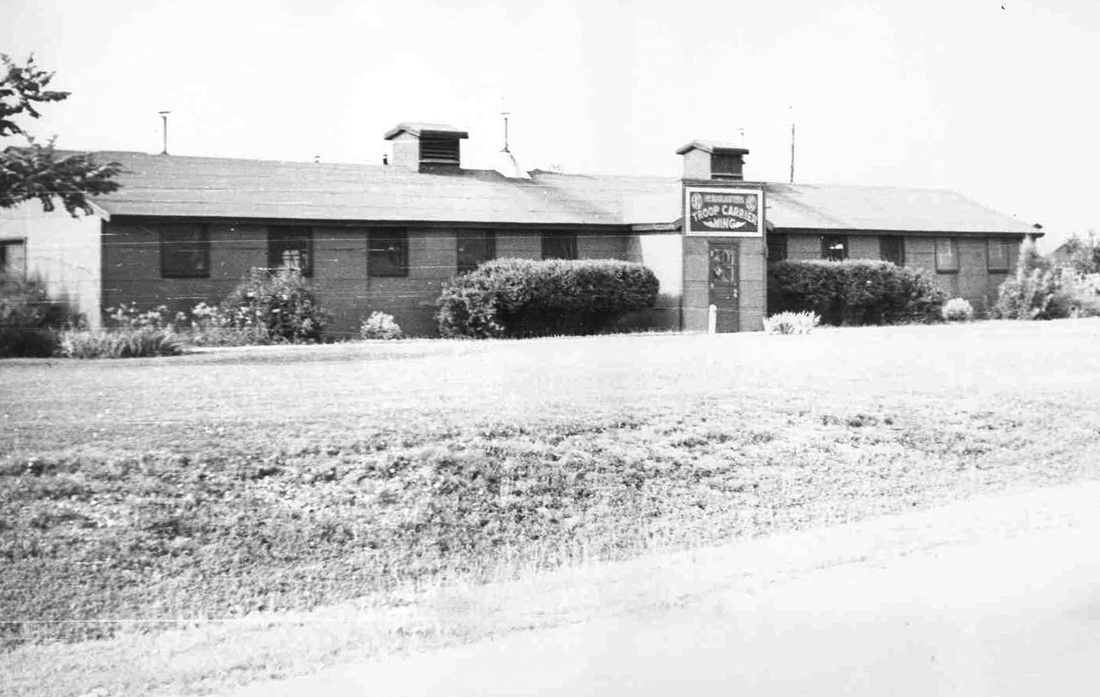 The Headquarters building as it was in 1951. 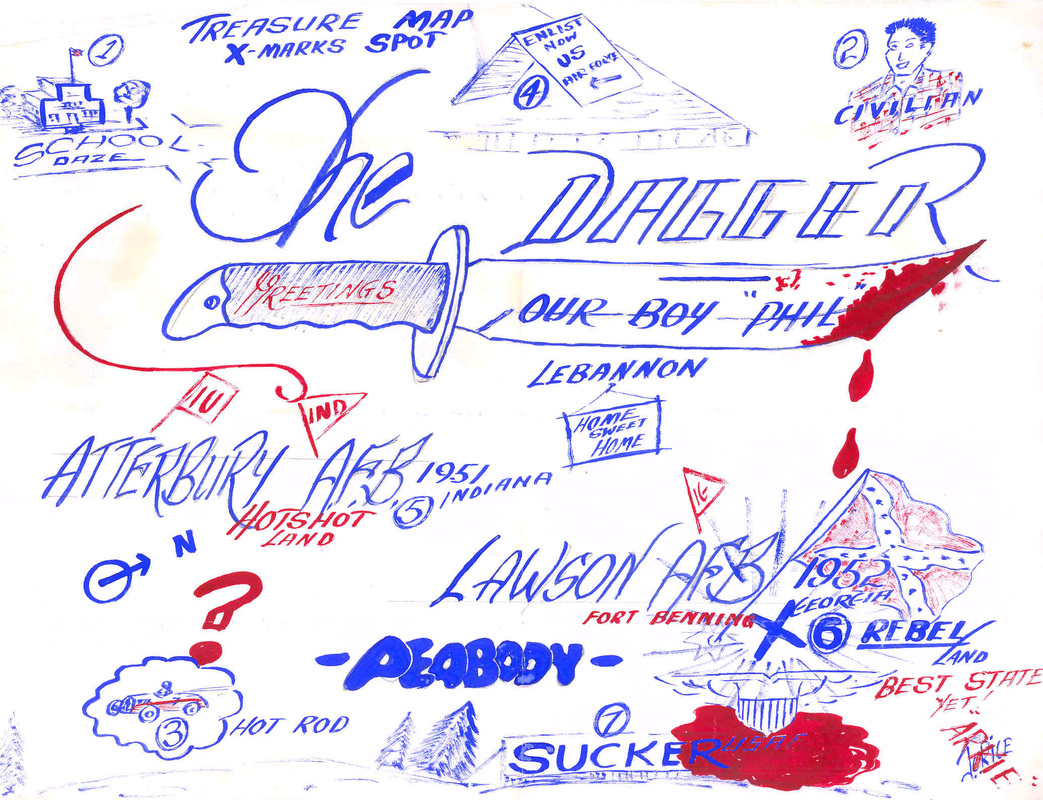 The cartoon drawn by fellow airman Jim Rice is a humorous look at Phil Peabody's duty at Atterbury Air Base in 1952 and his transfer to Lawson Air Force Base in 1952.

Atterbury Air Base hosted many types of aircraft

Atterbury Air Base hosted many types of aircraft during the Korean War era as pictured here. The 434th C-46 aircraft on the ramp, a B-26 on the flight line and a Navy fighter parked on the ramp with the C-46s seen in the background. 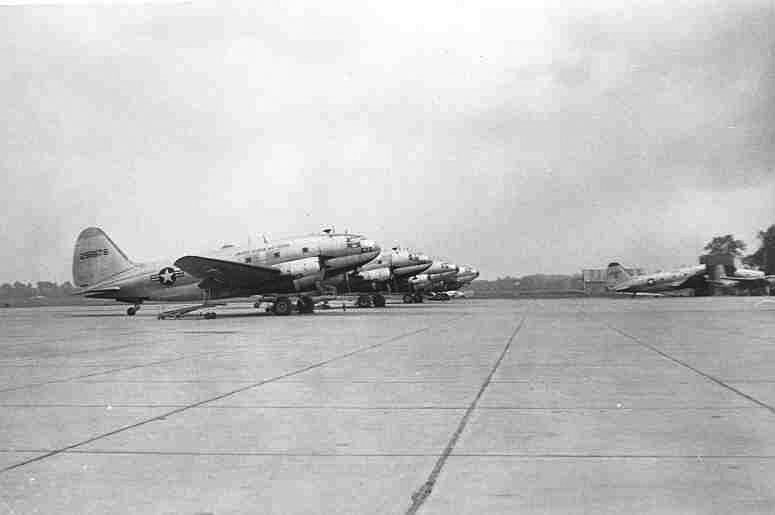 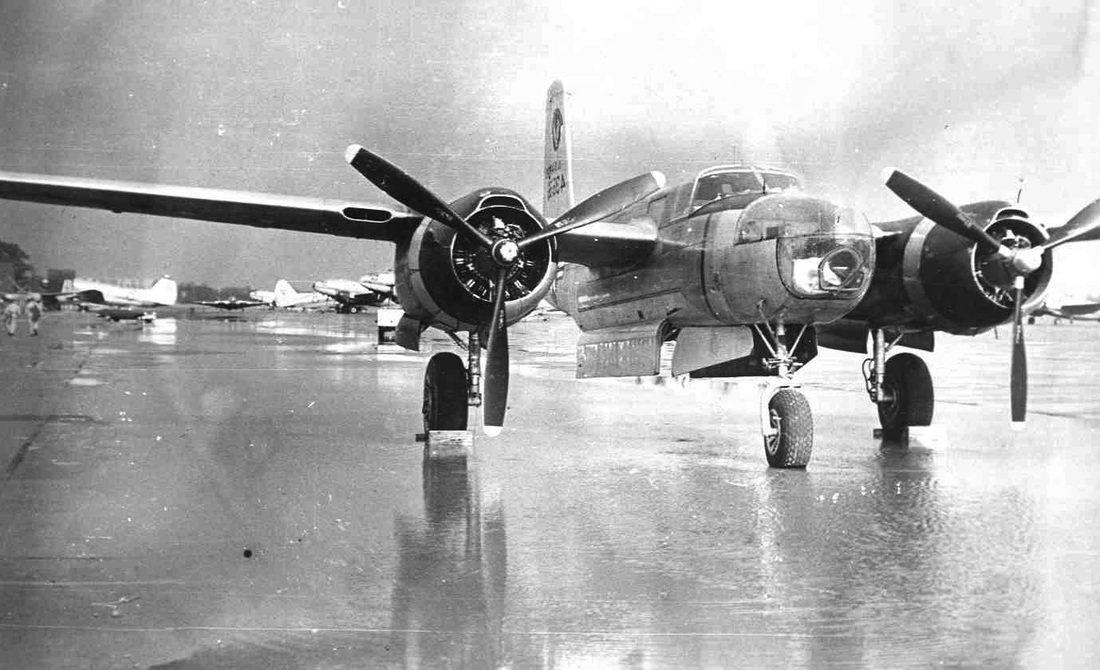 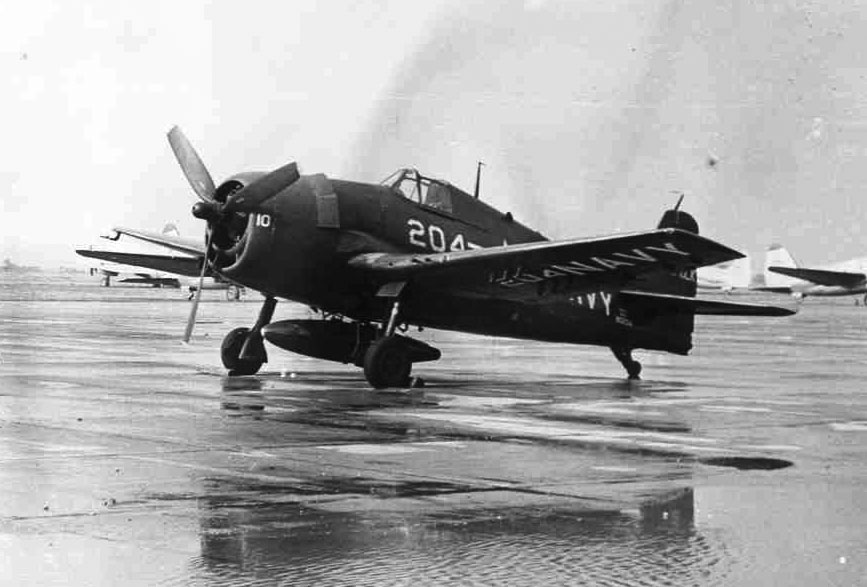