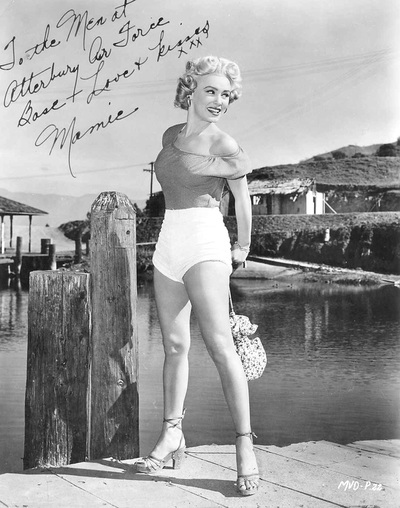 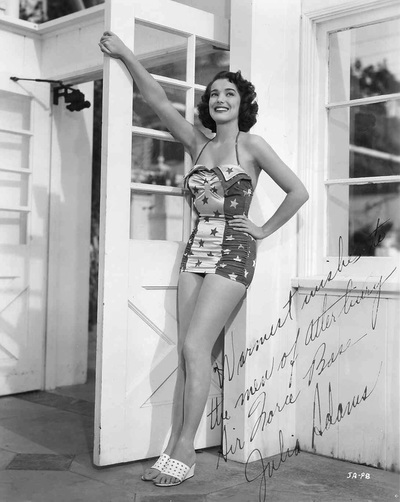 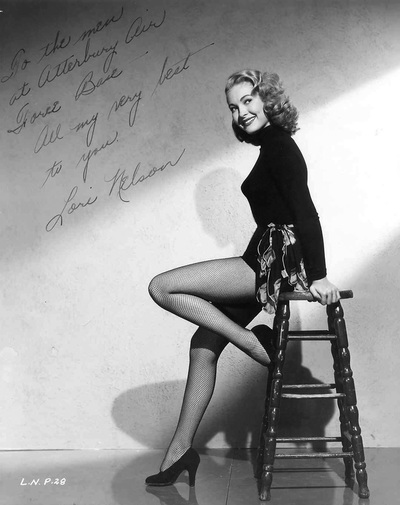 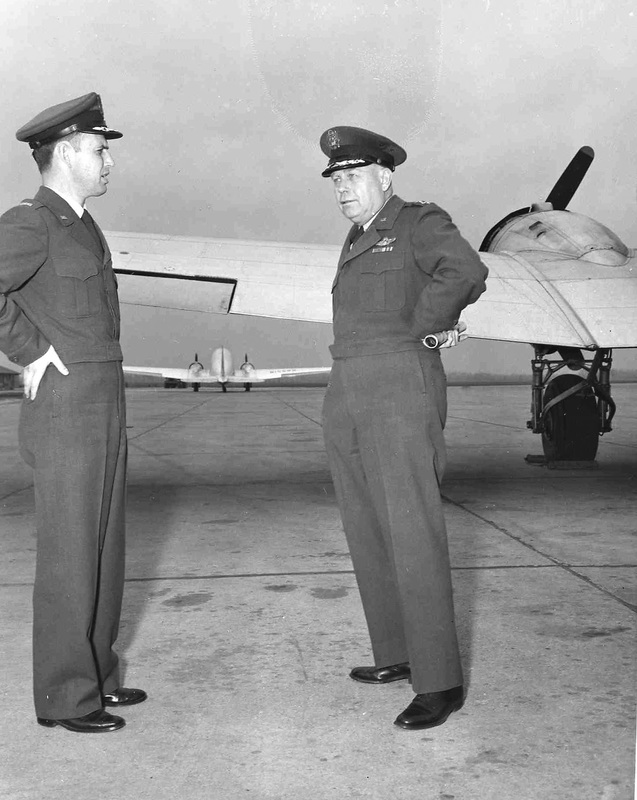 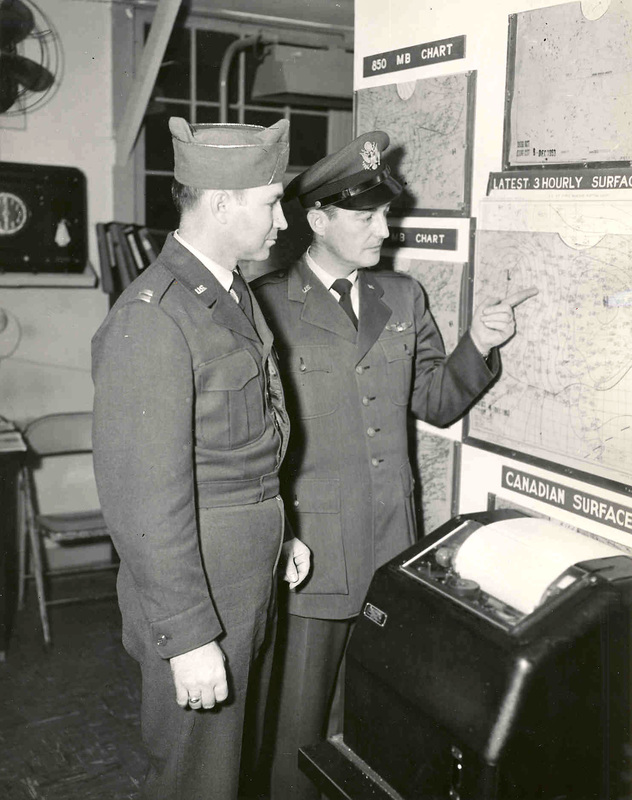 Major William F. Carpenter and an unknown Captain in the December 5, 1953 photo, checking out the weather maps. 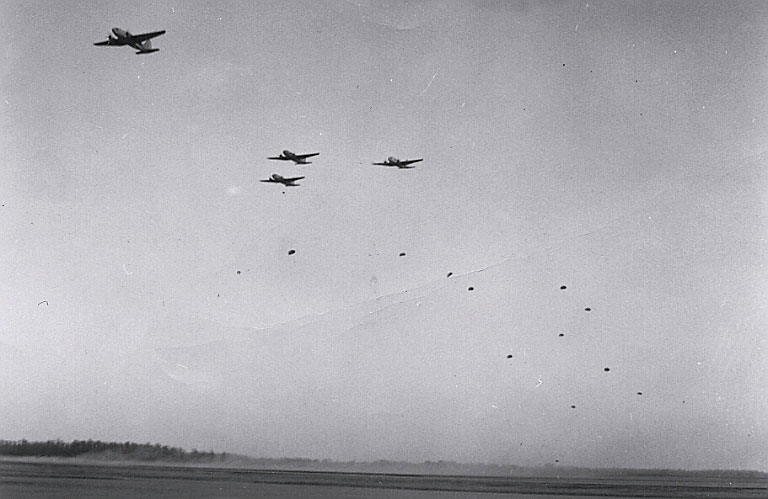 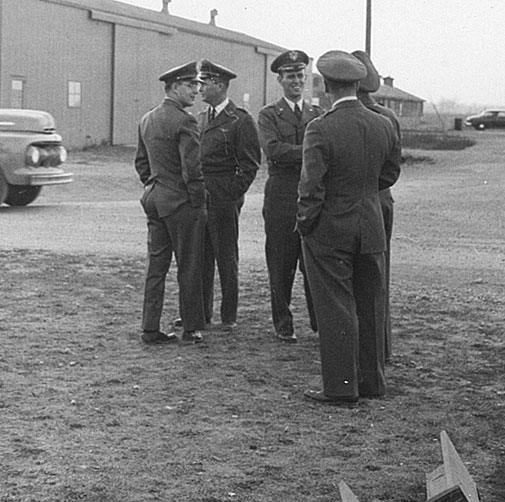 Commanding Officer H.O. Hamilton, Major Tweedell, Major McMasters, and Lt. Schrader. The fifth person is uncertain but could be Major Beech, the XO of the 2466th. 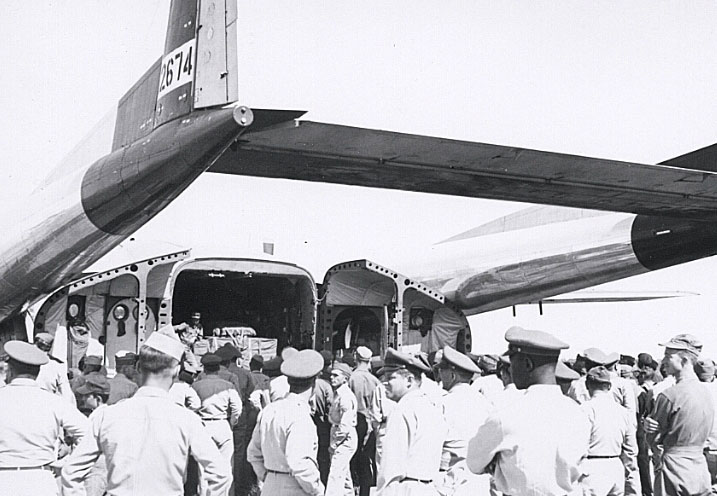 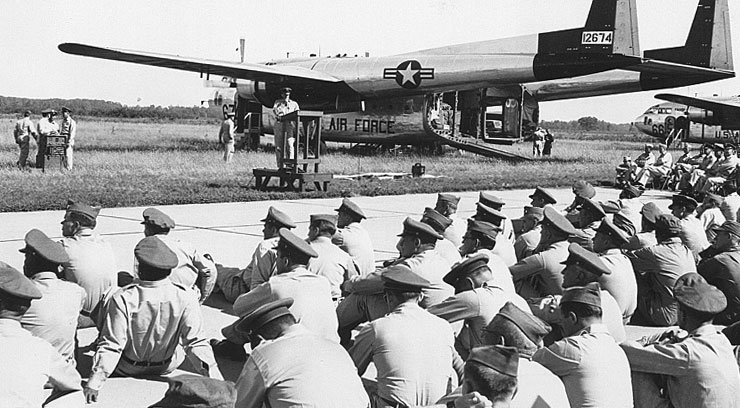 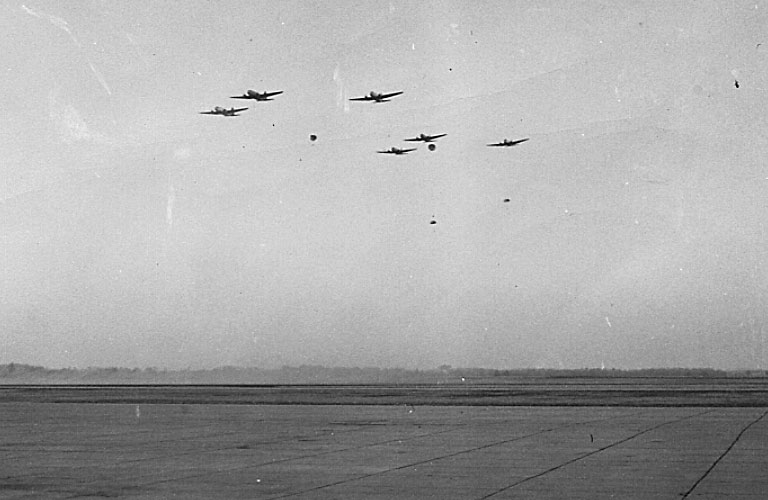 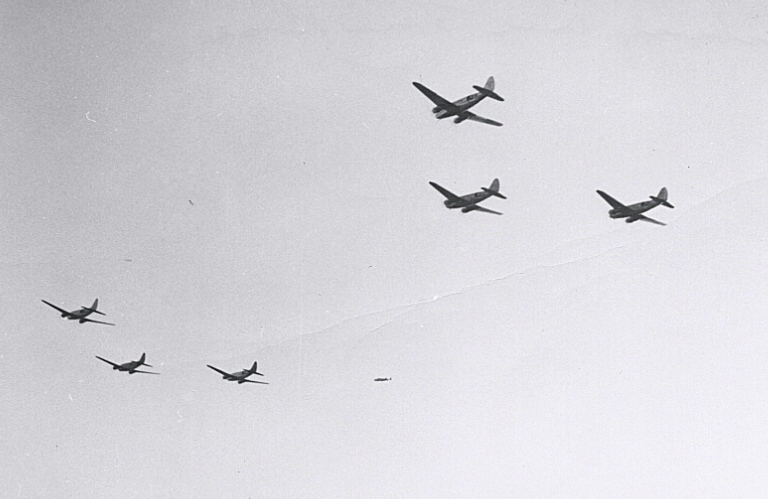 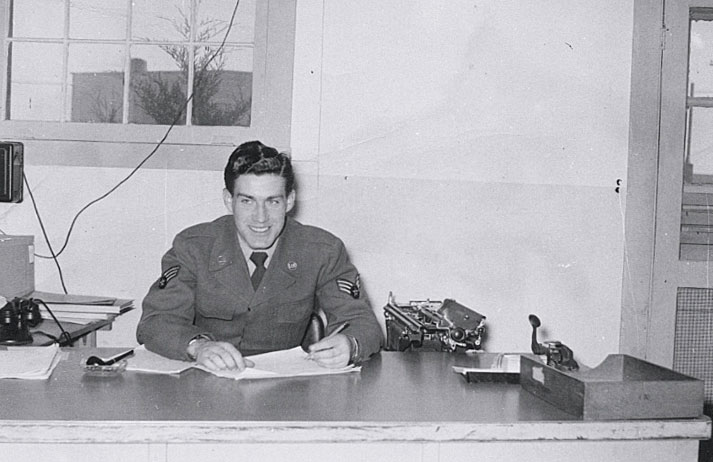 The smiling young man surrounded by state-of-the-art office equipment, circa November 1953, is Sergeant Larry Ercles. The C-119s on display were the model of aircraft soon to replace the C-46s of the 434th. 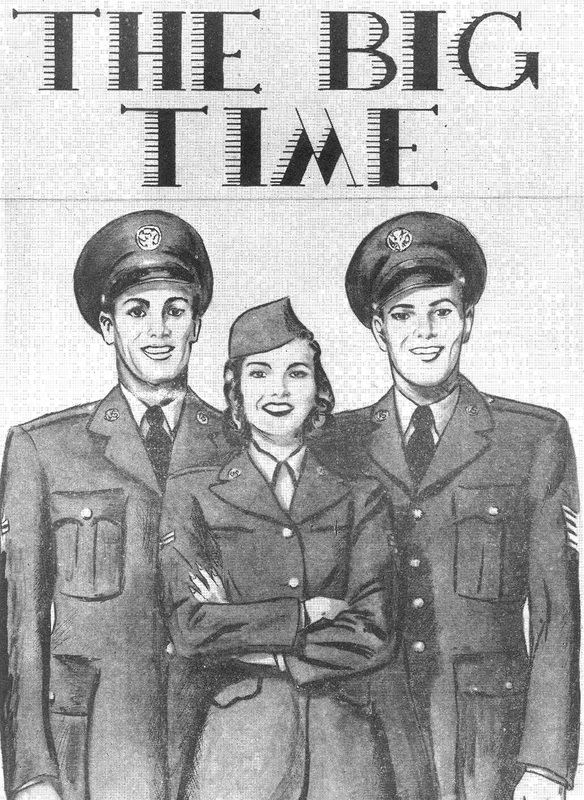 "The Big Time" was a publication of the 2466th. This cover is from an August 1951 issue distributed at the Atterbury Air Force Base, Columbus, Indiana. 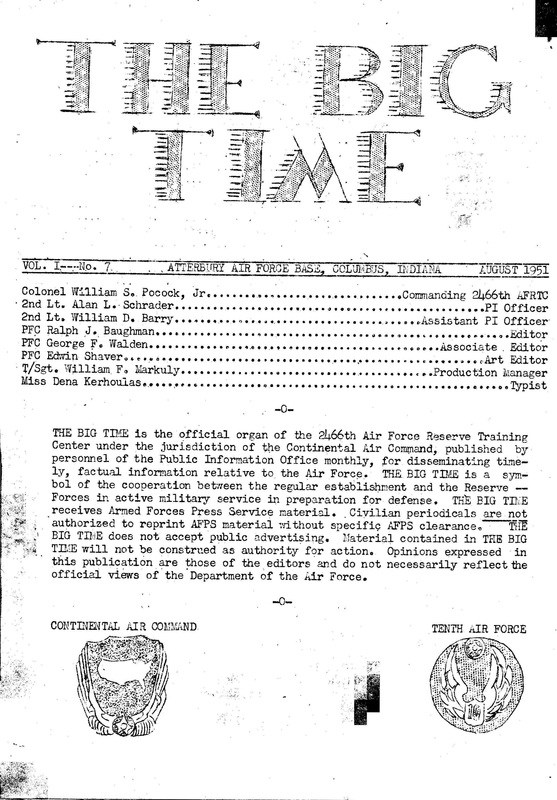 "The Big Time" index page from the August 1951 publication.
Here are some interesting excerpts from these publications:

Early last month they surrendered to the U. S. Navy. The had hold out on a tiny Anntahan island in the Mariana's for nearly six years after the end of WWII. They had insisted the war still was going on.

All except two had their hair close cropped, in the style of the old Japanese army. The wore U. S. Army shoes, khaki trousers, and Hawaiian aloha shirts.

The Japanese brought out two rifles, greased and wrapped carefully in parachute cloth. They had 40 clips of rifle ammunition left when they surrendered.
Personnel at Atterbury AFB were treated to a rare thrill on Friday, July 6, (1951) with unification-plus demonstrated for all to see.

The troops of the 434th TC Wg. passed in review to the martial airs of the 28th Division Band from Camp Atterbury. Taking the salute was Col. Pocock, AFRTC Commander, as guest reviewing officer for the wind-up parade before "Operation Southern Pine."

With precision timing, the first stick of paratroops dropped from the wild blue yonder, just as the last unit marched past the reviewing stand. Against the azure blue sky, the chutes slipped to avoid one another, striving to hit the drop zone on the nose. Women and children stood a few feet from the paratroopers of the 11th Airborne landed; and that was enough of a thrill to last them for some time to come.
FORBES' INDIANAPOLIS TV SHOW AIDS AIR FORCE RECRUITING

The country's costliest flood disaster that paralyzed the eastern half of Kansas and Kansas City, Mo. metropolitan area of 900,000,  presented an opportunity to Atterbury Air Force Base to participate in the flood relief program. Numerous flights were made from Atterbury to various other cities, to pick up supplies to be rushed to the stricken area.

Friday, July 13, (1951) another C-46 left Atterbury and flew to Fort Columbus, Columbus, Ohio where it picked up rations and flew them to the flood victims. At the same time, two more C-46's left the base and winged their way to Louisville, where cots and blankets were picked up and flow to the disaster area. Another Commando (C-46) left Atterbury for Ogden, Utah where canopies and drop canisters were loaded to be used as dropping equipment.
July 6, 1951 Issue of "The Big Time" publication

"Operation Hoosier" has advanced from a planning stage to an actuality. A recent survey of all Indiana Air Reservists is being utilized in staffing the 923 Reserve Training Wing. The following USAF Reserve Units are being organized effective 1 July (1951) at the Base under the direction of Col. William S. Pocock, Jr., Commanding Officer of the 2466th AFRTC.

Our Base Weather Station is Detachment 16-131, and is attached to Hq 434th Air Base Group for quarters, ratings and pay. The Sq Hq for our detachment is Hq 16th Weather Sq, Scott AFB, Ill. The Wing Hq is Hq 2059th Air Weather Wing, Tinker AFB, Okla., and Air Weather Service Headquarters, a sub-echelon of MATS, is located at Andrews AFB, Washington, D. C.

The 17th of June (1951) saw T/Sgt Ralph Owens and Miss Margaret Kiel tying the knot. Where they can be found at this time is a deep dark secret.

Three stripes came floating our way during June (1951) and landed right on the arms of S/Sgt Owens, Sgt Grady Grounds, Jr, and Sgt William D. Pruett. Congratulation to all three.

M/Sgt Jesse Mock had a nice quiet week at home, except of course, when he was playing house, roughing it with his three boys, or taking the wife, Carolyn on one of her frequent trips to Camp Atterbury. So you're positive it will be a girl this time, Jesse. Well, we will see-----Update: Daniel G. Mock of Fort Wayne, Indiana, the oldest of the three boys recently e-mailed the museum and said it was a girl, his sister was born in December 1951. MSGT Jesse Mock passed away in 1982. According to his son, MSGT Mock served a number of tours at Atterbury Air Base.
The NCO Club's Wednesday dances have continued along on a successful note. On July 4th (1951) and 11th dances were held at the Club with a small local combo supplying the dance music. July 18th, the 28th Division Band of Camp Atterbury provided the dance tempo. 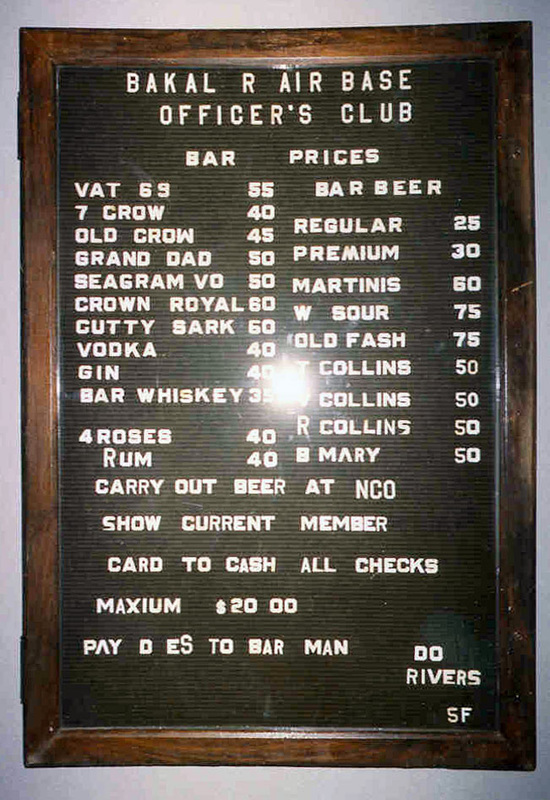 This Bakalar Air Force Base Officers Club drink price list sign is on display at the museum. This sign was returned in 2004 and donated to the museum. These prices reflect the late 1960s time period. The sign was in a private home and college dormitory, then returned to us after leaving the base over three decades ago.
These photographs appear to be taken during the late 1940s or early 1950s. There were no dates, names, or events noted on them. The only identification was the stamp on the back of each photo: F. K. Ellington Photo Columbus Indiana. 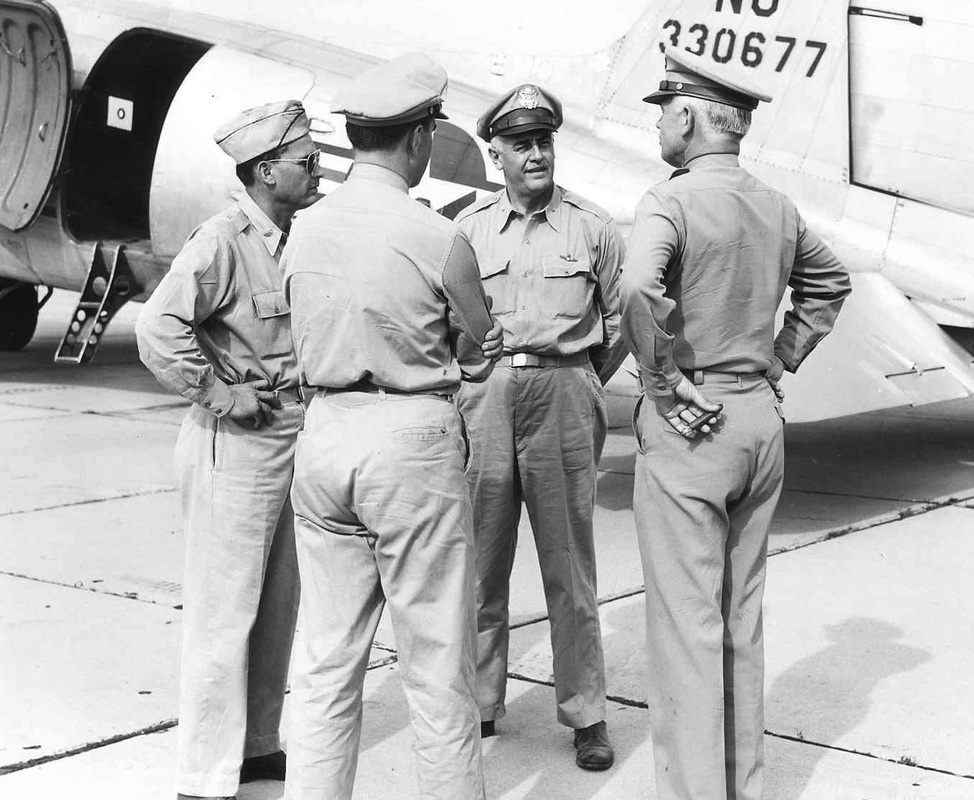 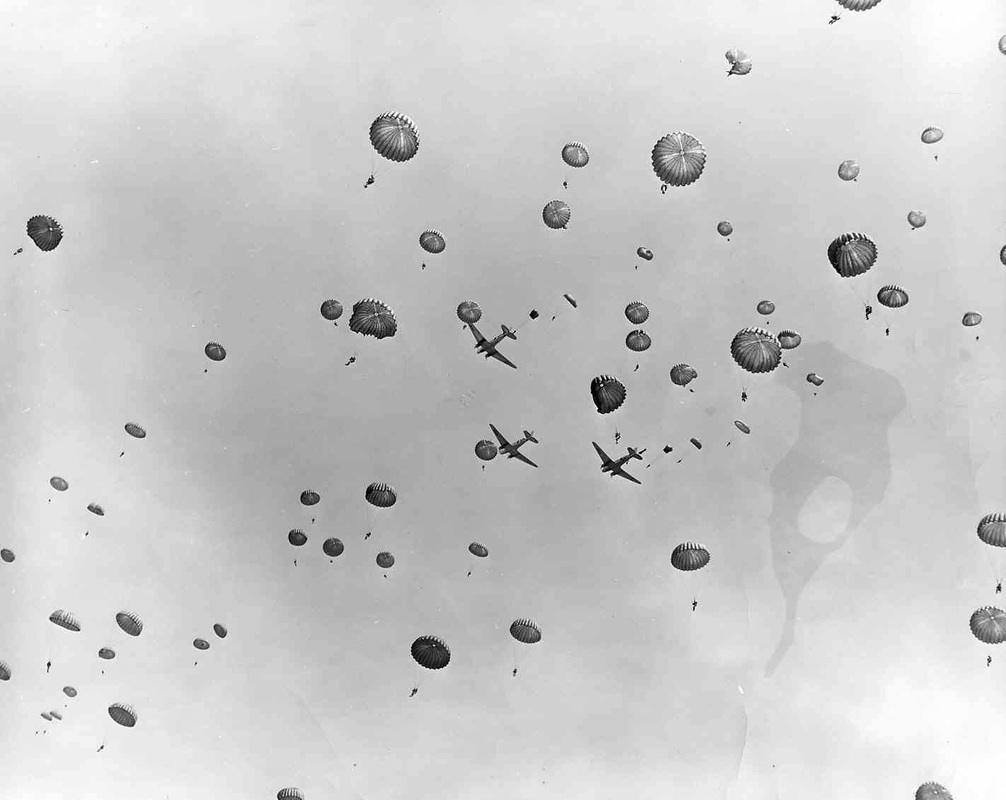 These photographs of unidentified Airmen and Red Cross workers during a Red Cross blood drive believed to be taken late 1940s or early 1950s at Atterbury Air Force Base. 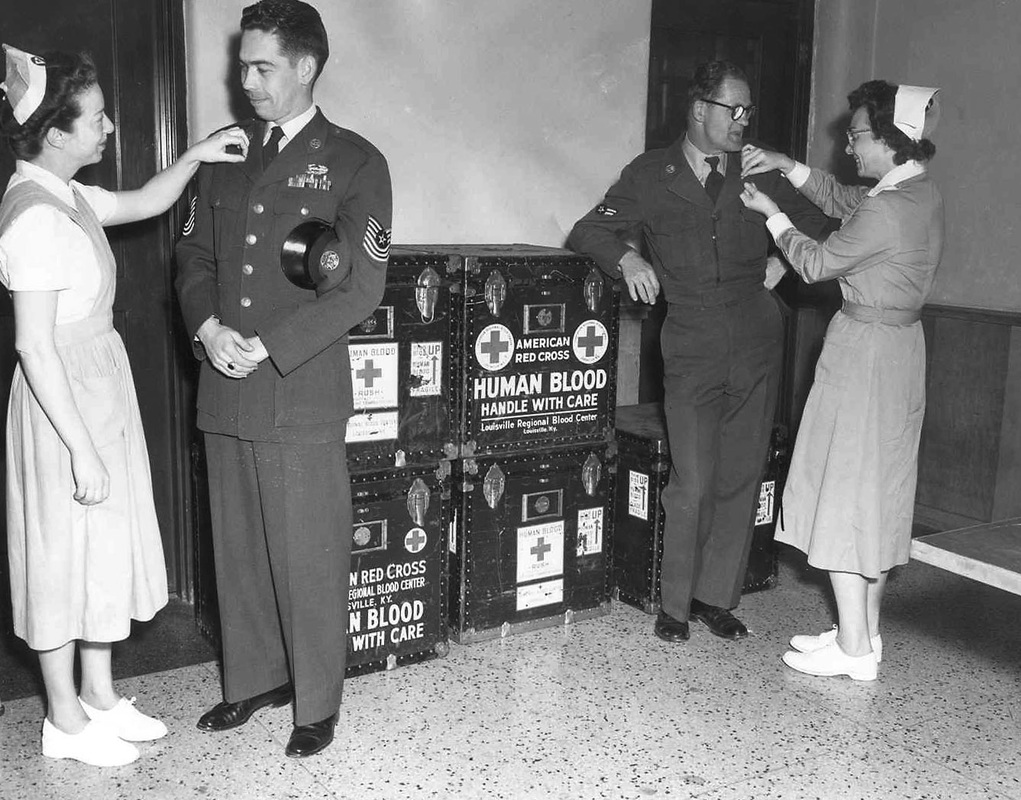 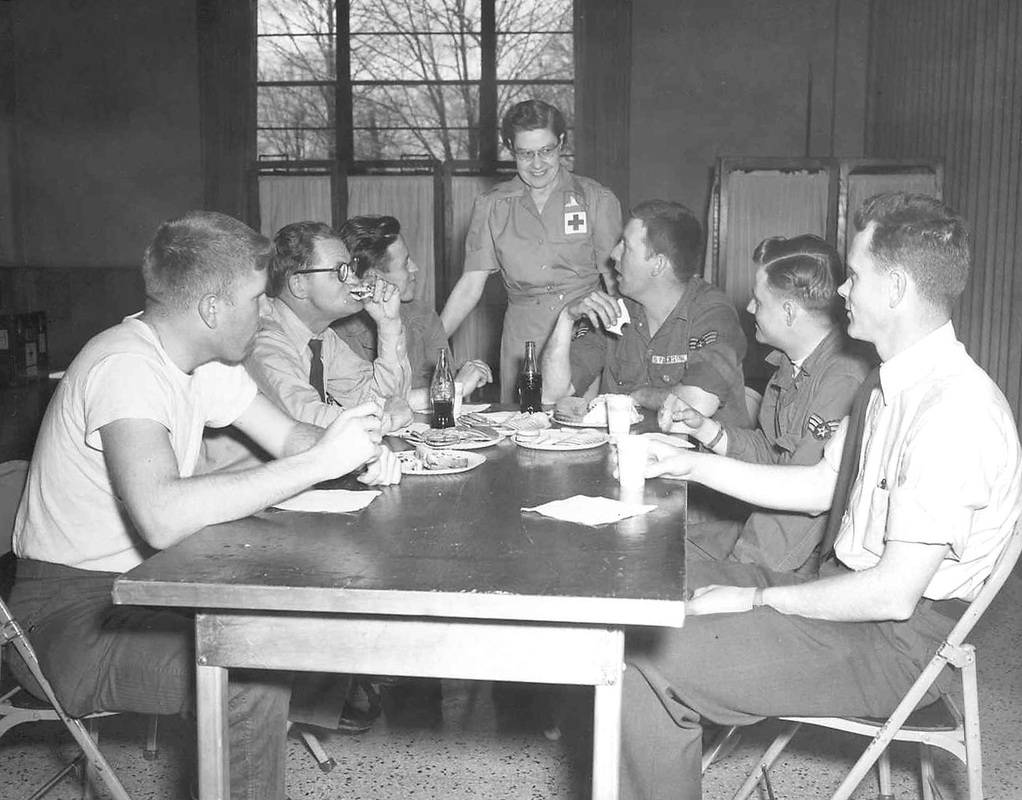 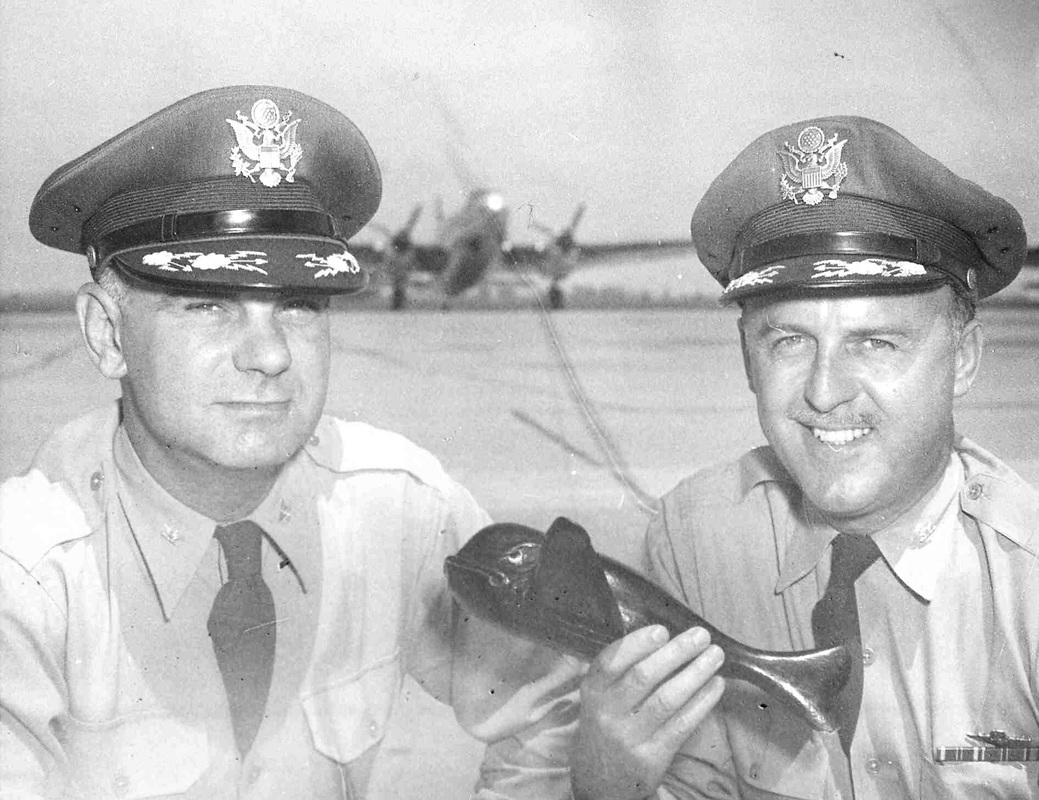